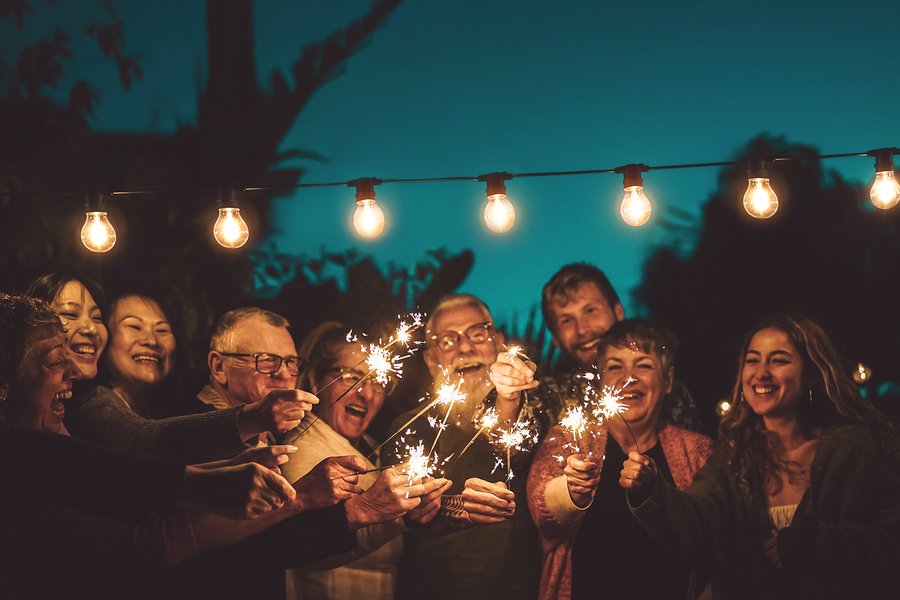 Youthfulness, vitality and a long, prosperous life have been sought after throughout human history. And now, it seems scientists may have discovered one of the keys to turning back the hands of time.

Researchers from Arizona State University and Texas A&M University have made a breakthrough discovery in plant DNA that could lead to stopping cancer cold and slowing the aging process, ABC affiliate News 15 Arizona reports.1

The research involves telomerase, an enzyme that produces the DNA of telomeres, which have been shown to play a role in the aging process. As your telomeres lengthen, they protect your cells from aging.

Take It From the Experts: Centenarians Share Their Secrets

While direct applications from the study to human health are distant, there are a number of things you can do now to improve your health span, according to one of the co-authors. In interviews and surveys with centenarians, certain themes came up time and time again when they explained why they’ve lived so long. The 10 most common reasons they gave for their long lives were:

Centenarians are the fastest growing segment of the U.S population, with numbers doubling every decade; by the year 2050, the number of people who will have reached the century mark is expected to pass 1 million.

Centenarians have 60% lower rates of heart disease, stroke and high blood pressure, yet scientific explanations for their health and longevity remain elusive. As a group, they are happy and optimistic and have extremely low rates of depression and other psychiatric problems, suggesting you may live longer by maintaining the right attitude.

Hopefulness and Positivity Affect the Heart

There are compelling links between cardiac health and mental health. For example, having untreated depression or anxiety disorder increases your odds of having a heart attack or developing heart disease. Stress hormones are again a primary culprit.

According to Julia Boehm, author of earlier Harvard studies looking at optimism and cardiovascular disease (CVD):2

“The absence of the negative is not the same thing as the presence of the positive. We found that factors such as optimism, life satisfaction and happiness are associated with reduced risk of CVD regardless of such factors as a person’s age, socioeconomic status, smoking status or body weight.”

“While most medical and public health efforts today focus on reducing risk factors for diseases, evidence has been mounting that enhancing psychological resilience may also make a difference.

Our new findings suggest that we should make efforts to boost optimism, which has been shown to be associated with healthier behaviors and healthier ways of coping with life challenges.

The Significance of Sound Sleep

Getting adequate sleep is an important part of both mental and physical health. Too much or too little can lead to metabolic issues, as well as changes in mood and your ability to focus. Your circadian rhythm, which affects your sleep/wake cycle, holds implications for your brain, body temperature, hormones and cell regeneration among other things.4

Italian researchers found that deletion of a specific gene related to aging also affects glucose homeostasis. According to their article, published in the journal Glia, “Disruption of the circadian cycle is strongly associated with metabolic imbalance and reduced longevity in humans.”6

Telomeres and telomerase activity are also controlled by your circadian rhythm,7 making proper sleep an important part of longevity. In a 2007 study involving 21,268 adult twins, Finnish researchers found that adults who slept more than eight hours per night, or less than seven, showed increased risk of death.8

Of course, the quality of your sleep is also important, not just the quantity. Good quality sleep, in the appropriate amount, can improve how you think and adapt to the demands on your time and changes throughout your day. There is evidence suggesting that a calm mind and active body are two important ingredients for longevity.

The meditative technique known as “mindfulness” has even been shown to have a beneficial effect on genetic expression. According to a 2018 article in Brain, Behavior, and Immunity,9 meditation has also been found to affect the enzyme telomerase, which some researchers believe is actively involved with the process of aging.

After Resting, Be Sure to Refuel

Additionally, there are many other strategies you can implement to improve your health and extend your life span. To live longer, you need to counteract the progressive loss of muscle mass by increasing your protein intake as you age. The elderly, bodybuilders and endurance athletes typically have higher than normal protein requirements for their age group.

Fasting 16 to 20 hours each day is likely ideal, as this allows your body to more thoroughly deplete the glycogen stores in your liver. Benefits of fasting include the suppression of mammalian target of rapamycin (mTOR) and the activation of autophagy, both of which play decisive roles in disease prevention and longevity.

You’d also be wise to avoid eating two to three hours before bed, as late-night eating will decrease your nicotinamide adenine dinucleotide (NAD+) level, which is crucial for health and longevity. Late-night eating will also make you pack on unwanted pounds, as the excess calories will not be burned but stored as fat.

Naturally, if you’re going to live longer, you’ll want to be healthy for the remainder, and that includes maintaining your cognitive function. Specific nutrients that can help prevent dementia and cognitive decline include vitamin D, DHA, folate and magnesium. Additional nutrients of notable interest, which are readily available in supplement form, include:

Kick the Chemicals to the Curb

Naturally, there’s also the issue of toxic exposures, which can take a toll on your health, so avoiding toxins is a given, right along with eating a wholesome diet of organic, unprocessed foods.

A group of scientists from Southeast University and Changzhou No. 7 People’s Hospital in China recently published a study10 about the role of plastics in our environment and how long-term exposure affects our health. They found that high concentrations of nanoplastic particles reduced the life span of roundworms.

They believe that different levels of exposure may have effects on locomotion and immune response, indicating that nanopolystyrene is likely toxic to all types of organisms.

“Our results highlight the potential of long-term nanopolystyrene exposure in reducing longevity and in affecting health state during the aging process in environmental organisms,” they wrote. Next week I will post my interview with leading researcher James Clement on his book, “The Switch,” that will go into far more fascinating details on this topic.