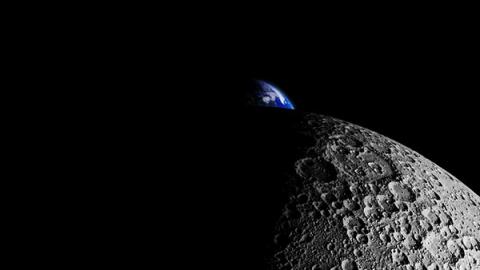 The Chinese lunar mission on the far side of the moon may have found answers to long-standing questions on the satellite’s mantle.

The mission was led by Chunlai Li, a researcher from the National Astronomical Observatories at the Chinese Academy of Sciences. The lander-rover duo, Chang’e 4 lander and Yutu 2, successfully landed on the far side of the moon earlier this year. Both robots brought with them some of the most advanced pieces of equipment, which allowed them to gather information in great detail.

The discovery of two minerals, low-calcium pyroxene and olivine, led to a deeper understanding of not only the lunar mantle, but also the overall evolution of planetary interiors. The researchers published their findings in the journal Nature.

The first landing on the far side

The Chang’e 4 mission, which was named after the moon goddess in Chinese mythology, achieved a first in the history of space exploration: It was the first lunar mission to successfully land on the far side of the moon.

Unknown to many, there is only one observable side of the moon from Earth – the “near” side. This is because the moon takes about the same amount of time to spin once on its axis and to complete one revolution around Earth, which is 27.3 days. So most efforts to explore the moon was done on the near side, including NASA’s Apollo missions.

The far side was left unexplored for a long time. The moon’s rocky bulk made it difficult for rovers and landers to properly communicate with stations on Earth. Efforts such as Soviet Russia’s Luna 3 Mission and NASA’s Lunar Reconnaissance Orbiter (LRO) allowed some glimpses into the far side through aerial images. Compared to the near side, the images revealed less oceanic features. They also revealed pictures of numerous impact craters and wide basins.

China decided to become the first to land on the far side. To resolve the communication issue, China launched Queqiao in 2018. It is a relay satellite, positioned to keep both Earth and Chang’e 4 in sight. Because of its strategic position, it would be able to mediate the flow of information between the two.

The mantle of the moon is a mystery for space explorers. Like Earth, the moon is also comprised of layers: the crust, the mantle, and the core. Planetary scientists theorize that the moon resulted from a large impact on Earth, which threw off large amounts of solid and molten materials into space. The young moon’s entire surface would have been covered with molten magma, where minerals separated by density. Thus, the lighter plagioclase went on top at the crust, and minerals rich in iron and mineral sunk into the mantle.

The Chang’e 4 lander touched down on the floor of the Von Karman Crater, a 115-mile-wide hole in the South Pole-Aitken (SPA) basin. The latter is 1,550 miles wide and 7.5 miles deep, making it one of the biggest impact features in the solar system. The researchers hoped that the basin was deep enough to reach the mantle and that some of its minerals had surfaced.

Yutu 2 rover is equipped with a Visible and Near-Infrared Spectrometer (VNIS), an instrument designed to analyze minerals in soil. This device uses beams of light from the visible and near-infrared portion of the spectrum and collects data based on the wavelengths of light that reflect off the sample. Afterward, the result is compared to a database of known minerals. Same wavelengths of light signifies a match.

The Yutu 2 rover matched the soil sample in the crater to two minerals. The patterns of light revealed high levels of low-calcium pyroxene and olivine, which are commonly found in igneous and metamorphic rocks. Scientists have long theorized that the moon’s mantle was made of these compounds, and this was the first potential evidence for it.