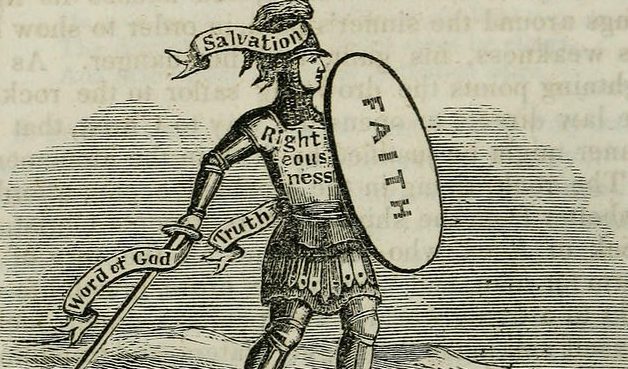 After a fair number of years being a designated “prepper” and enjoying the heaps of blessings and trials I’ve received, it happens that occasionally I take a tally on my soul and recall the lessons from my life as a disciple in Christ. Now, your mileage may vary depending on the faith, or lack thereof, you have committed yourself to. For me, it was an easy choice to make early in life, as the benefits greatly outweighed the costs (considering an eternity in torment apart from my Creator as the greatest of these). Since making the choice nearly 50 years ago to subscribe to the teachings of a protestant Christian faith, I have only affirmed and reinforced that decision over time, with a lifetime of experiences to support my choice.

As it happens, like many others at the time, I became a solid convert to the prepping mindset circa the turn of the century, when I realized the vulnerability of civilization during the Year 2000 (Y2K) wind-up. But really, it was the desperation of an early adult life in the 1980s and 1990s that set that stage moreso than just the talk of the time, for I had experienced poverty, starvation, and destitution enough by the time I was in my mid-twenties to know the consequences of having to do without. The fact that I also started a family without first securing a decent living only made the apparent that much more painfully obvious. Being responsible for the welfare of others like that can be quite effective at waking the child into real adulthood.

Now, I am counseled in the Word that we should be good stewards of our “Talents”, that when we are provisioned, we have a duty to manage those blessings as the servants we have agreed to become. Therefore, it just seemed prudent to me to stockpile, to learn the skills, and to teach my progeny. Somewhere in there, the quest to improve my provisioning ability led me to seek ever more challenging work assignments, to learn to do things that others couldn’t, or more importantly wouldn’t, and thereby increase my value in the marketplace. While this did require some sacrifices which in retrospect were more expensive than I expected them to be at the time, the end result was, for the most part, the outcome I was looking for.

Now it should be stated that if you are going to pursue such ambitions, you really ought to be partnered with someone who’s outlook is compatible with yours. Sadly, this was not the case in my particular situation, though I didn’t realize it at the time. Thus, much of my accomplishment was squandered, and the risks I undertook meaningless. But that is on me for being naïve and foolish and not making a good choice on picking a mate. However, I stand by decisions, even when they turn into mistakes, and I take my vows seriously, so no crying over spilled milk. It is what it is and that is that.

Something I did come to learn over time; that becoming the prepper type I was, I was placing far too much value on having, and not enough on being. It’s a hard concept to describe, but let’s just say that our quality of life should never be based on materialistic standards, even when it comes to being preppers, and therein lies the thesis of this lesson.

Regardless of the context of your life’s consideration, whether it be from a prepper perspective, or as a parent and spouse, or just your career, the thing’s you possess will never be a good measure of who you are, or more importantly, what you are about.

LIFE AS A CHRISTIAN

In my case, I am first and foremost a Christian. I have tried to live my life as a Christian, and I have taken to heart the tenets of that faith to the limits of my ego. To my detriment, I find that I fail quite often to live up to my expectations. But by the grace of God, I do not stop trying. It is in this venue that I have metered my prepping efforts and way of thinking. To wit, what is it I am preparing for? While the mundane answer must be the hardship and calamity that would overtake me were I unprepared for some as yet realized Schumer Hits The Fan (SHTF) event, the far more important response requires that I must first realize and reconcile that eventually my life will end, and all the possessions and relations and blessings I have will be taken from me, and I will be left even without corporeal form. Since this has always been a part of the core of my faith, I am compelled to face that reality, and put into play those directives which guide that faith so as not to undermine my most important objective.

What does this mean exactly? Well for starters, it means I have at least two commandments I must follow, and comply with as often as I am presented with the opportunity. The first of these is a very personal thing, as it involves my personal relationship with my God, and can only manifest itself indirectly. However, the second directive does invoke me to put my fellow man ahead of, or at least on par with, my own interests. Now, who would rationally ask for an opportunity to divest themselves of hard-earned resources just to help others we would otherwise have no interest in? Yet time and again, I find myself doing that very thing. I guess some cynical types would say that is me hedging on my values. Well, maybe. Then again, I do seem to have this surplus running, and even though there are myriad things I could acquire that might be either immediately beneficial or a hedge against perceived future risk for me and mine, I am still faced with some nagging parables from childhood.

From a certain perspective, one could say I am giving from my “abundance”. However, since my own resources are finite and not acquired without a certain amount of effort on my part, and my perceived “needs” are apparently unending, one could also argue that I give from that which I am or will someday be depending.   Yes, I know, it’s a bit of a conundrum, at least until you reconsider the end game from my point of view. Remember that someday I expect to lose it all anyways, as will all of us. Inheritance aside, I taught my children how to fish a long time ago, so they really don’t need anything more from me that I could provide anyways, at least not in a material sense.

What am I Saving For?

So, what exactly am I saving for? Retirement was never a consideration for me. I figured social security would be a pipe dream by the time I could ever make use of it, and Pelosi is doing her level best to make that come true. In any case, it is not something I can depend on. No, for me the plan was always to work till I drop, produce until I am spent, then either I will perish or I will reluctantly become society’s burden, which is what it appears the powers that be want anyways. But by then I really won’t care much either way, other than I would prefer the former to the latter. So my hope is that I will continue to use the abilities I’ve been given up till the point where this world is done with me, or I with it. Then my hope will be that God takes me quickly and without a lot of suffering. But if not, even suffering ends eventually. After that, none of this will matter, not the pain, or the glory, or the awe, or any of it. Only everlasting bliss in a fashion I cannot now conceive, and that is a good thing to look forward to. Wouldn’t it then be a great thing if, as a last conscious act, I was allowed to glorify Him in deed one final time? That, too, I think would be worth asking for. Lord, let my last breath be in service to you and my fellow man.