by Shaun Attwood, Need To Know: 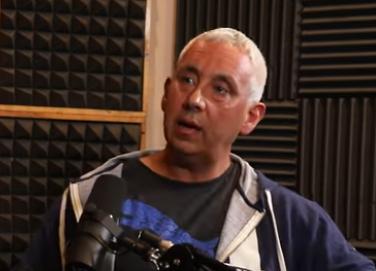 UK: Jon Wedger, a retired police detective who served with Scotland yard for 27 years and specialized in pedophile rings, reveals how police protect politicians, celebrities, and other powerful people who commit pedophilia. [Child sex abuse is a political strategy that creates a means to control politicians and judges through blackmail. It has become a standard method of operation at the highest levels in almost all governments of the world, which is why it is so difficult to get governments to clean it up.] GEG

Police veteran Jon Wedger explains in this in-depth interview the conspiracy of cover-ups that come from the top when the names of prominent people are discovered. He says that care homes, residential homes for children who have been separated from their families, were the source of sexual abuse and rape, and led to prostitution, drug abuse and other crimes. He was removed from a number of positions after uncovering child sex abuse, because police in top positions are complicit or covering up for politicians, celebrities and other powerful people.

He was warned by the chief superintendent that child prostitution ran so deep with people who were connected that, if he continued to pursue the issue, he would lose his job, his house, and his children. After Wedger blew the whistle on police cover-ups, he was bullied and threatened.

Wedger investigated the child-protection industry and discovered the lucrative business of privately run care homes that can pay owners over $2,500 per child per week. He says the abuse and prostitution in the care homes is an organized-crime operation involving high-ranking police and politicians. Wedger says the kids are being picked up from the care homes, abused, and then returned after the weekend. 80% of trafficking is within the family or those who have been given parental authority over the children. Sexual assault on children happens in all racial groups. All religious institutions have a problem with pedophilia but are protected by law enforcement. There is only a 2% prosecution rate on child prostitution.

Currently, Wedger works with victims of abuse, campaigns for police whistleblowers and helps victims put cases back together after police cover them up. Victims have identified Edward (Ted) Heath, Britain’s Prime Minister from 1970 to 1974, as a sexual abuser of young boys from care homes, showing that abusers can reach the loftiest positions, in spite of (or perhaps because of) their crimes.