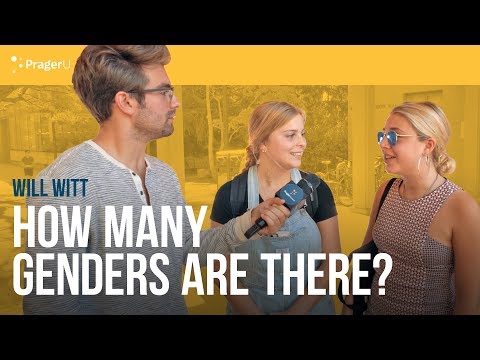 These are the rotten fruits of “higher education”.

Will Witt of PragerU recently visited the University of California, Berkeley campus and asked multiple students on camera questions about how many genders there are, and if it’s okay for men to use the same bathrooms and locker rooms as women.

The first student in the video said there’s an “infinite” number of genders, and that “you can’t put things in boundaries. You can define yourself as whatever you want.”vOther students said there are “a spectrum of genders,” “five, six, maybe,” and “like 72-plus or something.”

While many of the respondents struggled to name genders other than male and female, the female student who said around 72 provided several terms: “Third gender, cisgender, agender, ciswoman, cisman, and nonbinary/other,” but admitted she could not name all 72 genders.

Asked if she believed that a man who identifies as a woman should be allowed to use the women’s restroom, one student said “Yeah” and that someone can be considered a woman even if they have a penis.