For over a year, Department of Justice Inspector General Michael Horowitz has been ‘investigating the investigators’ – as has become the common parlance – and the last few months have seen growing angst among those on the left about what (and who) his report on FISA abuse and the origins of the Russia investigation may include.

As Townhall reports, investigations for the report have been concluded since September and have been reviewed by DOJ for classified information; and today, we get a step closer to finding out as Senate Judiciary Committee Chairman Lindsey Graham released a statement confirming the dates for Horowitz’s testimony.

“I appreciate all the hard work by Mr. Horowitz and his team regarding the Carter Page FISA warrant application and the counterintelligence investigation of the Trump campaign,” Graham said.

“Mr. Horowitz will be appearing before the Senate Judiciary Committee on December 11, where he will deliver a detailed report of what he found regarding his investigation, along with recommendations as to how to make our judicial and investigative systems better.”

Supply Shock is Coming to Crypto, and it Could Send Prices Soaring

“I look forward to hearing from him. He is a good man that has served our nation well.”

As do many others.

The timing of Horowitz’ testimony indicates a release for the highly anticipated report during the first week of December – which makes sense given this week’s impeachment circus will suck all the oxygen out of the room and next week is Thanksgiving.

Democrats are pouring it on this week ahead of a post-Thanksgiving cold water deluge of bad news that will detail charges against the progenitors of RussiaGate. The roll-call may be a long one, including many actors whose turpitudes have been publicly and richly documented for many months – Messers, Brennan, Clapper, Comey, Rosenstein, McCabe, Strzok, Halper, Ms. Page, et. al – and, if real justice is on order, not a few figures lurking in the Deep State deep background — John Carlin, Bill Priestap, Dana Boente, Michael Gaeta, Sally Yates, Loretta Lynch, Susan Rice, Samantha Power, and perhaps even the archangel Barack Obama, just in time for Christmas, too. Robert Mueller and Andrew Weissmann deserve to be included for what amounted to a blatant, arrantly mendacious malicious prosecution, knowing that they had no case and proceeding anyway for two whole years. 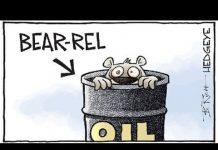