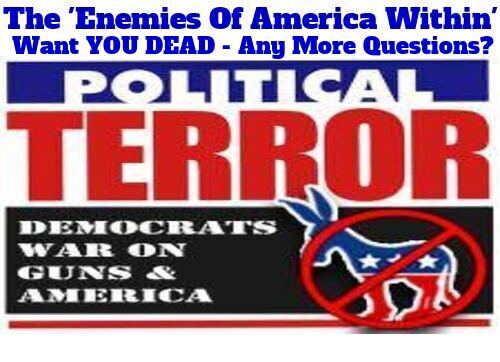 Events are rushing ahead at an ever-quickening pace, and it is becoming increasingly obvious that this cannot go on much longer. The US national debt now exceeds $22.03 trillion dollars. A trillion is a thousand times a billion, which is a thousand times a million, which is a thousand times a thousand. America’s unfunded liabilities (projected future costs of, mostly, Medicare and Social Security which we cannot pay for) total about $45.8 trillion dollars. Add to that the debts of many state and local governments, the huge student loan debt, and private debt, and it is clear that we are headed for an inevitable economic decline or even collapse in the near future. As of 2016 the yearly interest on the national debt was a mind boggling $240 billion, almost all of it going to powerful banks, often foreign banks. We continue to add to the debt by spending more than we take in; as of 2018 the federal government spent $4.1 trillion and took in only$3.3 trillion. This alone guarantees the final destruction of our former Republic.

Not satisfied with this, our glorious leaders import hordes of legal and illegal aliens, many of them unable to speak English and illiterate in their own languages. They receive free goodies on our shrinking dime, take jobs from Americans, and commit crimes. Many are Muslims who hate America, hate Christians, hate Jews, and want Sharia law. But if granted citizenship they are reliable Demoncrap voters, or, given the level of vote fraud, even if they are not citizens. Even leftist Wikipedia admits that as of 2015 there were 47 million immigrants in the US and that in 2016 there were some 10.7 million illegals.

Over one million aliens are allowed in legally every year. The real number of aliens is certainly much higher; illegals now infesting what is left of America probably total over 20 million, and perhaps much higher. Their net cost to our economy is at least $135 billion each year. Trump supporters claim that the President has reduced the influx, but reports from the border show them still pouring in, and, so far, still being released by the Border Patrol. As I have pointed out before, there is nothing in our late, great Constitution that affords the invaders any kind of hearing before being summarily deported or even to a trial before being summarily imprisoned or shot. All by itself, at present levels, immigration will finish the destruction of America, turning our once beautiful country into a teeming, Balkanized, Third World Hell. 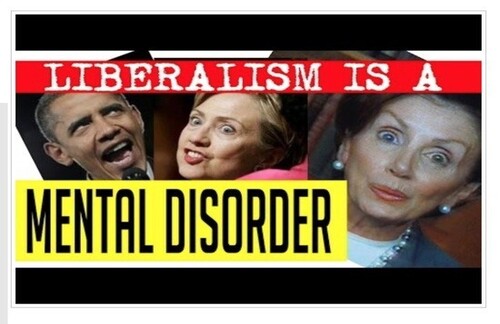 Meanwhile, a thermonuclear war is still possible, as the neocons, mighty warriors that they are, continue to portray Putin as a latter day Hitler and clamor for ever more foreign wars. Our leaders have yet to harden our electric grid against natural or manmade EMP. Leftist governors and mayors, the same ones who have declared the lands they rule to be “sanctuary” cities and states (there is no sanctuary for our own citizens), have, via welfare goodies, attracted the “homeless,” meaning criminals and drug addicted vagrants, turning once beautiful cities into literal s..t holes, with vagrants camping on the sidewalks, blocking the traffic, and covering the pavement with feces and garbage.


In the People’s Republic of Portland, a leftist official recently decreed that even using firehoses to wash away the feces is “racist.” But to leftists, everything is “racist”; this is their designated conversation stopper. There is no limit to their madness. Now, diseases (many brought in by illegal aliens) are spreading, with STDs, drug-resistant TB, and typhus becoming common. Cholera and Bubonic Plague wait just offstage.

And the environazis are not in the least concerned that the garbage and feces wash into streams and into the ocean, but then these are the same eco-freaks who take private jets to conferences to talk about imaginary global warming.

Yet even this level of sheer madness is not enough to satisfy the communists (which really means fascist) Demoncraps. Led by the “squad” of four…the bug-eyed girl AOC, the two America-hating Muslims Rashida Tlaib and Ilhan Omar, and the mindless Black racist Ayanna Pressley, the Demoncraps want to force Americans to accept a mandatory federal health insurance program that would be unaffordable. But even this is not enough for the four witches; they want to give aliens, including illegals, full coverage at our expense (and allow them to vote legally in our elections), and to eliminate ICE and completely open our borders. We can’t even pay for our current Medicare system, and they want it expanded for the benefits of literally hundreds of millions of America-hating Third World Blacks, Latinos, and Muslims. 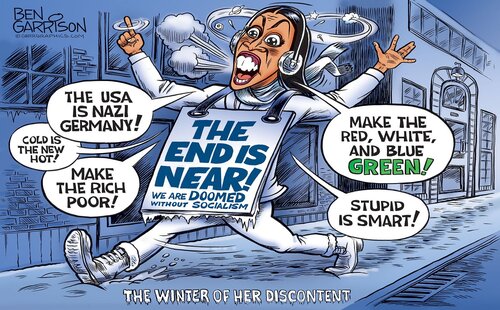 And then there is their “green new deal,” an econazi’s dream. They want to ban fracking (which has been supplying much of our oil and gas), ban coal, ban nuclear (despite the existence of inherently safe nuclear reactor designs which produce none of the dreaded plant food, CO2), ban cars (for us serfs, but not for the elites), and ban airline travel (they will still have their private jets). We have long since crossed the line into literally certifiable mental illness…but wait; there’s more.

They want to retrofit every building in America at the taxpayer’s expense, to conserve energy don’t you know and save Earth from the imaginary peril of “climate change.” We can’t even afford to repair much of our existing infrastructure, and the Demoncraps essentially want to level everything and start over. They want to ban beef (for us, but not for them) because, you know, cow flatulence causes global warming. Right.

And they continue to promote the evil Glibett (GLBT, etc.) agenda, brainwashing young children to be promiscuous, to become homosexuals and lesbians, and to be drugged and sexually mutilated (even if it is against the will of their parents) in vain attempts to turn boys into girls and girls into boys. What really happens is that they become unable to reproduce, and their health is wrecked and their lives shortened (even if they don’t commit suicide, which many do). The fascists’ madness is so deep that many rank and file leftists literally believe that men can menstruate and become pregnant and women can become football linepersons. Hitler, Stalin, and Mao never forced this on the children under their control, but our leftists make those tyrants appear almost benign by comparison.

We would like to believe that the American people are not so utterly depraved and irrational as to fall for this lunacy, and that the Demoncraps will simply lose most elections, including the Presidency, and lose control of the House. But the Demoncraps are masters of vote fraud and the cowardly RINOs always let them get away with it, and it is not clear that Trump and many other Republicans really offer an alternative. And the indoc centers (formerly known as “schools”) have done their job, and many Americans are hopelessly dumbed down, morally degraded, and brainwashed. People dumb enough to believe in manmade climate change will fall for anything. So we now face the near certainty of fascist tyranny (which we must resist) and/or economic collapse and deadly epidemics. But there is a ray of hope…sort of. 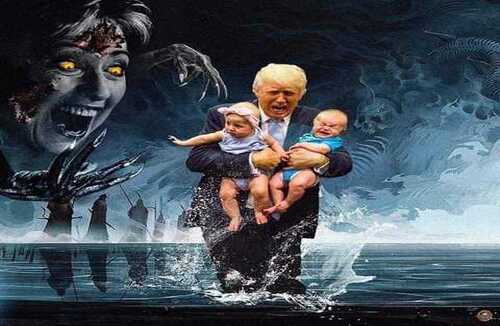 Thanks to the alternative media, and a few good people on Fox, especially Tucker Carlson, Jeanine Pirro, and Laura Ingraham and some of their guests, an ever-larger minority of Americans are aware that we are ruled over by a corrupt and murderous oligarchy, a self-appointed elite of sociopaths.

Many Americans know about the Deep State and the NWO elites who control it, and are aware of the total corruption of the federal police and intelligence agencies, and we have nothing but utter contempt for most of the slimestream media. We are desperate, even fighting mad, and our patience is wearing thin. We understand that between us and the rank and file Demoncraps who continue to guzzle the Kool-Aid there is a chasm that can never be bridged. There can be no reconciliation, no compromise, no peaceful coexistence.

No matter what happens, a great many Americans are likely to die in the next few years. And the leftist followers of the elites are concentrated in the disease and crime-ridden cities, where the casualties will be the highest. Patriots are more prone to live in suburbs, small towns, and rural areas, where the death toll will be much lower, and are more likely to own firearms for self-defense, and more likely to be preppers. When the dust settles, more of us will still be standing.