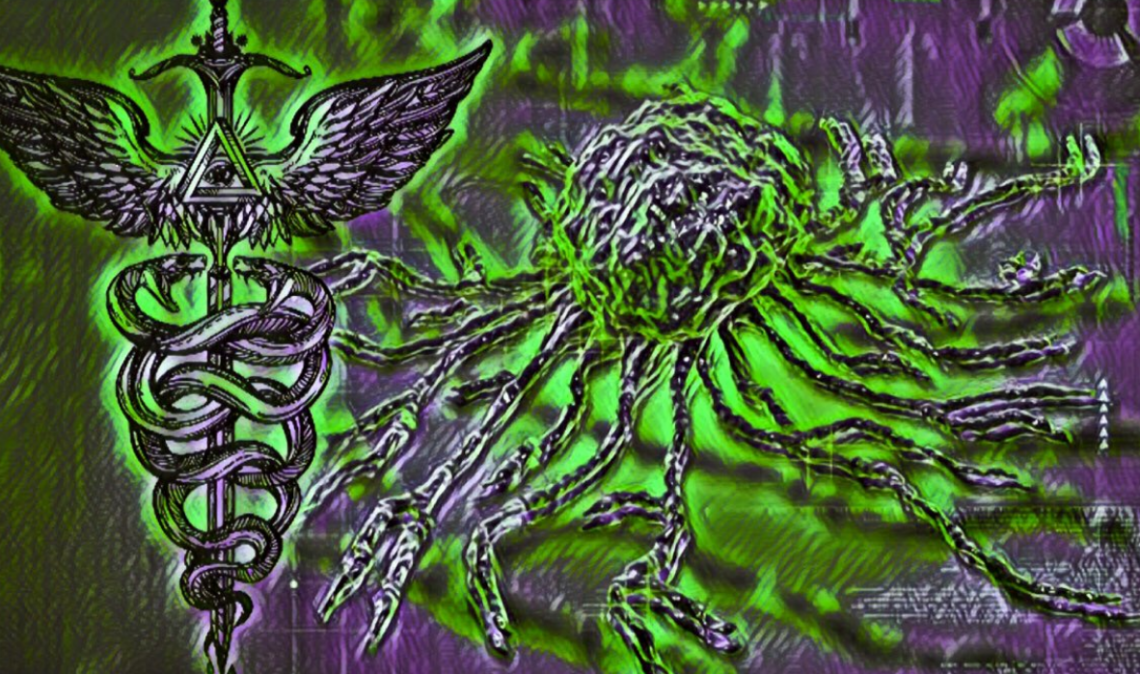 There is a cancer within what we know of as modern medicine – eating away at the very heart of its original design.  Rather than saving and healing humanity, this cancer seeks to destroy us from within. As we continue to dissect the cancer within, in this segment of the report, we will focus on the area of mind control and those who have shaped the minds of the masses since the turn of the 20th century.

Manipulation of the Unconscious Mind

The study of the unconscious mind gained wide attention at the turn of the 20th century, through the research of Sigmund Freud, who popularized the concept that the conscious mind represents only the tip of the iceberg, while a vastly larger portion of the mind remains hidden below the surface. Freud postulated that repressed thoughts, emotions, memories, impulses and wishes of the unconscious mind are the primary source of human behavior and sought to analyze the hidden realm of the unconscious mind through the founding of psychoanalysis. Freud’s psychoanalytic theory of personality heavily focused on the sexual drive of humans, with an emphasis on incest, in various developmental states which he defined as the oral, anal, and phallic phases. Much of Freud’s theories, including the Oedipus complex, originated from the analysis of his own dreams. He believed that dreams provided access to unconscious thoughts and desires.

Freud’s theories revolutionized the field of psychology and intrigued the psychiatric community to pursue the study of the unconscious mind further.  His practice of psychotherapy dominated the early half of the 20th century, which launched the practice of many variations of Freud’s concepts and theories that are still influential in psychology to this day. So convinced that mankind could not rise above our animal instincts without the ‘guidance’ of leaders, in his 1927 work, “The Future of An Illusion,” Freud wrote, “For masses are lazy and unintelligent; they have no love for instinctual renunciation…it is only through the influence of individuals who can set an example and whom masses recognize as their leaders that they can be induced to perform the work and undergo the renunciations on which the existence of civilization depends.”

The revelations of Freud’s theories of the unconscious mind inevitably led to areas of research, by individuals, foundations, institutions and government programs, for the purposes of manipulating and controlling the unconscious minds of the people.

Manipulation of the Masses

Since the emergence of Freudian theory in the early 20th century, a select few with power and influence, have sought to manipulate the subconscious minds of the world population, in order to bend them to their will. Studies in ways to subconsciously manipulate the masses in order to manufacture consent of the people branched off from Freud’s psychoanalytic theories.

In his book entitled, “Public Opinion,” Walter Lippmann wrote, “That the manufacture of consent is capable of great refinements no one, I think, denies. The process by which public opinions arise is certainly no less intricate than it has appeared in these pages, and the opportunities for manipulation open to anyone who understands the process are plain enough…as a result of psychological research, coupled with the modern means of communication, the practice of democracy has turned a corner. A revolution is taking place, infinitely more significant than any shifting of economic power…Under the impact of propaganda, not necessarily in the sinister meaning of the word alone, the old constants of our thinking have become variables. It is no longer possible, for example, to believe in the original dogma of democracy; that the knowledge needed for the management of human affairs comes up spontaneously from the human heart. Where we act on that theory we expose ourselves to self-deception, and to forms of persuasion that we cannot verify. It has been demonstrated that we cannot rely upon intuition, conscience, or the accidents of casual opinion if we are to deal with the world beyond our reach.”

Freud’s nephew, Edward Bernays, was an early proponent of Freudian theory who adopted the belief from his uncle that society was inherently irrational and manipulation of the masses must be employed to control them. Bernays was a master of persuasion, which eventually earned him a title as the “father of public relations.” His 1925 book entitled “Propaganda” illustrates how Bernays used his uncle’s theories of the subconscious mind to enforce mind control over the masses by manufacturing consent, stating, “The conscious and intelligent manipulation of the organized habits and opinions of the masses is an important element in democratic society. Those who manipulate this unseen mechanism of society constitute an invisible government which is the true ruling power of our country…We are governed, our minds are molded, our tastes formed, our ideas suggested, largely by men we have never heard of. This is a logical result of the way in which our democratic society is organized. Vast numbers of human beings must cooperate in this manner if they are to live together as a smoothly functioning society…In almost every act of our daily lives, whether in the sphere of politics or business, in our social conduct or our ethical thinking, we are dominated by the relatively small number of persons…who understand the mental processes and social patterns of the masses. It is they who pull the wires which control the public mind.”

As an example of this manufactured consent, Bernays led the charge by the American Tobacco Company to win over the minds of the female demographic by convincing women to prefer a cigarette over a sweet. At the time, it was deemed socially unacceptable for women to smoke. With the help of Albert Lasker, the “father of modern advertising,” the Bernays campaign convinced women that smoking, as opposed to eating sweets, would help them maintain their figures. He also tapped into the unconscious desires of women’s liberation, by making cigarettes a symbol of emancipation, with beautiful models holding their, “torches of freedom.”

The “father of public relations,” Edward Bernays, who authored the 1925 book “Propaganda,” postulated, “If we understand the mechanism and motives of the group mind, is it not possible to control and regiment the masses according to our will without their knowing it?” Bernays’ mastery of manipulation of the public so impressed Hitler’s Minister of Propaganda, Joseph Goebbels, that he applied Bernays’ techniques to win over the German public with fascist ideology.

In the early 1950’s Bernays assisted the CIA with a propaganda campaign aimed at American citizens to manufacture support for the overthrow of the democratically elected Guatemalan president, Jacobo Arbenz Guzman, by painting the president as a Communist, rather than a reformer seeking to break free from the CIA-backed United Fruit Company, which had imposed it’s will upon Guatemala and other South American countries for decades.  Then Secretary of State, John Foster Dulles, had a personal connection, as his law firm represented The United Fruit Company, and his brother, Allen Dulles, then director of the CIA, was a board member. The term, “Banana Republic,” was coined from this CIA coup d’état to overthrow a duly elected president and install a puppet dictator in Guatemala, in favor of United Fruit Company’s position in the region.

Bernays worked closely with the intelligence community over the decades, corresponding with the head of the CIA, Allen Dulles on numerous occasions.  The mastery of manipulation of the public’s perception, achieved by Freud’s nephew, Edward Bernays, significantly contributed the CIA’s interest in the expansion of such an endeavor and ultimately led to the launch of the CIA program, Project Mockingbird, in the early 1950’s, under Allen Dulles. The large-scale operation designed to control the media for the purposes of propaganda and manipulating the minds of the public reportedly included an estimated 3,000 CIA operatives and 400 journalists.

Freud’s own daughter, Anna, was one of the earliest advocates for Freudian theory. While Sigmund Freud worked almost entirely with adults, Anna pursued psychoanalytic theory with children. When her father’s health began to decline, Anna Freud took on the role of Secretary of the International Psychoanalytical Association, where she later became the Honorary President from 1973 until her death. Anna’s friend and partner, Dorothy Burlingham, who was the heiress to the Tiffany & Co. fortune, provided all four of her children for psychoanalysis under the care of Anna Freud.  Freud’s psychoanalysis proved to be a failure in the cases of Dorothy Burlingham’s son, Robert Burlingham Jr., who committed suicide in 1970, and daughter, Mabbie, who committed suicide in Freud’s home in 1974. With the clout from her father’s name and reputation, Anna Freud went on to fill her father’s role in the psychoanalytic movement, despite the personal failures of treatment for Dorothy’s children. She co-authored a series of books with legal scholars who specialized in child custody, which heavily influenced the revision of child custody laws in the decades to follow.