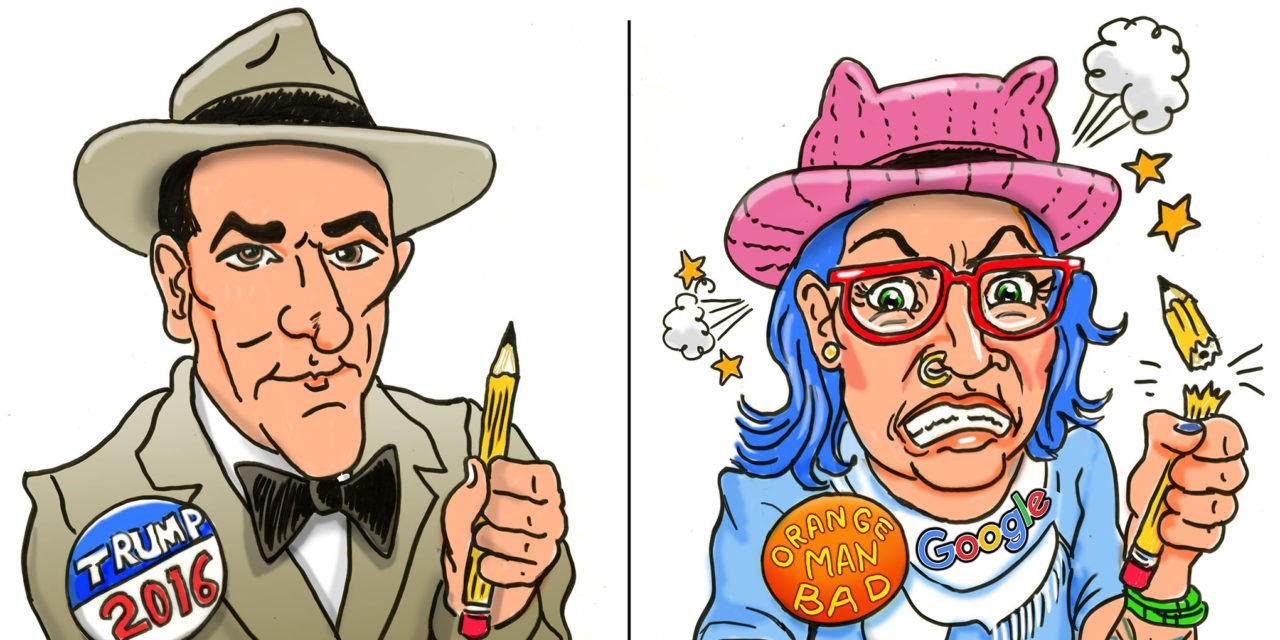 More than 20 years ago Matt Drudge’s website ‘Drudge Report’ exploded after he broke the story of an intern’s affair, Monica Lewinsky, with the sitting President, Bill Clinton.

It is now 20 years later and the Drudge Report over that time came to be the number one source for conservatives to check to be referred to other news stories to which Drudge found to be important, which then generally would go viral by the very nature of a Drudge link. The Drudge Report even became a number one stop for liberals to know what the “other side” was focusing on.

The owner of the Drudge Report, known to be reclusive, has consistently run a very simple, clean, website. White background, sirens as headers for bombshell stories, and links to all types of websites, liberal, independent, conservatives, and advertisements where Drudge earned his revenue.

Over the last few months conservatives have noticed a change in tone regarding Drudge links, more left-leaning news now dominates the entire website, and while Drudge helped catapult President Trump into the White House, recently the feel of his site has been increasingly anti-Trump and anti-conservative.

This isn’t just a perceived change as tracking metrics over at Similar Web, shows that Drudge is bleeding tens of millions of readers per month, as other Drudge alternatives start popping up and are seeing astoundingly fast growth.

Drudge’s overall web traffic is down nearly 18 percent in September and October, according to the tracking metrics on Similar Web. That’s a massive and accelrated slide from approximately 93 million visits to 77 million.

The 180 degree turn by Drudge Report is not just being noted by conservatives, as even far left liberal sites such as the Daily Beast have reported on this.

Donald Trump fans have been fuming for weeks at conservative mega-aggregator Matt Drudge, alleging that his Drudge Report has backed Democrats’ impeachment push and ignored GOP arguments in favor of the president. And now, as a measure of their dissatisfaction, would-be internet media moguls are looking to make it big by creating Drudge Report clones and, potentially, stealing his visitors.

This sudden change after 20 years of building an online conservative base just as the digital era exploded, to now becoming a Trump bashing website, with some even wondering if Drudge was infected with Trump Derangement Syndrome, has many people speculating as to what the heck has happened to Matt Drudge. 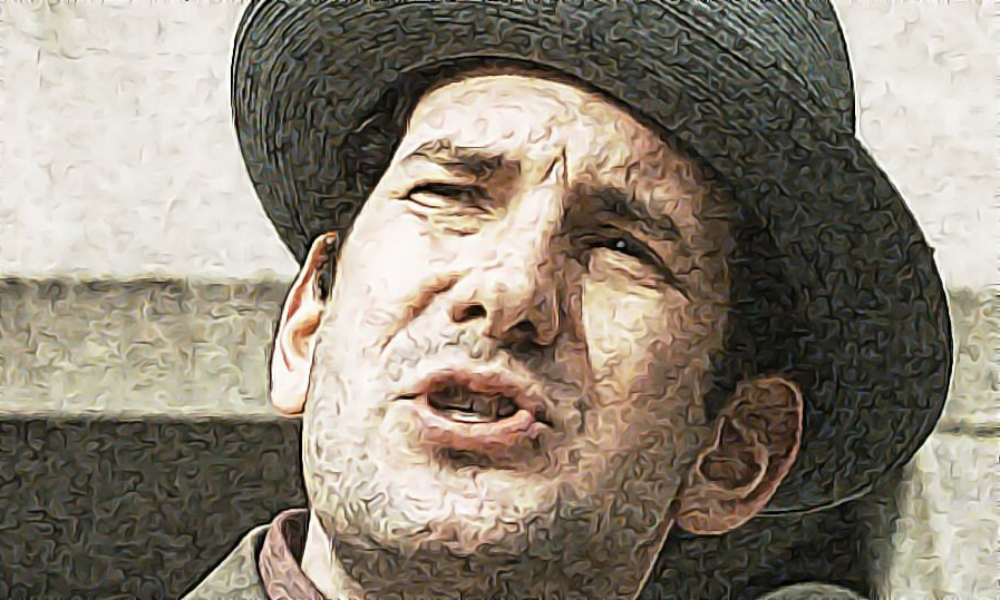 WHAT HAS HAPPENED TO MATT DRUDGE?

Speculation is running rampant as shown by one article on this issue over at NOQ Report:

But even as Romney is getting lampooned, Drudge is still promoting the anti-Trump narrative. I’ve started asking around to see the validity of a conspiracy theory I heard that he was never really a Trump fan, but because he thought Trump would lose to Hillary Clinton, he pumped up Trump through the primaries and continued supporting him until he won. One even mentioned that the Clintons or someone else (multiple people mentioned George Soros) may now have dirt on Drudge and are turning him to the dark side.

Others think that “Drudge has taken his LGBTQ sensibilities and crossed the aisle to dance with the Democrats,” while yet others think Drudge is simply following the clicks, meaning willing to take any side as long as his site receives the traffic, but if that were the case, the drop of tens of millions of visitors over the course of a two month period, would have resulted in some fast changes.

On October 25, 2019, World Tribune titled a piece asking “Drudge mystery: The brand lives, but who runs it and where is Matt?”

That is an excellent question as Drudge, in his typical fashion, has not offered comment on any of the multitude of articles that have been written on this topic, but as where Drudge was always fast to highlight any story, article, or data about his website, it appears he is deliberately downplaying or ignoring the speculation surrounding his political switch.

Despite the amount of speculation surrounding Drudge and his recent foray into the Democrat mindset of “Orange Man BAD,” there are indicators that Matt Drudge, seeing the censorship of conservatives and knowing how hard big tech and social media are going to fight against all conservative thought, ideas and narrative, Drudge may very well have simply sold out.

It was reported by BuzzFeed back in August 2019, that Drudge, known for making absolutely no changes to his platform other than the links, suddenly dropped his advertising partner for a brand new representative.

In a surprising turn, Drudge Report removed ads between the end of May and mid-July, according to Danny Rogers, a cofounder of the Global Disinformation Index, a project that’s analyzing domains to generate “risk ratings of the world’s media sites.” After noticing an absence of ads on Drudge around May 31, “we didn’t see any ads on Drudge until about July 12,” Rogers told BuzzFeed News.

During that period, Drudge cast off his advertising representative of close to 20 years, Intermarkets, in favor of a new and unknown company, Granite Cubed. It has no record in the digital ad industry, was only registered as a company in March of this year, and lists no staff or owners on its websites. Yet it just landed one of the biggest websites in the US.

“Any time a 20-year relationship comes to an end is certainly a surprising turn of events,” said Jay Friedman, president of Goodway Group, a digital agency that specializes in programmatic media buying.

Corporate records show that Granite Cubed is owned by Margaret Otto. She and her husband, Adrian, have a business association with the Drudge family that goes back years. The couple acquired Refdesk, a reference website founded by Bob Drudge, Matt’s father, in 2017. They also operated a company that began hosting the Drudge Report in 1999 and later added Breitbart as a customer. (The couple did not answer questions about whether they still own that hosting company or if it’s still hosting Drudge or Breitbart.)

Adrian Otto is the technical director of Google Cloud. He told BuzzFeed News he is not involved with Granite Cubed. Upon joining Google in 2017 from Rackspace, he said, he “stopped operating [his] other business interests” and is no longer involved with “hosting duties” for other websites. Otto was previously listed as the technical contact in the domain registration of breitbart.com, and was thanked by name in the foreword to Andrew Breitbart’s book about Hollywood.

The timing fits. While Drudge has always linked to liberal news sites like Wapo, NYT, CNN, because he enjoys being able to brag about being  a huge referrer when he links to his own Similar Web data, the hard left turn has been more recent, almost like he saw the writing on the wall and decided to get out while the getting was good.