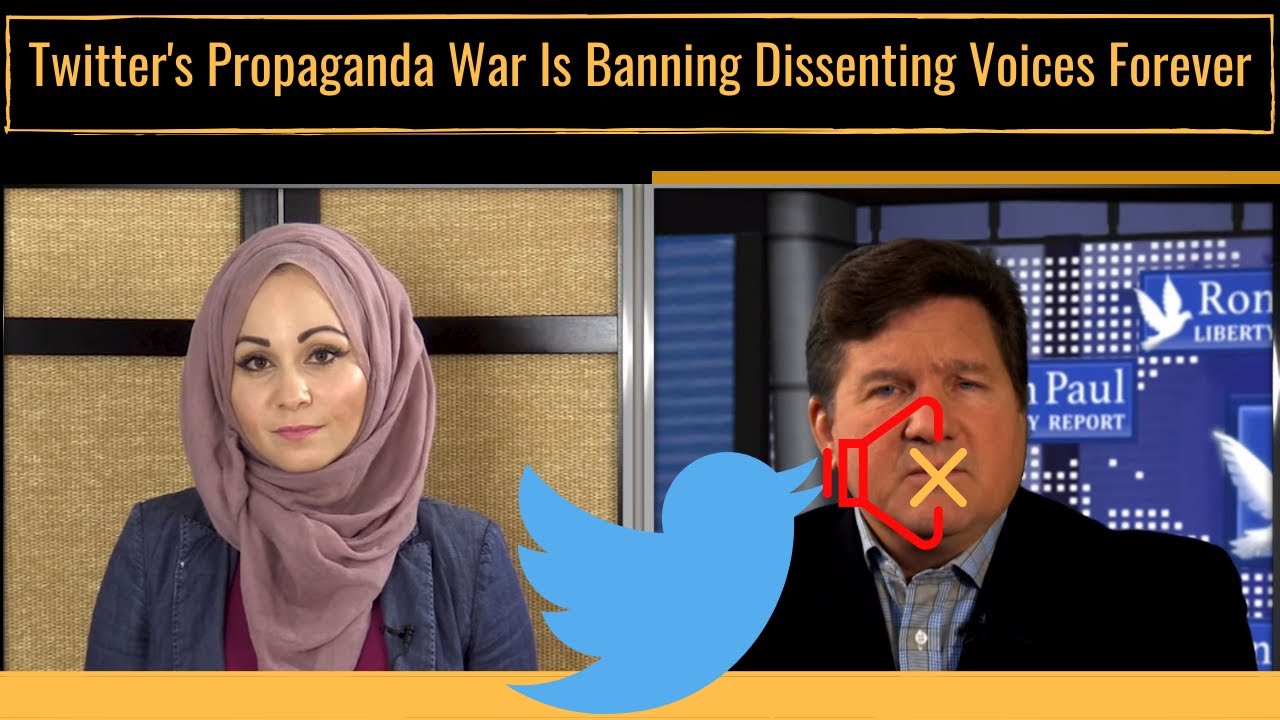 It’s an open secret. The deep state is working hand in hand with Silicon Valley social media giants like Twitter, Facebook and Google to control the flow of information. That includes suppressing, censoring and sometimes outright purging dissenting voices – all under the guise of fighting fake news and Russian propaganda.

Most recently, it was revealed that Twitter’s senior editorial executive for Europe, the Middle East and Africa is an active officer in the British Army’s 77th Brigade, a unit dedicated to online warfare and psychological operations.

In other words: he specializes in disseminating propaganda.

The news left many wondering how a member of the British Armed Forces secured such an influential job in the media.

The bombshell that one of the world’s most influential social networks is controlled in part by an active psychological warfare officer was not covered at all in the New York Times, CNN, CNBC, MSNBC or Fox News, who appear to have found the news unremarkable.

But for those paying attention and for those who have been following ’MintPress News’ extensive coverage of social media censorship, this revelation was merely another example of the increasing closeness between the deep state and the fourth estate.

Amazon owner, and world’s richest man, Jeff Bezos was paid $600 million by the CIA to develop software and media for the agency, that’s more than twice as much as Bezos bought the Washington Post for, and a move media critics warn spells the end of journalistic independence for the Post.

What Lockheed Martin was to the twentieth century…technology and cyber-security companies [like Google] will be to the twenty-first.”

Another social media giant partnering with the military-industrial complex is Facebook. The California-based company announced last year it was working closely with the neoconservative think tank, The Atlantic Council, which is largely funded by Saudi Arabia, Israel and weapons manufacturers to supposedly fight foreign “fake news.”

The Atlantic Council is a NATO offshoot and its board of directors reads like a rogue’s gallery of warmongers, including the notorious Henry Kissinger, Bush-era hawks like Condoleezza Rice, Colin Powell, James Baker, the former head of the Department of Homeland Security and author of the PATRIOT Act, Michael Chertoff, a number of former Army Generals including David Petraeus and Wesley Clark and former heads of the CIA Michael Hayden, Leon Panetta and Michael Morell.

39 percent of Americans, and similar numbers of people in other countries, get their news from Facebook, so when an organization like the Atlantic Council is controlling what the world sees in their Facebook news feeds, it can only be described as state censorship on a global level.

After working with the council, Facebook immediately began banning and removing accounts linked to media in official enemy states like Iran, Russia and Venezuela, ensuring the world would not be exposed to competing ideas and purging dissident voices under the guise of fighting “fake news” and “Russian bots.”

Meanwhile, the social media platform has been partnering with the U.S. and Israeli governments to silence Palestinian voices that show the reality of life under Israeli apartheid and occupation. The Israeli Justice Minister proudly revealed that Facebook complied with 95 percent of Israeli government requests to delete Palestinian pages. At the same time, Google deleted dozens of YouTube and blog accounts supposedly connected to the government of Iran.

In the last week alone, Twitter has purged several Palestinian news pages, including Quds News Network — without warning or explanation.

This alarming act of censorship is another indication of the complicity of major social media firms in Israel’s efforts to suppress news and information about its abuses of Palestinian rights.”

The vast online purge of alternative voices has also been directed at internal “enemies.”

Publishers like Julian Assange and whistleblowers like Chelsea Manning are still being held in solitary confinement in conditions that international bodies and human rights groups call torture, for their crime of revealing the extent of the global surveillance network and the control over the media that Western governments have built.

As attempts to re-tighten the state and corporate grip over our means of communication increases, high-quality alternative media are being hit the hardest, as algorithm changes from the media monoliths have deranked, demoted, deleted and disincentivized outlets that question official narratives, leading to huge falls in traffic and revenue.

The message from social media giants is clear: independent and alternative voices are not welcome.

One causality in this propaganda war is Daniel McAdams, Executive Director of the Ron Paul Institute for Peace and Prosperity, a public advocacy group that argues that a non-interventionist foreign policy is crucial to securing a prosperous society at home. McAdams served as Senator Paul’s foreign affairs advisor between 2001 and 2012. Before that, he was a journalist and editor for the Budapest Sun and a human rights monitor across Eastern Europe.

McAdams, who spent much of his time on Twitter calling out the war machine supported by both parties, was recently permanently banned from the platform for so-called “hateful conduct.” His crime? Challenging Fox News anchor Sean Hannity over his hour-long segment claiming to be against the “deep state,” while simultaneously wearing a CIA lapel pin. In the exchange, McAdams called Hannity “retarded,” claiming he was becoming stupider every time he watched him.