Gee, someone else figured it out?

As the Democratic presidential candidates argue about “Medicare for All” versus a “public option,” two simple policy changes could slash U.S. health-care costs by 75% while increasing access and improving the quality of care.

These policies have been proven to work by ingenious companies like Whole Foods and innovative governments like the state of Indiana and Singapore. If they were rolled out nationally, the United States would save $2.4 trillion per year across individuals, businesses, and the government.

What was my number?  80% or more.  And that’s without screwing a single person.

The first policy—price tags—is a necessary prerequisite for competition and efficiency. Under our current system, it’s nearly impossible for people with health insurance to find out in advance what anything covered by their insurance will end up costing. Patients have no way to comparison shop for procedures covered by insurance, and providers are under little pressure to lower costs.

Price tags also insure that everybody pays the same amount. We currently have a health-care system in which providers charge patients wildly different prices depending on their insurance. That injustice will end if we insist on legally mandated price tags and require that every patient be charged the same price.

It’s not “injustice” — it’s too many felonies to list, all of which carry hard prison time for everyone involved.

It’s extortion to threaten, whether by implication or statement, that unless you buy health insurance you’ll be billed 10x as much for the same thing.  Yet that happens all the time.  It also constitutes an illegal tied sale, which is separately illegal.

In addition it implicates 15 USC Chapter 1, which carries a 10 year prison term, in that it is clearly an attempt to restrain trade — how do you have competition when you can’t get a price?

15 USC has been on the books for more than a century.  The medical industry has twice tried to get an exemption through the courts and lost both times.

As a side benefit, we will also see massively lower administrative costs. They are currently extremely high because once a doctor submits a bill to an insurance company, the insurance company works hard to deny or discount the claim. Thus begins a hideously costly and drawn-out negotiation that eventually yields the dollar amount that the doctor will get reimbursed. If you have price tags for every procedure and require that every patient be charged the same price, all of that bickering and chicanery goes away. As does the need for gargantuan bureaucracies to process claims.

This is why the politicians refuse to address this and the cops won’t arrest.

We have added roughly 400,000 people a year since the crash to the “health care” sector in employment.  Yet a look at the statistics for doctors, nurses and other direct care-givers shows that doctors have barely moved in number and nurses, while they’ve increased, have only gone up by a few.

All told roughly ninety percent of the “employment” adds in this sector since the crash in 2008 never provide a single second of care to a single person and this did not start in 2008 either; it’s been going on for at least the last two decades.

If you put a stop to the scam nearly all of those people instantly lose their jobs.  We’re talking about roughly 15% of the economy that instantaneously evaporates.

Now it won’t stay gone for long; with much lower costs the resulting economy progress that will follow will set records for years and those people will be hired to do something else.

But the immediate effect of doing this will be a 15% contraction in GDP and the loss of millions of jobs on an immediate basis; the papers will scream “Depression!” (because from the perspective of a classical economic basis it is) and the political blowback in the short term will be extreme.

There’s no need to do that but its an OK adjunct.  Why not?  Because I’ve got a better answer to that, although HSAs, as they already exist, are certainly a good thing and can be an effective part of the answer.

Oh, and before you say it won’t work?

We know this to be true because while price tags and deductible security were invented in the United States, only one country has had the good sense to roll them out nationwide. By doing so, Singapore is able to deliver universal coverage and the best health outcomes in the world while spending 77% less per capita than the United States and about 60% less per capita than the United Kingdom, Canada, Japan, and other advanced industrial economies.

Note that Canada, Japan and the other economies are all socialist systems in whole or part.

I hope that politicians on both sides of the aisle will get behind these proven solutions. Washington should not be a place where good ideas go to die.

They will not unless the only alternative, as expressed by the people, is a gallows being erected on the National Mall or worse.

I’ve been tracking this trajectory since the 1990s when I was buying health insurance for my staff at MCSNet.  It was glaringly obvious what was going to happen, and I started raising Hell about it.  Nobody gave a wet crap.  Nobody has since.  Despite serving on the EC of the Florida Libertarian Party not one time did I manage to get that into the party platform nor did I manage to get one candidate to run on such a platform.  In my time before or since exactly zero politicians of either major party have done so. 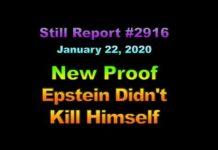 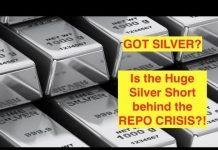 Did the Silver Price Rise CAUSE the Repo Crisis?! (Bix Weir)