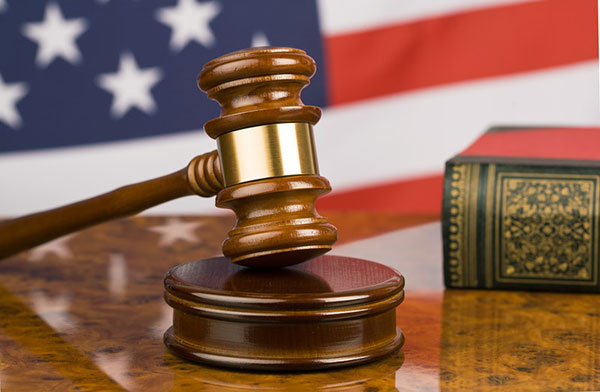 Democratic representatives should think twice before they vote to impeach President Trump.

I thought I had said all I was going to say on “Ukrainegate” in my article “Make the Truth Irrelevant.” Then I read a column on the Internet by Wall Street Journal columnist Peggy Noonan whose very title: “Trump’s Defenders Have No Defense” (WSJ, 11/21/19) bespeaks its idiocy. Unfortunately, it also represents a lot of what’s being peddled by the mainstream media.

How would Noonan or anyone else outside Trump’s circle know whether he does or does not have a defense when the rules of the only body that has pursued the case against him preclude him from offering a defense? In the House impeachment hearings, Trump’s defenders cannot call their own witnesses, cannot confront the whistleblower whose complaint launched the case, cannot challenge hearsay evidence and have it excluded, and cannot probe the motives or possibly illegal behavior of his accusers.

Noonan further embarrasses herself with the following: “As to the impeachment itself, the case has been so clearly made you wonder what exactly the Senate will be left doing. How will they hold a lengthy trial with a case this clear?” She reveals her own ignorance of the law and facts of this particular case, and complete lack of decency or sense of fair play, rendering such a judgment after hearing only one side of the case.

Noonan has prompted this analysis of possibilities concerning Trump’s defense in a Senate trial. It assumes that standard American judicial rules, procedures, and principles will be in force during the trial. Disclaimer: I am a lawyer, but I am an inactive member of the California Bar Association and have never practiced law.

The best case for a defense attorney is one in which the attorney can say: Assume what the prosecution is saying is true, my client has not broken the law or committed a crime. During his phone call with Ukraine’s President Volodymyr Zelensky, President Trump asked for investigations of three matters, but he did not explicitly link receipt of US aid that had been held up to Zelensky conducting those investigations. Suppose, for argument’s sake, that he had either explicitly asked for that quid pro quo or that Zelensky could reasonably infer he was asking for such a quid pro quo. Trump’s first line of defense would be to challenge the ubiquitous characterization—at least among Democrats and the media―of such a link as a crime.

According to the transcript of the call, Trump asked Zelensky to look into the company Crowdstrike, which has been the only entity allowed to examine the DNC servers that were allegedly hacked by the Russians. In a related query, he alluded to possible Ukrainian involvement in initiating the Russiagate fiasco. Later in the phone call, he said: “There’s a lot of talk about Biden’s son, that Biden stopped the prosecution and a lot of people want to find out about that so whatever you can do with the Attorney General would be great. Biden went around bragging that he stopped the prosecution so if you can look into it… It sounds horrible to me.”

Assume for argument’s sake that Trump was holding up aid to get Zelensky to investigate Crowdstrike, possible initiation of Russiagate, and the Bidens. Nobody is calling the first two requests illegal because investigations would not directly redound to Trump’s political benefit (but might well redound to his accusers’ political detriment, see below). Only the third request, if receipt of aid was conditioned on compliance, has been termed illegal, because it could harm Trump’s political opponent, Joe Biden, and presumably benefit Trump.

What if the subject of that third request was not Biden and son, but rather some nonpolitical but prominent US figure and son, the investigation of whom would yield no political benefit to Trump? The president would have a strong argument that there was a prima facie (literally translated as “at first face” or “at first appearance”) case of corruption against the nonpolitical figure and his son. He could assert that he had a duty as the chief executive of the laws of the US to launch a US investigation, and to press—because so much of the alleged corruption happened in Ukraine and involved Ukrainian citizens, companies, government bodies, and other entities—the Ukrainian president to launch an investigation. The US and Ukraine have a treaty, Mutual Legal Assistance in Criminal Matters ratified by the Senate in 2000 and signed by Bill Clinton. Trump could argue that under that treaty he would be well within his powers to ask for such an investigation. He could cite a letter Clinton sent to the Senate recommending passage of the treaty, which lists a number of ways assistance can be rendered, with a final catch-all for “any other form of assistance not prohibited by the laws of the requested state.”

If Trump then explicitly tied US financial and military assistance meant for Ukraine to President Zelensky initiating that investigation against the nonpolitical father and son, no one would bat an eye. In fact, many would commend Trump for applying that leverage. US foreign aid has often had explicit provisions about reducing corruption as a condition of the recipient country receiving the aid. A US president informally linking the two would be a nonevent.

It only became an event because the figures to be investigated were Joe and Hunter Biden. Here the proper question for Trump to ask is: So what? Yes, Trump might benefit politically from such an investigation, prosecutors and politicians often benefit politically from prosecutions, but does that exempt the Bidens from investigation of what are at least prima facie instances of possible corruption? Implicit in the Democrats’ case against Trump is the placement of the Bidens above the laws that would apply to anyone else (except perhaps other favored political figures).

If the prosecution in the Trump impeachment trial wants to contest that characterization and conclusion, then Trump’s defense should insist on calling father and son as witnesses to explain and be cross-examined. How does Hunter’s dealings with Burisma not make out prima facie corruption? How does Joe’s insistence that the prosecutor who was investigating Burisma be fired, and his threat to put a hold on foreign aid to Ukraine not make out prima facie corruption? Hunter, Joe, and their defenders can explain why there should have been no Ukranian investigation, and why Trump should not have used all the leverage he had, including putting a hold on aid—just as Joe Biden threatened to do (and bragged about in a speech before the Council on Foreign Relations) to get the prosecutor fired—to prompt Ukraine to launch such an investigation.

If what Trump did is a crime, so too is what Joe Biden did. However, because Biden publicly bragged about what he did, proving Biden’s criminal culpability would be far easier than proving Trump’s.

It may be news to Peggy Noonan, but unlike in the House proceedings, in the Senate Trump will be able to avail himself of two bulwarks of the American legal system: the Sixth Amendment and the hearsay exclusion. The Sixth Amendment protects defendants’ rights, “to be confronted with the witnesses against him;” and “to have compulsory process for obtaining witnesses in his favor.”

The hearsay exclusion bars “testimony in court of a statement made out of the court, the statement being offered as an assertion to show the truth of matters asserted therein, and thus resting for its value upon the credibility of the out-of-court asserter.” Mutyambizi v. State, 33 Md.App. 55, 363 A.2d 511, 518. Hearsay is “evidence not proceeding from from the personal knowledge of the witness, but from the mere repetition of what he heard others say. That which does not derive its value solely from the credit of the witness, but rests mainly on the veracity and competency of other persons. The very nature of the evidence shows its weakness, and it is admitted only in specified cases from necessity.” Black’s Law Dictionary, 5th Edition, 1979, West Publishing Co. The 6th Amendment and the hearsay exclusion are related, they both embody fundamental fairness by recognizing a defendant’s right to confront and cross-examine witnesses against him.

While Adam Schiff was able to keep the whistleblower whose memorandum initiated the House’s impeachment investigation from testifying, such protection would not be available in the Senate trial. Trump has the right to confront his accusers. There are allegations that Schiff and members of his staff conferred with the whistleblower before the memorandum was publicly disclosed. Trump’s defense team could argue that Schiff, by conferring with the whistleblower and leading the House impeachment investigation, was also an accuser within the meaning of the 6th Amendment. If that argument prevailed, Schiff would have to testify and be cross-examined. Who knows where that might lead.