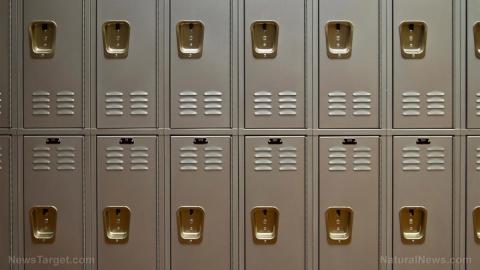 Once again, we are provided with evidence that the American Left is populated with sex perverts whose disgusting notions about what constitutes ‘morally acceptable’ makes most normal people shake their heads in disbelief.

As reported by Big League Politics, parents in Sarasota, Fla., were incensed after they discovered that their kids were shown a very sexually explicit — some would argue pornographic — video that was produced by (who else?) those moral reprobates at Planned Parenthood.

The video was titled, “How Do You Know If Someone Wants to Have Sex with You,” and was presented to high school students without any parental notification before it was shown.

Because of course not…most parents, we are willing to bet, would have absolutely refused to give their consent (because most parents are trying to keep their kids safe and sound and making good decisions about things as serious as sexual relations).

The video was presented by the Safe Place and Rape Crisis Center to allegedly teach kids about ‘consent.’ But Left-wing sexual perversion is often wrapped in the excuse if, ‘Hey, we’re just trying to do the right thing, here.’

Yes, by all means, let’s make sex a lot easier, more attractive, and much more casual for young people.

The video featured footage of a guy grabbing a woman’s breast and a same-sex couple making out. The school board noted that they have been deluged with anger from parents in the aftermath of showing the video to children.

“We are getting a flood of e-mails, phone calls and Facebooks,” said Sarasota County school board member, Eric Robinson. “As an adult it can be hard to watch without being uncomfortable, I can imagine how a teenager would watch. The giggles and the gasps.”

Whoever thought this was a good idea is sick

Naturally, whomever was responsible for this outrage committed a massive violation of existing school rules, according to Robinson, because administrators were not told about the video ahead of time and given the opportunity to formally approve it — or not — before students got to see it.

“We have a policy that requires vetting and approval by staff members,” Robinson said.

But hey — no harm, no foul, right, because the organization that produced and showed the video without permission said…sorry.

“We sincerely apologize for the incident last Wednesday at Pine View. The staff member did not follow established protocol regarding the programming presented, and the organization has acted to ensure that this does not happen again,” SPARCC said. (Related: Growing number of lawmakers demand investigation into Planned Parenthood sex abuse cover-ups.)

Any adult who seriously saw nothing wrong with showing near-pornography to underaged high school students has no business interacting with kids. In fact, in another, ‘non-educational’ setting, adults who did something like this might be charged with a crime and put on a sex offender list for many years to come.

Besides, as The Federalist reports, this isn’t Planned Parenthood’s first go-round with sexual controversy.

One of the group’s other ‘educational’ vis-a-vis sexual propaganda campaigns involves distributing a pamphlet for alcohol and drug consumption before having sex with HIV-positive youth titled, “Happy, Healthy, and Hot.”