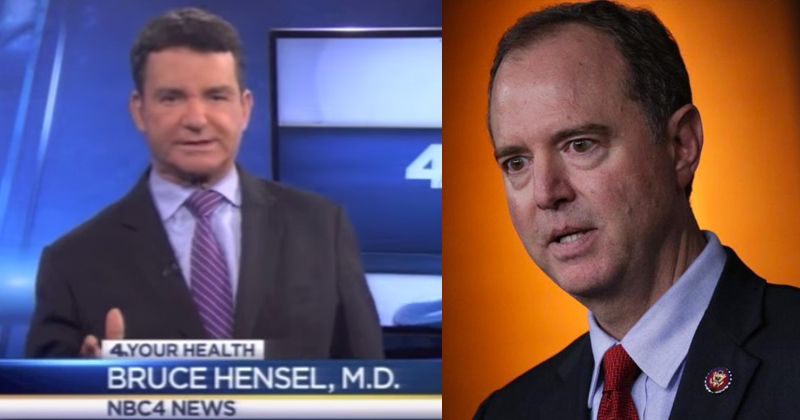 A California doctor who served as a local NBC News correspondent was arrested Wednesday morning after an investigation found he attempted to solicit sexual texts from a 9-year-old girl.

Dr. Bruce Hensel, 71, is accused of exchanging inappropriate messages with and requesting sexually suggestive photos from the girl, who was reportedly an acquaintance’s daughter.

CBS Los Angeles reports the incident happened in August, and that the LAPD served a search warrant on Hensel’s home last month.

A neighbor of Hensel’s interviewed by CBS LA claimed she heard the doctor would frequently vacation in Thailand, a south-Asia-Pacific nation known for a high rate of human and child sex trafficking.

In a video surfacing on social media, Schiff introduces Hensel as his “friend” at an event.

“It gives me great pleasure to introduce our moderator this evening, a wonderful doctor and a very brave moderator and that is my friend Dr. Bruce Hensel,” Schiff says.

“He is board certified in two specialties… and is a full time professor of medicine at UCLA,” Schiff says. “I don’t know how you find time to do all this.”