Michigan counties are seizing houses over minor property-tax delinquencies and then reselling the properties at a huge profit, but a case before the state’s supreme court may change all that.

According to Reason, under Act 123 of 1999, Michigan’s county treasurers are empowered “to act as the primary agents for handing the foreclosure and auction of properties with unpaid taxes” under an expedited process. Attorneys with the Pacific Legal Foundation, which is representing victimized homeowners in a class-action lawsuit that the Michigan Supreme Court will shortly hear, estimate that since 2002, Michigan counties have taken over 100,000 properties pursuant to Act 123. Private attorney Philip Ellison calculates that over the last six years alone, counties have raked in more than $36 million in surplus equity from properties seized and then auctioned off, often at prices well below market value, under the act.

Uri Rafaeli, one of the plaintiffs in the case, is an 83-year-old retired engineer who in 2011 bought a three-bedroom, 1,500-square-foot home in Southfield, a northern suburb of Detroit, for $60,000. Rafaeli intended to rent the property out to provide income for his retirement. In June 2012, Rafaeli was notified that he had underpaid his 2011 property taxes by $496. In January 2013, Rafaeli, who had in the meantime kept up with his tax obligations, attempted to resolve the unpaid taxes. Unfortunately, he made a very slight error in calculating how much interest he owed and still ended up underpaying by $8.41.

That was enough for Oakland County to seize his property a year later and auction it off. It eventually sold for $24,500 — less than half what Rafaeli had paid for it but still a handsome profit as far as the county, which had paid nothing for the property, was concerned. The real-estate website Zillow now estimates the property is worth $128,000, so someone got a real bargain at Rafaeli’s expense.

In 2014, Cass County foreclosed on a $3.5-million lakefront property whose house was still under construction, not informing Douglas Anderson, the agent who was handling the property, until after the deadline had passed. As frequently happens in such cases, the county refused to accept payment for the back taxes. Instead, it has spent $250,000 on legal fees defending its right to seize the property. Meanwhile, the partially constructed house sits idle, and the county isn’t collecting any taxes on the property at all.

A big problem as far as property owners is concerned — but a big boon for counties — is that Act 135 has minimal notification requirements. County treasurers must make three attempts to contact delinquent property owners, but they don’t have to be too careful about it. In the Cass County case, the treasurer mailed two certified letters to the address of the property, but those were returned because no one was living there; the county’s last attempt was the post-deadline call to Anderson. Landlords often don’t find out in time because counties send notices to their tenants, who don’t pass them along. Counties have no incentive to make sure they notify the right people, even when such notification is just an Internet search away, because they stand to make far more from the seizure and sale of properties than they do from collecting the back taxes.

Plaintiffs argue that the property seizures are unconstitutional. The Fifth Amendment, for instance, requires government to provide “just compensation” to those whose property is taken by the state. Counties have argued that the takings are forfeitures not subject to the Fifth Amendment, but such forfeitures must be linked to an actual or alleged crime, while tax delinquency is a civil offense. Besides, the Eighth Amendment, which the U.S. Supreme Court has ruled applies to the states, prohibits “excessive fines”; surely taking someone’s property over a small tax delinquency, especially when the person either wasn’t notified or tried to pay the debt, qualifies as excessive. 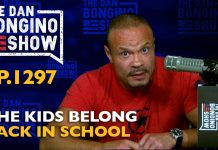