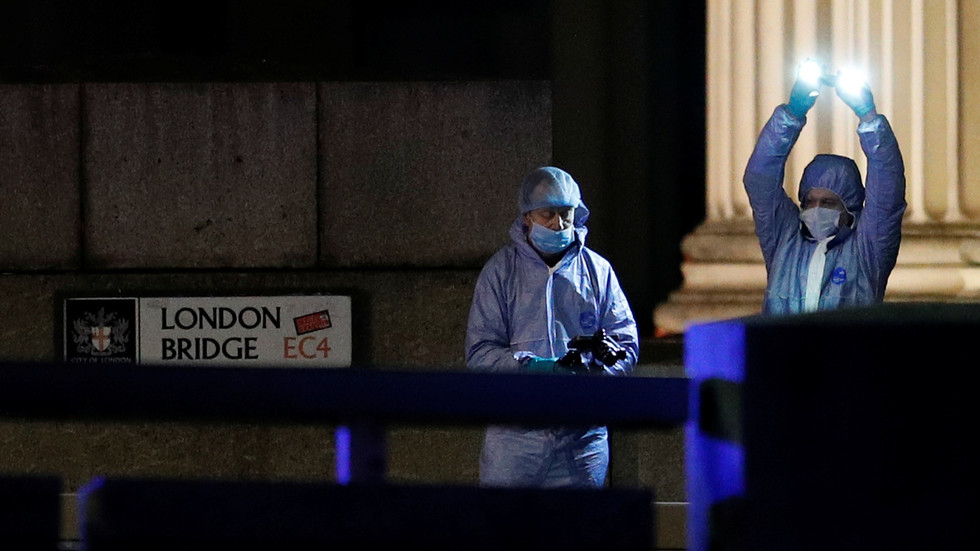 The man shot by police on London Bridge has died at the scene, Britain’s top counter-terrorism officer told reporters. The suspect was strapped with a fake bomb and the incident is being treated as a terrorist attack.

This is a terrorist incident,” Basu told reporters, adding that investigators believe the man was wearing a hoax explosive vest.

In response, Basu said that the Metropolitan Police would be stepping up patrols in London, and that the area will remain cordoned off for some time, to ensure “no further danger to the public.”

After speaking to reporters, Basu traveled to Downing Street to brief Prime Minister Boris Johnson on the situation. Johnson condemned the attack as an “appalling incident.”

It is still unclear how many people were stabbed before police ended the attacker’s rampage. News reports suggest that at least five people were injured. The attack brought chaos to the busy central London thoroughfare, with police rushing to the bridge and ordering the public to remain indoors.