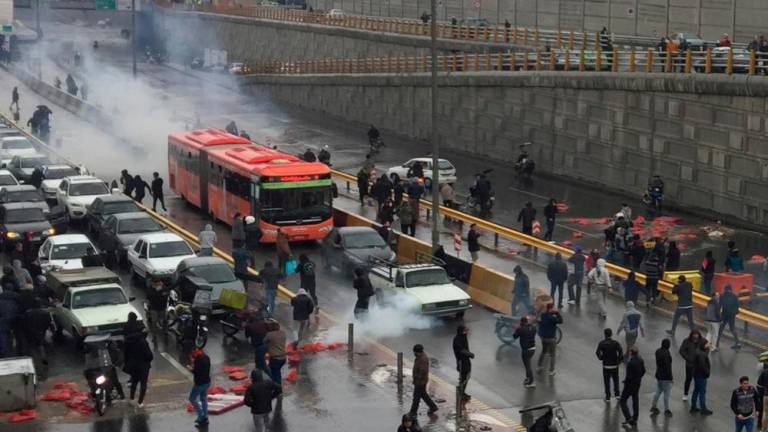 Major protests in Iran about the increase in gas prices may be over, but Iranian officials are saying that they believe a US-orchestrated conspiracy was involved in violence seen during the rallies, which involved attacks on Iranian banks.

Hundreds of banks were attacked, and Iranian authorities say 7,000 protesters were arrested. Iranian intelligence officials say at least eight CIA assets were among those arrested in connection with the violence.

The eight people had been given CIA-funded training, nominally to become “citizen journalists.” Six were arrested at the rallies, while the other two were trying to send information abroad.

Some 200,000 are estimated to have been involved in protests, and they were overwhelmingly peaceful. The violence appears to have mostly hit southern Iran, and it is believed a lot of it was centered on banks.