by Tom O’Neill and Dan Piepenbring, The Intercept: 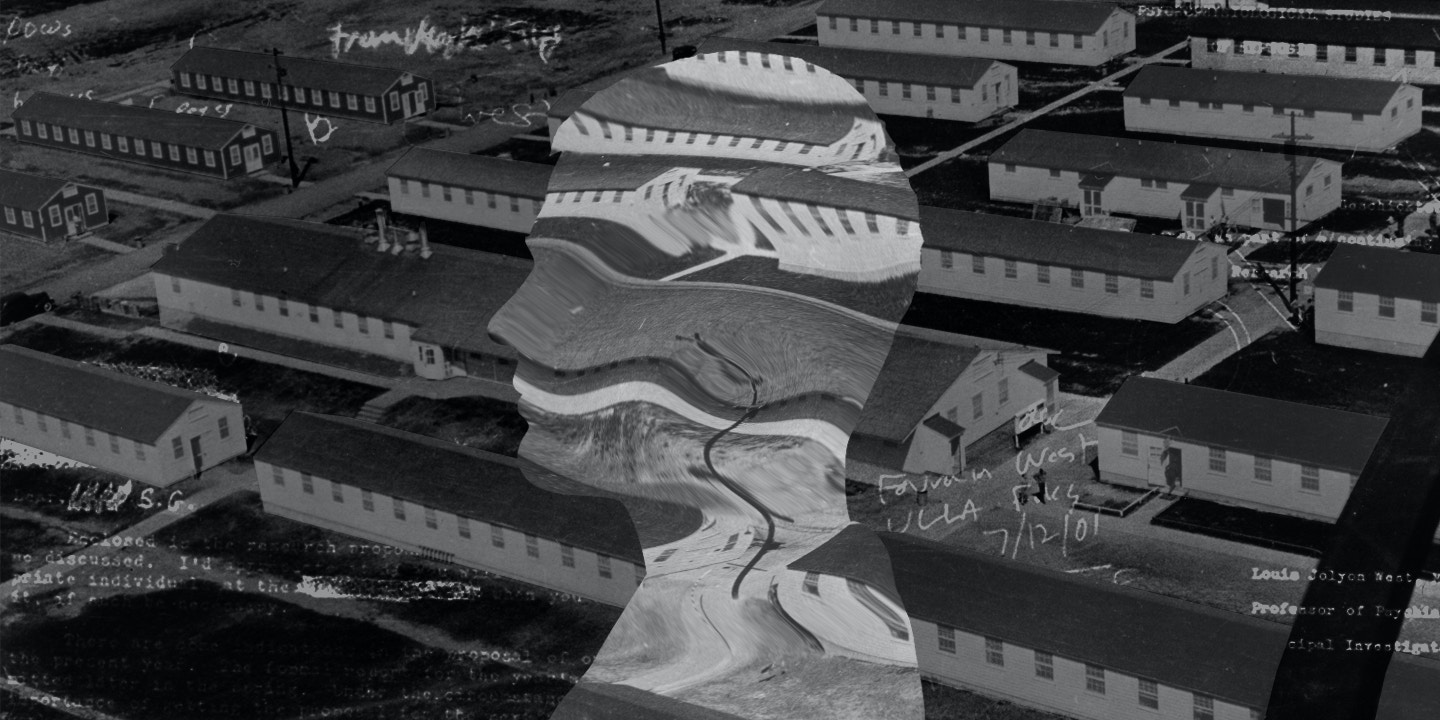 ON THE NIGHT of July 4, 1954, San Antonio, Texas, was shaken by the rape and murder of a 3-year-old girl. The man accused of these crimes was Jimmy Shaver, an airman at the nearby Lackland Air Force Base with no criminal record. Shaver claimed to have lost his memory of the incident.

The victim, 3-year-old Chere Jo Horton, had disappeared around midnight outside the Air Force Base, where her parents had left her in the parking lot outside a bar; she played with her brother while they had a drink inside. When they noticed her missing, they formed a search party.

Within an hour, the group came upon a car parked next to a gravel pit; Chere’s underwear was hanging from one of the car’s doors. Shaver wandered out of the darkness. He was shirtless, covered in blood and scratches. Making no attempt to escape, he let the search party walk him to the edge of the highway. Bystanders described him as “dazed” and in a “trance-like” state.

“What’s going on here?” he asked. He didn’t seem drunk, but he couldn’t say where he was, how’d he gotten there, or whose blood was all over him. Meanwhile, the search party found Horton’s body in the gravel pit. Her neck was broken, her legs had been torn open, and she’d been raped.

Deputies arrested Shaver. At 29, he was recently remarried with two children and no history of violence. He’d been at the same bar Horton had been abducted from, but he’d left with a friend, who told police that neither of them was drunk, though Shaver had seemed high on something. Before deputies could take Shaver to the county jail, a constable from another precinct arrived with orders from military police to assume custody of him.

Around four that morning, an air force marshal questioned Shaver and two doctors examined him, agreeing he wasn’t drunk. One later testified that he “probably was not normal … he was very composed outside, which I did not expect him to be under these circumstances.” He was released to the county jail and booked for rape and murder.

Investigators interrogated Shaver through the morning. When his wife came to visit, he didn’t recognize her. He gave his first statement at 10:30 a.m., adamant that another man was responsible: He could summon an image of a stranger with blond hair and tattoos. After the air force marshal returned to the jailhouse, however, Shaver signed a second statement taking full responsibility. Though he still didn’t remember anything, he reasoned, he must have done it.

Two months later, in September, Shaver’s memories still hadn’t returned. The commander of the base hospital, Col. Robert S. Bray, ordered a psychiatric evaluation, to be performed by Dr. Louis Jolyon West, the head of psychiatric services at the air base. It fell to West to decide if Shaver had been legally sane at the time of the murder.

Shaver spent the next two weeks under West’s supervision. They returned to the scene of the crime, trying to jog his memory. Later, West hypnotized Shaver and gave him an injection of sodium pentothal, or “truth serum,” to see if he could clear his amnesia.

While Shaver was under, according to testimony, he recalled the events of that night. He confessed to killing Horton. She’d brought out repressed memories of his cousin, “Beth Rainboat,” who’d sexually abused him as a child. Shaver had started drinking at home that night when he “had visions of God, who whispered into his ear to seek out and kill the evil girl Beth.”

While Shaver was under hypnosis, he confessed to killing the young girl. At trial, he maintained his innocence.

At the trial, West made only a minimal effort to exonerate Shaver. The airman was found guilty. Though an appeals court later ruled that he’d had an unfair trial, he was convicted again in the retrial. In 1958, on his 33rd birthday, he was executed by the electric chair. He maintained his innocence the whole time.

The trial, which hinged on Shaver’s testimony, might have ended differently had the jury known about West’s past. According to newly surfaced papers from West’s archives, the psychiatrist had some of the clearest, most nefarious ties of any scientist to the CIA’s Project MKUltra. West’s files — especially his correspondence with the CIA’s longtime poisons expert, Sidney Gottlieb — shed new light on one of the most infamous projects in the agency’s history. Likely comprising more than 149 subprojects and at least 185 researchers working at institutions across America and Canada, MKUltra was, as the New York Times put it, “a secret twenty-five year, twenty-five million dollar effort by the CIA to learn how to control the human mind.” Its experiments violated international laws, not to mention the agency’s charter, which forbids domestic activity.

At the trial, West maintained that Shaver had suffered a bout of temporary insanity on the night of Chere Jo Horton’s killing, but he argued that Shaver was “quite sane now.” In the courtroom, Shaver didn’t look that way. One newspaper account said he “sat through the strenuous sessions like a man in a trance,” saying nothing, never rising to stretch or smoke, though he was a known chain-smoker.

Large portions of West’s truth serum interview with Shaver were read into the court record. The doctor had used leading questions to walk the entranced Shaver through the crime. “Tell me about when you took your clothes off, Jimmy,” he’d said. The transcript of the interview, which survived among West’s papers, also showed West trying to prove that Shaver had repressed memories: “Jimmy, do you remember when something like this happened before?” Or: “After you took her clothes off, what did you do?”

“I never did take her clothes off,” Shaver said.

The interview was divided into thirds, and the middle third hadn’t been recorded. When the transcript picked up, it said: “Shaver is crying. He has been confronted with all the facts repeatedly.”

West asked, “Now you remember it all, don’t you, Jimmy?”

Though lawyers scrutinized Shaver’s medical history, little mention was made of the base hospital where West’s archived letters indicate he had conducted his MKUltra experiments. Shaver had suffered from migraines so debilitating that he’d dunk his head in a bucket of ice water when he felt one coming on. His condition was severe enough that the Air Force had recommended him for a two-year experimental program. The doctor who’d attempted to recruit him was not named in court records or transcripts.

On the stand, West said he’d never gotten around to seeing whether Shaver had been treated in the experimental program. Lackland officials told me there was no record of him in their master index of patients. But, curiously, according to the base’s archivist, all the records for patients in 1954 had been maintained, with one exception: the file for last names beginning with “Sa” through “St” had vanished. 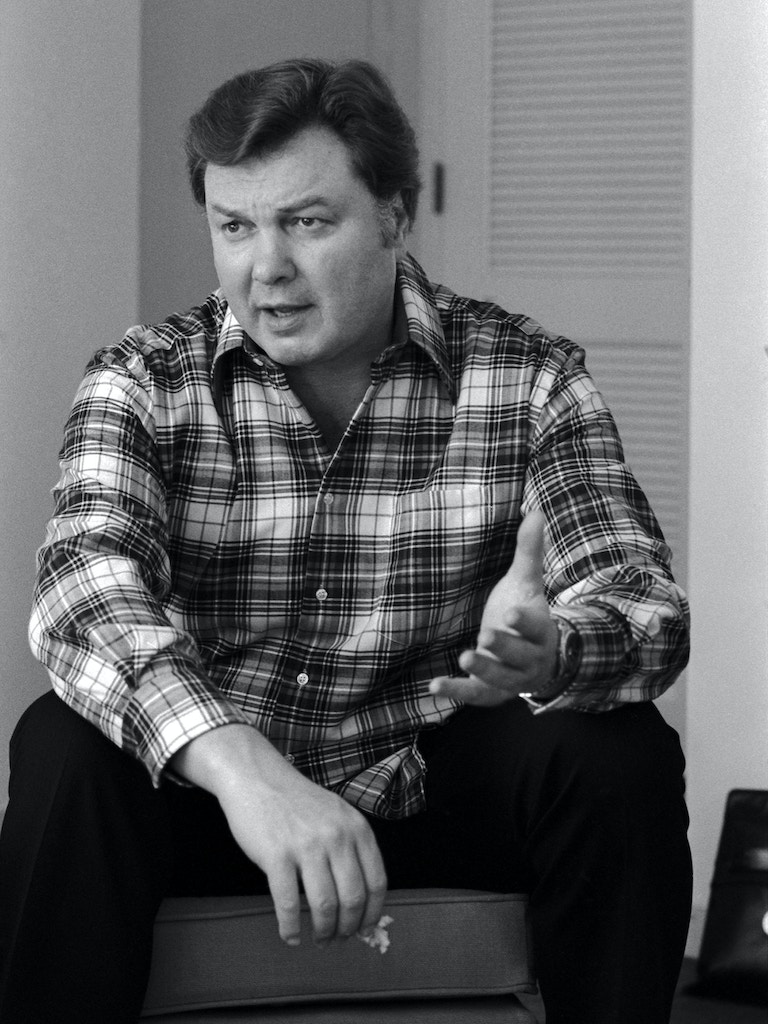 West’s professional fascination with LSD was practically as old as the drug itself. For several decades, he was one of an elite cadre of scientists using it in top-secret research. Lysergic acid diethylamide was synthesized in 1938 by chemists at Switzerland’s Sandoz Industries, but it was not introduced as a pharmaceutical until 1947. In the fifties, when the CIA began to experiment on humans with it, it was a new substance. Albert Hofmann, the Swiss scientist who’d discovered its hallucinogenic qualities in 1943, described it as a “sacred drug” that gestured toward “the mystical experience of a deeper, comprehensive reality.”

In the ’50s, even before hippies embraced the drug, “Very few people took LSD without having somebody being a ‘trip leader,’” Charles Fischer, a drug researcher, told me. The suggestibility from LSD was akin to that associated with hypnosis; West had studied the two in tandem. “You can tell somebody to hurt somebody, but you call it something else,” Fischer explained. “Hammer the nail into the wood, and the wood, perhaps, is a human being.”

THE RULING CLASS WILL MONITOR THE USE OF “VACCINE EXEMPTIONS”