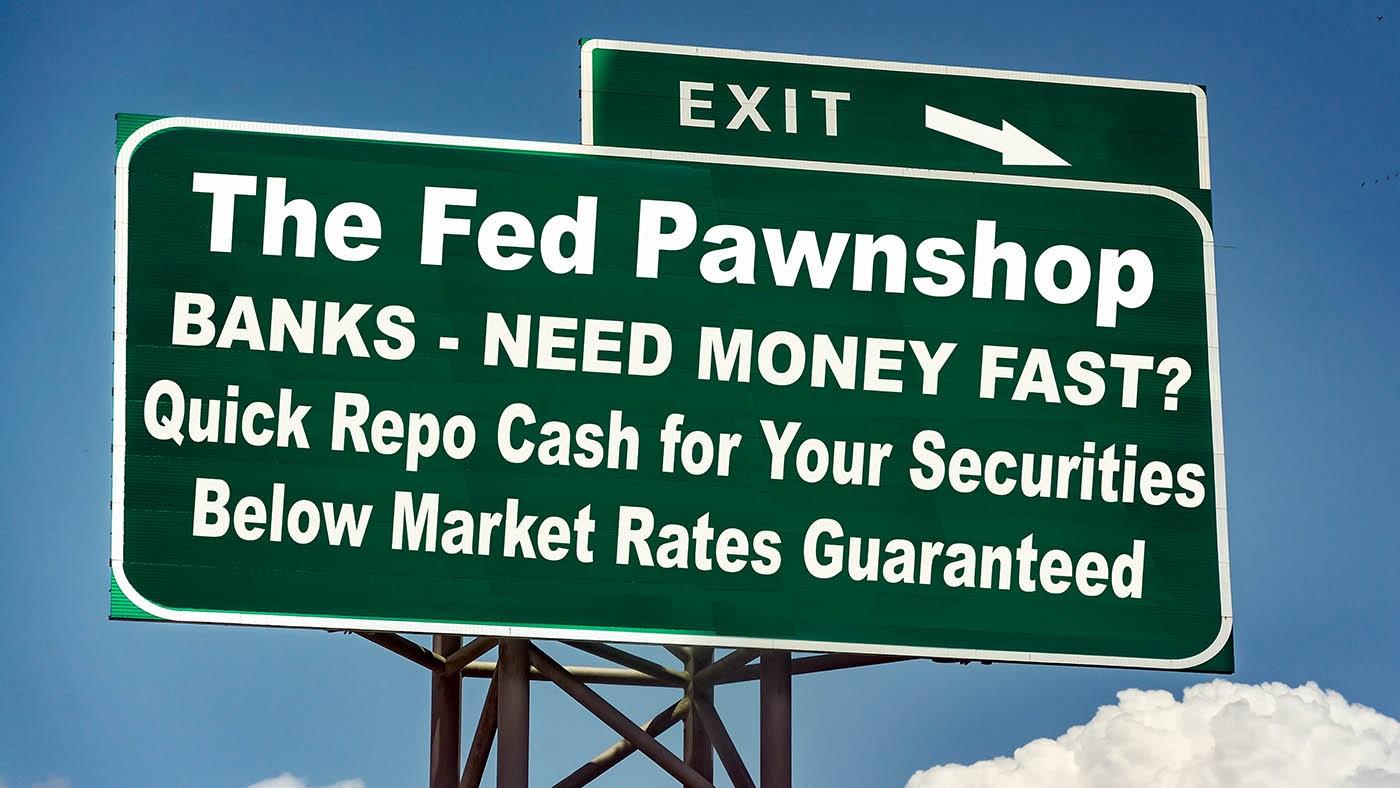 …the financial system experienced some serious liquidity shortages in August 2007, and the Fed injected funds to help keep financial markets operating effectively so that they would continue to support ongoing economic activity

In August 2007, a credit crunch swept global markets forcing central banks to provide billions in emergency liquidity to ensure markets remained functioning. Despite the emergency infusion, financial markets and investment banks collapsed one year later in the greatest financial crisis since the 1929 stock market crash and the Great Depression of the 1930s.

The financial market turmoil in 2007 and 2008 has led to the most severe repercussions on the real economy…money market participants had become reluctant to lend to each other… Repurchase agreements, or “repos,” allow market participants to obtain collateralized funding by selling their own [and/or their clients’] securities and agreeing to repurchase them when the loan matures.

The repo market is, in fact, the bankers’ pawnshop, where banks—and, now, money market and hedge funds—in need of quick cash can pawn their (or their clients’) securities when they need quick overnight loans to meet cash obligations the next day.

SEPTEMBER 2019 – THE RETURN OF THE REPO CRISIS

September’s repo operations on September 17th were the first from the Fed since the 2008 financial crisis, and marked another government action meant to relieve pressure on the nation’s economy. 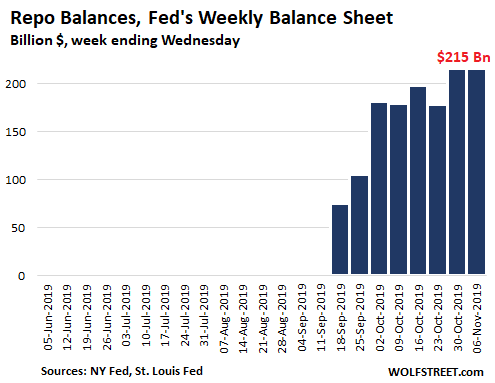 The Fed has been forced to provide hundreds of billions of dollars in emergency liquidity to keep overnight repo rates from spiking since September 17th when they reached 8.5 %, i.e. the Fed’s target rate is 2 %.

…Had the New York Fed not stepped in to offer a $75 billion injection on Sept. 17 and repeated its operations daily since then, trouble in repo could’ve spread and caused tighter credit conditions elsewhere,

Of the Fed’s serial repo interventions, George Selgin wrote, “perfect storm” is not the right metaphor, since such a storm is a freak event that’s unlikely to be repeated. What happened in the repo market is, in contrast, quite likely to repeat itself, and might be repeating itself as I write this were the Fed not repeatedly offering fresh reserves to the money market. Perhaps “climate change” is more like it.

Reflections on the Repo-Market Imbroglio, October 3, 2019

On October 4th, Reuters noted: The New York Federal Reserve will continue to boost liquidity in money markets into November… The bank will offer daily repurchase agreement, or repo operations, offering at least $75 billion a day in daily cash injections through November 4,

On November 5th, the Wall Street Journal reported the New York Fed had added permanent liquidity to the repo markets by purchasing more than $42 billion in Treasuries in addition to open-ended interventions.

On September 17th, the financial system suffered a severe and inexplicable setback and was sent to urgent care. There, monetary specialists recommended a massive injection of liquidity to bring rapidly rising indicators of systemic stress back down to normal.

The specialists soon discovered the financial system was in need of even more liquidity and announced the massive daily injections of liquidity involving hundreds of billions of dollars would continue through October 4th.

Throughout the crisis, the Fed has issued explanations regarding possible causes for the unexpected bout of severe systemic distress. Many observers found the Fed’s explanations to be confusing, inadequate and, perhaps, intentionally obfuscatory.

Some believe the underlying conditions are, in fact, fatal, that the temporary stay in urgent care will be followed not by a return to health, but by hospice. Some even suspect the financial system is already on life-support and has artificially been kept alive since 2008 by a reinsurance company that would be bankrupted by the historic death benefit due at its demise.

With no viable alternative, the reinsurance company has clearly opted to pay for the increasingly expensive end-of-life care the financial system demands…until it can’t.

I have had the pleasure and honor of knowing Professor Antal E. Fekete for twenty years. A monetary scientist by nature and a mathematician by training, Professor Fekete’s understanding of gold and money is perhaps more critically relevant today than at any other time in history.

It was Professor Fekete who introduced the idea of gold backwardation after having bought a seat on the Winnipeg Commodity Exchange (on a professor’s salary) in 1972 to observe how the world’s first futures market in gold would operate.

It was from this unique vantage that Professor Fekete saw the importance of the gold basis in signaling when fiat capital markets might implode—A POINT WHICH WE ARE NOW APPROACHING—should gold not be reintroduced into today’s increasingly unstable monetary system.

Sandeep Jaitly, like Professor Fekete, a mathematician, in addition to then being a London fund manager and expert in gold and silver derivatives, was introduced to the Mengerian school of Austrian economics by Professor Fekete.

I interviewed Professor Fekete and Sandeep Jaitly on the co-basis and Armageddon alert at Professor Fekete’s Gold Standard University in Hungary in March 2010., see https://www.youtube.com/watch?v=rFTPHqQzDg8,