The western media has been hit with warnings of “financial Armageddon” and the need for a “global hegemonic synthetic currency” to replace the collapsing US dollar under a new system of green finance. These statements have been made by former and current Bank of England Governors Mark Carney and Mervyn King respectively and should not be ignored as the world sits atop the largest financial bubble in human history reminiscent of the 1929 bubble that was triggered on black Friday in the USA which unleashed a great depression across Europe and America.

While I’m not arguing that a systemic change is not vital to protect people from the effects of a general meltdown of the $1.2 trillion derivatives bubble sometimes called “the western banking system”, what such central bankers are proposing is a poison more deadly than the disease they promise to cure.

In principle, the world crisis, is no different from the artificially manufactured crises which the world faced in 1923 when unpayable Versailles debts were heaved onto a beaten Germany, which I elaborated upon in my previous report. It is also no different from the nature of the folly that unleashed unbounded speculation during the “roaring 1920s” which led to the bank-run and general meltdown. Similarly, the solutions being proposed to put out the fire by those same arsonists who lit the matches today are identical to what the world faced in 1933 as a “central bankers” solution for the world depression.

How the 1929 Crash was Manufactured

While everyone knows that the 1929 market crash unleashed four years of hell in America which quickly spread across Europe under the great depression, not many people have realized that this was not inevitable, but rather a controlled blowout.

The bubbles of the 1920s were unleashed with the early death of President William Harding in 1923 and grew under the careful guidance of JP Morgan’s President Coolidge and financier Andrew Mellon (Treasury Secretary) who de-regulated the banks, imposed austerity onto the country, and cooked up a scheme for Broker loans allowing speculators to borrow 90% on their stock. Wall Street was deregulated, investments into the real economy were halted during the 1920s and insanity became the norm. In 1925 broker loans totalled $1.5 billion and grew to $2.6 billion in 1926 and hit $5.7 billion by the end of 1927. By 1928, the stock market was overvalued fourfold!

When the bubble was sufficiently inflated, a moment was decided upon to coordinate a mass “calling in” of the broker loans. Predictably, no one could pay them resulting in a collapse of the markets. Those “in the know” cleaned up with JP Morgan’s “preferred clients”, and other financial behemoths selling before the crash and then buying up the physical assets of America for pennies on the dollar. One notable person who made his fortune in this manner was Prescott Bush of Brown Brothers Harriman, who went onto bailout a bankrupt Nazi party in 1932. These financiers had a tight allegiance with the City of London and coordinated their operations through the private central banking system of America’s Federal Reserve and Bank of International Settlements.

The Living Hell that was the Great Depression

Throughout the Great depression, the population was pushed to its limits making America highly susceptible to fascism as unemployment skyrocketed to 25%, industrial capacity collapsed by 70%, and agricultural prices collapsed far below the cost of production accelerating foreclosures and suicide. Life savings were lost as 4000 banks failed.

This despair was replicated across Europe and Canada with eugenics-loving fascists gaining popularity across the board. England saw the rise of Sir Oswald Mosley’s British Union of Fascists in 1932, English Canada had its own fascist solution with the Rhodes Scholar “Fabian Society” League of Social Reconstruction (which later took over the Liberal Party) calling for the “scientific management of society”. Time magazine had featured Il Duce over 6 times by 1932 and people were being told by that corporate fascism was the economic solution to all of America’s economic woes.

In the midst of the crisis, the City of London removed itself from the gold standard in 1931 which was a crippling blow to the USA, as it resulted in a flight of gold from America causing a deeper contraction of the money supply and thus inability to respond to the depression. British goods simultaneously swamped the USA crushing what little production was left.

It was in this atmosphere that one of the least understood battles unfolded in 1933.

1932: A Bankers’ Dictatorship is Attempted

In Germany, a surprise victory of Gen. Kurt Schleicher caused the defeat of the London-directed Nazi party in December 1932 threatening to break Germany free of Central Bank tyranny. A few weeks before Schleicher’s victory, Franklin Roosevelt won the presidency in America threatening to regulate the private banks and assert national sovereignty over finance.

Seeing their plans for global fascism slipping away, the City of London announced that a new global system controlled by Central Banks had to be created post haste. Their objective was to use the economic crisis as an excuse to remove from nation states any power over monetary policy, while enhancing the power of Independent Central Banks as enforcers of “balanced global budgets”. elaborate

In December 1932, an economic conference “to stabilize the world economy” was organized by the League of Nations under the guidance of the Bank of International Settlements (BIS) and Bank of England. The BIS was set up as “the Central Bank of Central Banks” in 1930 in order to facilitate WWI debt repayments and was a vital instrument for funding Nazi Germany- long after WWII began. The London Economic Conference brought together 64 nations of the world under a controlled environment chaired by the British Prime Minister and opened by the King himself.

A resolution passed by the Conference’s Monetary Committee stated:

“The conference considers it to be essential, in order to provide an international gold standard with the necessary mechanism for satisfactory working, that independent Central Banks, with requisite powers and freedom to carry out an appropriate currency and credit policy, should be created in such developed countries as have not at present an adequate central banking institution” and that “the conference wish to reaffirm the great utility of close and continuous cooperation between Central Banks. The Bank of International Settlements should play an increasingly important part not only by improving contact, but also as an instrument for common action.”

Echoing Carney’s current fixation with “mathematical equilibrium”, the resolutions stated that the new global gold standard controlled by central banks was needed “to maintain a fundamental equilibrium in the balance of payments” of countries. The idea was to deprive nation states of their power to generate and direct credit for their own development.

Chancellor Schleicher’s resistance to a bankers’ dictatorship was resolved by a “soft coup” ousting the patriotic leader in favor of Adolph Hitler (under the control of a Bank of England toy named Hjalmar Schacht) in January 1933 with Schleicher assassinated the following year. In America, an assassination attempt on Roosevelt was thwarted on February 15, 1933 when a woman knocked the gun out of the hand of an anarchist-freemason in Miami resulting in the death of Chicago’s Mayor Cermak (1).

Without FDR’s dead body, the London conference met an insurmountable barrier, as FDR refused to permit any American cooperation. Roosevelt recognized the necessity for a new international system, but he also knew that it had to be organized by sovereign nation states subservient to the general welfare of the people and not central banks dedicated to the welfare of the oligarchy. Before any international changes could occur, nation states castrated from the effects of the depression had to first recover economically in order to stay above the power of the financiers. 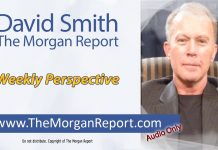