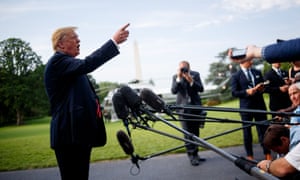 Few now doubt that the major U.S. media outlets, under the guise of journalism, function as political activists, saturating the airwaves and the internet with the talking points of the Democrat party.

There has long been liberal bias in the media, but deliberate efforts to undermine the traditional nonpartisan ideal of journalism took a giant leap forward with the 2007 founding of “Journolist.”

It was originally intended to be a gathering place for several hundred liberal journalists, academics and political activists to connect young writers to top sources, but Journolist quickly degenerated into the collusion and coordination for hackery and smears, as described by the Daily Caller:

“In a key episode, Journolist members openly plotted to bury attention on then-candidate Barack Obama’s controversial pastor, the Rev. Jeremiah Wright. The Washington Independent’s Spencer Ackerman, for instance, suggested an effective tactic to distract from the issue would be to pick one of Obama’s critics, ‘Fred Barnes, Karl Rove, who cares — and call them racists.’”

At a more secret and sinister level, individuals, acting alone or in coordinated groups, promote the narrative of the establishment elite, often with the encouragement or under the guidance of intelligence agencies or their commercial surrogates.

For example, the Washington Post’s David Ignatius, long-considered a mouthpiece for U.S. and British intelligence agencies, has recently been identified as a media conduit for now-outed CIA and FBI informant Stefan Halper, providing more evidence that the intelligence community has co-opted the press to push anti-Trump conspiracy theories.

It is important to note that the October 24, 2019 court filing by the defense attorneys for General Michael Flynn alleges that James H. Baker, Director of the Office of Net Assessment at the Pentagon, leaked to the press copies of the transcripts from Flynn’s December 2016 telephone calls to then-Russian ambassador Sergey Kislyak. Baker had regularly scheduled lunches with The Washington Post’s David Ignatius, who published an article about the calls in January 2017.

Over four years, the Office of Net Assessment, paid Stefan Halper, linked both to the Flynn case and the Trump-Russia collusion hoax, over $1 million for research papers of dubious value.

The targeted, coordinated and swarming feeding-freezing journalism for political ends appears to be, not just the product of individuals, but a collaborative effort between media outlets and the Deep State, which is transnational and may have been and may still be an intimate element in the perpetration of the anti-Trump narrative.

In many ways similar to Journolist, the British Integrity Initiative describes itself as an organizer of an international “network of networks” of “experts, opinion formers and policy makers” to “counter Russian disinformation.”

The Integrity Initiative was founded by a former member of British military intelligence and funded by the British Foreign and Commonwealth Office, which also oversees both the Government Communications Headquarters (GCHQ), the British equivalent to the National Security Agency, and the Secret Intelligence Services (SIS), commonly known as MI6, the British counterpart of the Central Intelligence Agency.

Listed among the UK “cluster,” one of the documents hacked from the Integrity Initiative, is the name “Andrew Wood.”

Sir Andrew Wood, former British ambassador to Russia, was identified in a court case as an Associate in Orbis Business Intelligence Limited, the British company which includes Christopher Steele, the author of the now debunked Trump dossier.

Wood, who first became aware of the contents of the Trump dossier during a meeting with Steele in August 2016,  informed Senator John McCain in November after the Presidential election.

Sir Andrew also appears as a member of the “Russian Workgroup” headed by Robert Otto, who reported to Victoria Nuland at the U.S. State Department. The purpose of this group remains obscure, but it contained members from the British Foreign and Commonwealth Office, two from the British Secret Intelligence service MI6 and Charles Kupchan, presumed boss of the alleged White House “whistleblower” Eric Ciaramella.

Listed among the U.S. – Canadian “cluster” is Evelyn N. Farkas, former Deputy Assistant Secretary of Defense for Russia/Ukraine/Eurasia, who already in October of 2016 said:

“And actually, if Donald Trump were elected I believe he would be impeached pretty quickly or somebody else would have to take over government. And I am not even joking.”

Farkas left government in 2015, after which she joined Hillary Clinton’s 2016 campaign for President as an advisor. In the summer of 2016, as a Clinton operative, she claimed to be “getting winks and hints from inside,” presumably intelligence from inside the Obama Administration about investigations of Trump-Russia collusion and General Michael Flynn, either through retention of her top secret security clearance or through leaks.

According to Judicial Watch, Farkas admitted that there was surveillance of President’s Trump’s campaign and leaking of intelligence information. She encouraged people in the administration and on the Hill to “get as much intelligence as you can before President Obama leaves [office] … I became very worried because not enough was coming out into the open and I knew that there was more … That’s why you have the leaking.”