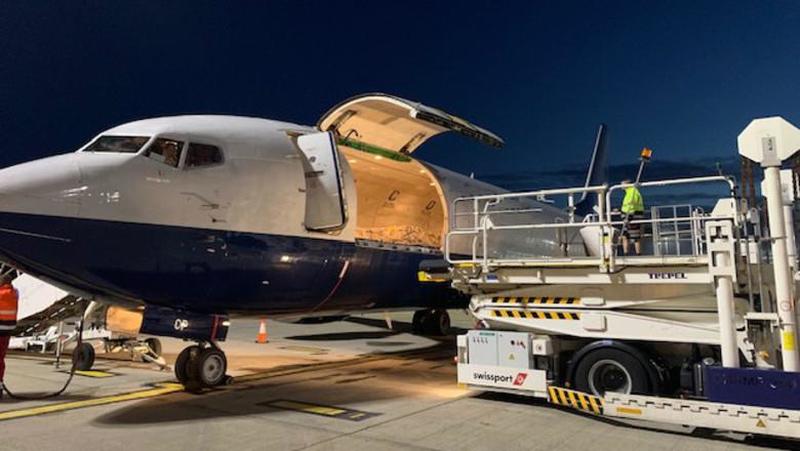 Yesterday we reported that over the past few months, 100 tons, or some 8,000 gold bars, were secretly transported from the Bank of England’s vaults in London to Poland. But how did this carefully planned transport take place happen? G4S explains how it managed one of the biggest movements of gold between global central banks in just eight trips, whereas it took the Bundesbank just about 5 years to repatriate 674 tons of gold from New York and Paris.

In the early hours of the morning on November 22, 2019, four G4S trucks raced from a secret facility northwest of London carrying a special cargo. They were accompanied by a police escort, with a helicopter flying overhead. Lights flashed as they drove to a London airport, where 20 heavy, wooden boxes were carefully loaded and tied down in a Boeing 737 freighter plane.

“It was the eighth time we had made the trip, in the middle of the night,” Paul Holt, General Manager of G4Si in Europe (North and South), Russia and the Commonwealth of Independent States, said. “It was all very secretive, and extremely important it was done well.” The boxes were full of gold bars, bound for Poland.

Over the eight trips, G4Si helped transport 100 tonnes of gold – worth approximately $4.7 billion – from London’s Bank of England to the Narodowy Bank Polski, Poland’s central bank. On the UK side, 8,000 bars were carefully counted, prepared and packaged at a purpose-built G4S gold storage facility in London. They were then loaded into high-tech armored trucks.

“The movements of the gold were meticulously planned in coordination with everyone, including the police, the Bank of England, the Narodowy Bank Polski and G4Si,” John Lennox, Operations Director for G4S Cash Solutions UK, said.

“Given the sensitivity this operation, we needed to be prepared for anything. Plans can change at short notice. Having a strong team, flexible and professional drivers, and making sure everyone was regularly updated meant the operation was a complete success.”

In the middle of the night, the trucks, escorted by police and helicopters, arrived at the London airport. The bars were then airlifted to two airports in Poland, where they were taken, under another full police escort, to the country’s central bank vaults.

They were London Good Delivery bars, a standard issue bar weighing 12.5kg each, stamped with a serial number and marker identifying the refinery at which they were produced.

G4Si has been transporting valuable commodities like gold, diamonds and fine art – for governments, museums, banks and mining companies all over the world for more than three decades. It has more than 250 specialist staff, a secure reach over 130 countries, and risk mitigation systems that ensure cargo is safe at every stage of the journey.

One G4Si employee who accompanied the gold on two of the trips said: “This is one of the biggest private movements of gold between banks in the world.”

“It involved a huge amount of planning in a short period of time,” he said.

“We liaised with police forces, representatives from both central banks, arranged insurance – it’s $5bn worth of gold, after all – and made sure the whole operation was secure, safe, and efficient.