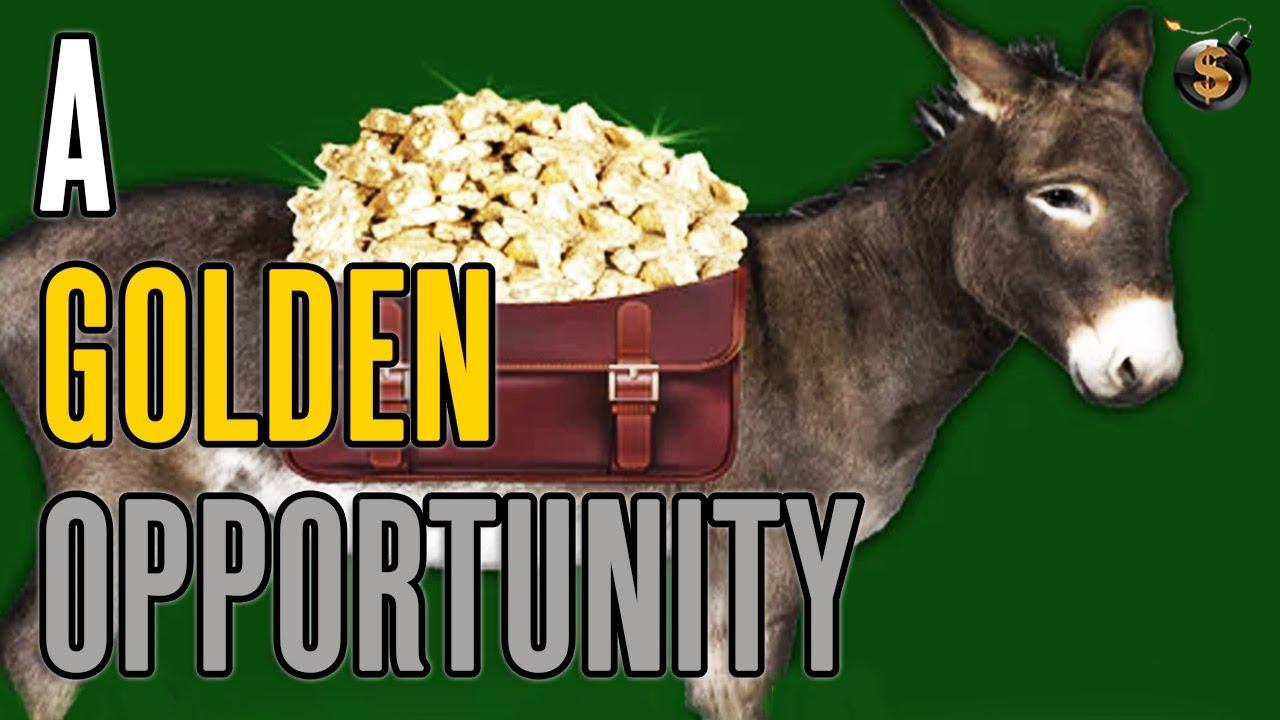 Use the above link to subscribe to the paid research reports, which include coverage of critically important factors at work during the ongoing panicky attempt to sustain an unsustainable system burdened by numerous imbalances aggravated by global village forces. The historically unprecedented ongoing collapse has been created by compromised central bankers and inept economic advisors, whose interference has irreversibly altered and damaged the world financial system, urgently pushed after the removed anchor of money to gold. Analysis features Gold, Crude Oil, USDollar, Treasury Bonds, and inter-market dynamics with the US Economy and US Federal Reserve monetary policy.

Big systemically important banks could be in failure mode. A small group of big Western banks are in deep trouble. The officials might keep it all secret, working feverishly behind the curtains to patch their myriad holes with paper. These SIFI banks are likely major recipients of USFed overnight aid in the form of Repurchase (REPO) and Permanent Open Market Operations (POMO) activity, plus gigantic hidden funny money infusions. Beware the advent of chaos, with lost control. Possibly the main markets will remain tame under tight controls, while the precious metals prices zoom to multiples higher. Always keep in mind then when the POMO volume rises significantly, it means that QE has returned. When the volume is tremendous, it means that Infinite QE is here. Since Chairman Powell admitted in May that QE was a permanent feature with monetary policy, we must conclude that we are at the doorstep of Infinite QE Forever. Thus the Gold price will be required to double and the Silver price triple. All in time. It is written; it will be done.

No, this is not the Science Fiction angle. But in reality, all banks are not Quiet on the Western Front. They are operating in the Twilight Zone. By definition the Systemically Important Financial Institutions (SIFI) are of such size and scope, that they can topple the entire Western financial system. The meaning of SIFI bank is unspoken as not to be permitted to fail. It is the new Too Big To Fail term. Since 2008, the big important banks have been lashed together. Hence, if one fails, they all stand at risk to fail. These banks will be preserved at all cost, even if converted into gigantic Zombie trees. Many are technically insolvent, except for the mythical value of their USTreasury and Corporate Bonds. They are hollow reeds in my opinion. In recent two or three years, they have badly abused leverage. They enter the room to take USTBonds in Reverse REPO, then leverage up to 50 times, maybe even 100 times, in buying sprees. They are reportedly the last bastion to prevent overt Treasury Bond auction failures. Imagine a series of Sears Towers 200 stories high but with lobby footprints only 1/4 the size, as in foundation to support the mass above. They cannot withstand storms with high winds.

The Jackass is hearing rumors, which build upon my own suspicions, to the effect that at least two big SIFI banks are currently in failure mode. They require massive derivative patch jobs. They require massive attention in restructure efforts. They require immediate fixes to avoid global contagion. They require secrecy at the same time, to prevent bank runs and bond market collapse. The list might grow. Bear in mind that in 2008, two banks failed, Lehman Brothers and Fannie Mae, while a third in AIG was killed in order to facilitate the Goldman Sachs criminal conclusion. The Jackass has stated for three or more years that this Systemic Lehman Event will be around five times bigger in impact. Thus expect around eight or ten big SIFI banks to fail. These banks to follow are all likely receiving gigantic swaths of money, with precedent set in 2009 when Citigroup led the parade with $2 trillion in secretive hidden illicit aid. Expect the same to be happening right here, right now.

Consider Deutsche Bank which has derivatives in USD-Gold, in the Petro-Dollar, and in Interest Rate Swaps, with a tremendous book of loans to the Southern Europe PIGS nations. When BaFin tried to reduce their EUR 95 trillion derivative book in 2014, they might have set off a chain reaction, impossible to halt. DBank served as the Wall Street bitch boy back in 1998, absorbing Bankers Trust dutifully. Actually the story has become more clear, that DBank did not know the full extent of what they were acquiring. The Voice warned over two years ago that their stock share price would move under $1, under EUR 1. The path is obvious now. Also it was mentioned that DBank has eight business segments, and NONE is potentially salvageable. All will be liquidated to zero. The big venerable bank is broken, bankrupt, and worth zero. Imagine all the help they receive from the USFed and the Euro Central Bank. The panic that ensues when this fact is better comprehended will be a massive global rush into Gold, followed by central banks stockpiling Gold in their reserves, then finally a ten-fold rise in the Gold price past $10,000 per oz.

Consider Credit Suisse which appears to have been at the center of the Euro-Swissy peg in 2012, designed to prevent a fast rising Swiss Franc currency capable of wrecking their diverse economy. Revealed two years ago, the peg might have had a USD-Gold side to make for a complex four-way arbitrage working in concert with JPMorgan to bring down the Gold price from $1900/oz to $1300/oz. The insider word these days is that the big Swiss bank is having an impossible challenge in unwinding their gigantic derivative books. They might be forced to sell a massive swath of USD-based stocks, held as part of the arbitrage. Next the risk lies in paving the path in unwind process, whereby the Gold price zips past the $2000 mark as they lose control. Difficult unwinds usually result in a return to the original price when the arbitrage was begun, all to force and to maintain a false Gold price. Imagine all the help they receive from the USFed and the Euro Central Bank. The panic that ensues when this fact is better comprehended will be a massive global rush into Gold, followed by central banks stockpiling Gold in their reserves, then finally a ten-fold rise in the Gold price past $10,000 per oz.

Consider JPMorgue which has a derivative book in every conceivable market, probably more diverse than Deutsche Bank, surely with direct linkage to the New York Fed and its profound corruption in financial markets. For over four years, my firm belief is that JPMorgue has been in severe distress in liquidating the massive platforms tied to the entire diversified Petro-Dollar system. The crumbled crude oil price accentuates the distress. This is no small task. Back in 2008, the JPM crew was deeply overwhelmed by the subprime bond crisis. They were at the center of many investor lawsuits, whose total was $280 billion in payout settlements. It is widely believed that JPM is now a Chinese bitch coulee, running tasks in accumulating gigantic silver stockpiles for their new hidden Chinese master. They are in big trouble, probably from some management of the Exchange Stabilization Fund, which is reported to be the large scale iceberg. Its visible face is seen in the REPO market. Imagine all the help they receive from the USFed and the Euro Central Bank. The panic that ensues when this fact is better comprehended will be a massive global rush into Gold, followed by central banks stockpiling Gold in their reserves, then finally a ten-fold rise in the Gold price past $10,000 per oz.

Consider HSBC which has deep ties to all things gold, serving as the GLD Fund manager and gatekeeper. In other words, acting as king fraud agent to betray the fund’s investors, as gold metal is supplied for weekly dumping sessions. It is reported that this British-Hong Kong bank has a gold short position that cannot be fixed, and thus the new Pledged Gold category in search of metal to cover their deeply underwater gold position. Bear in mind the Jackass argument that the GLD Fund has an Effective Zero of roughly 550 tonnes gold. Their inventory level is a false story, since gold in motion from mining firms, to and from vault facilities, is a constant factor. Rumors are flying that even with the monstrous crime scene in London with the Exchange For Physical fraud, nothing can save HSBC from failure as their gold contracts are all underwater. Imagine all the help they receive from the USFed and the Euro Central Bank. The panic that ensues when this fact is better comprehended will be a massive global rush into Gold, followed by central banks stockpiling Gold in their reserves, then finally a ten-fold rise in the Gold price past $10,000 per oz.

In my opinion, this list of four major banks (in possible death spirals) could grow to several more. Consider that Wells Fargo, Citigroup, Societe Generale, and top Italian banks are all at risk of entering death spirals also. One could have included Barclays in this short list, except due to incredible banker pressure, all LIBOR lawsuits were halted. Maybe some murders were threatened. The risk of severe and widespread contagion is real, large, and palpable. Thus the big SIFI banks in failure are kept out of the news. What cannot be kept quiet is the hundreds of failure symptoms, with debt restructure so profound and prevalent, that numerous bankruptcy restructures are in progress.

Beware the advent of chaos. A global war usually accompanies the demise of a global currency, as its defense is great, thus opening new infra-structure via violent means. The Belt & Road Initiative creates a constructive mutually beneficial alternative, which has been given my name of the Global Economic RESET. Watch for Western chaos during this transition. One should expect some chaos which will be hard to anticipate in its evolving full form. Imagine herding 100 cats let loose from a trailer truck into an open field. The banker cabal cannot keep this entire patch remedy rescue endless project under control. The Infinite QE Forever could amplify into unspeakable volume the lost control, the Weimar climate, the Modern Monetary Theory backfire, matched by public shock & awe. The disorder could hit the financial markets, but given that the Exchange Stabilization Fund is on the job, the main stock, bond, and currency markets might remain rather steady, but with a massive relief valve in Gold & Silver.

The true save haven is precious metals. Their price could rise double or triple quickly. The Basel End Game Plan calls for the major central banks to accumulate gold, to convert impaired sovereign bonds to Gold reserves, and then finally to push the Gold price up 10-fold, like over $10,000 per oz. The Basel hive is executing this plan right here right now, in the Jackass opinion. They are using closely aligned financial firms to do the Gold purchases, and using false accounting with double books to conceal their activity.