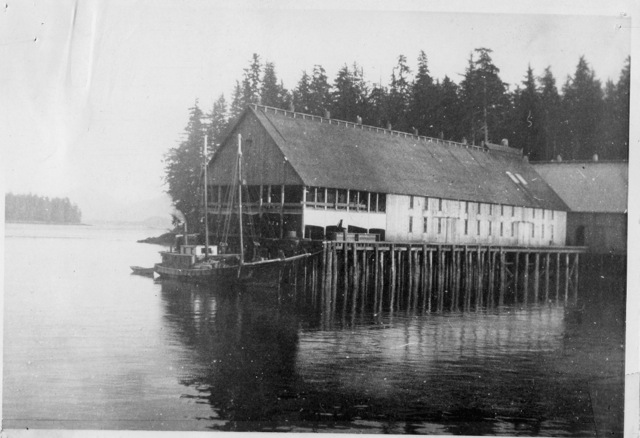 Nature is very generous with her gifts, but at least here in Alaska, rarely consistent.

I think about the highs and lows of our food production history (animals, plants, honey) whenever I read some optimistic, wannabe homesteader or prepper declare, “I will live off the land!” or ”I will learn to garden when I get there.”   The key to food production, I have concluded, is to (a) learn to read the weather, (b) learn what grows in your ecosystem, (c) don’t expect the same harvests each year, and (d) be adaptable.

The following are a few examples of surprises that have impacted our food harvests of wild and domesticated animals (first) and vegetables (second) in recent — and variable — years:

WILD AND DOMESTICATED ANIMALS (AND INSECTS):

BEAR:  Last year, my husband shot (from our front porch) a large black bear (6’4” according to the hide) that is still feeding us from quart jars I canned.  Stew, tacos, spaghetti, stuffed wontons, moo shoo bear, just to name a few.

This year though, we never even saw one.  (Just scat from surreptitious night time visitors).  That is hundreds of pounds of meat we had expected, but did not get.

FISH:  When we bought a property on a lake, two miles from a stream, we assumed we would eat fish all the time.  But Mother Nature foiled those plans. Pike moved into our lake/river system about 15 years ago, eradicated all of the other fish.  I prefer trout but like pike: we used to haul out monsters 39 – 42 inches long and make three meals at a time. In the past two or three years, they have virtually disappeared.  A biologist inferred that when their population peaked and they had killed off everything else, they started cannibalizing their smaller progeny until few remain today. Therefore, the fishing we took for granted petered out before I even thought to preserve any of it!  Is it worthwhile to re-stock the lake with purchased fry and fingerlings? Not as long as a mating pair of predatory pike remain, we are told.

Yes, we can kayak across the lake and then hike two miles through bog and woods for salmon, grayling, and trout as we did years ago, but to do so, we need to resurrect and maintain a feeble trail, now overgrown with plants and downed trees and beaver dammed creek sections.  This, we have neglected to do while working on our property, so it will be a major project. Hiking two miles through untended old growth forest in Alaska is not like hiking through a state park.

HONEY:  Last year was our worst honey harvest ever, because the summer was so rainy that the bees did not want to fly.

This year was our best honey harvest ever because it was so warm and dry.   Also, our improved hive insulation and ventilation helped three of four hives survive the winter. Thus, they enjoyed an early start on pollen collection.  Since we did not expect that success, we had ordered four more “nucs” (a queen with a small, nuclear colony). This year, even after harvesting 28+ gallons for ourselves, the bees are fortified for the upcoming winter with plenty of honey (their food). We have high hopes for their survival to spring (which will save us $265 per ”nuc”).

RABBITS:  Rabbits breed “like rabbits” with a one month gestation.  They can be mated at age five months. Two years ago, we canned 13 rabbits which was a cost effective endeavor because they fed us for many meals over two years.  This year, however, one doe let two litters in a row die. This was distressing to me. My research indicates that rabbits can get depressed when moved, as she was, from the prior owner to us.  Despite the more commodious and congenial housing, she may not have been a happy camper so she went into the pressure cooker. The other does that we bought (from the same breeder) were too young all summer to breed (we had been counting on the older doe) but one kindled her first litter four days ago.  It does not appear that the others got pregnant. So this has been an expensive year of feeding rabbits that did not “repay their food” with more rabbits.

CHICKENS:  Because chickens have been domesticated for so many centuries all over the world, there are breeds appropriate to many ecosystems.   My favorite breeds to date are Dominiques and Plymouth Rocks. Both are quiet, gentle, and good layers (almost one egg per day per hen during temperate weather).  Of the two, Plymouth Rocks handle the cold better and will actually venture out in the snow, if motivated by sun or food.

In autumn, chickens molt (shed feathers and grow new ones), a process that takes six weeks to three months.  During this period, they stop laying eggs. So far this fall, we have been without fresh eggs from any bird for six weeks.  Plus, hens lay less frequently in the cold and dark Alaska winter, so we will surely run out of eggs this winter before we restock mid-winter by air-taxi.  I did freeze 18 this summer (scrambled and raw, poured into ice cube trays) and I do have powdered eggs which are kinda-sorta okay for baking, but I am rationing breakfast eggs already.

DUCKS:  Ducks handle the cold better than chickens, but their water needs are very high, and hard to fulfill in our off-grid Alaska location.  Also, they always hide their eggs in the yard (our hens and ducks free-range) rather than lay in nesting boxes. Two Notes on Raising Fowl:

BERRIES:  Berries — both wild and domesticated varieties — grow well in Boreal Forest eco-systems like ours.

Wild: raspberries, blueberries, and currants, as well as watermelon berries and elderberries.
Domesticated:  strawberries, raspberries (bigger than wild ones), haskaps, saskatoons, gooseberries, and red, white, and black currants.  No scurvy here! This year was a terrific year for berries, which rather surprised me because it was so dry. For example, I harvested three gallons of strawberries.  To my surprise, their favorite setting has not been in my fertilized and nurtured raised bed gardens but in the neglected front yard, where the plants have rapidly spread out as an attractive ground cover.  Our 12 domesticated raspberry plants were so productive that we left the wild ones for the birds. I canned five gallons, and that, of course, does not include all the delectable ones we nibbled as we harvested!  The mead I make with honey and raspberries is always divine. The one I made with strawberries tastes watery.