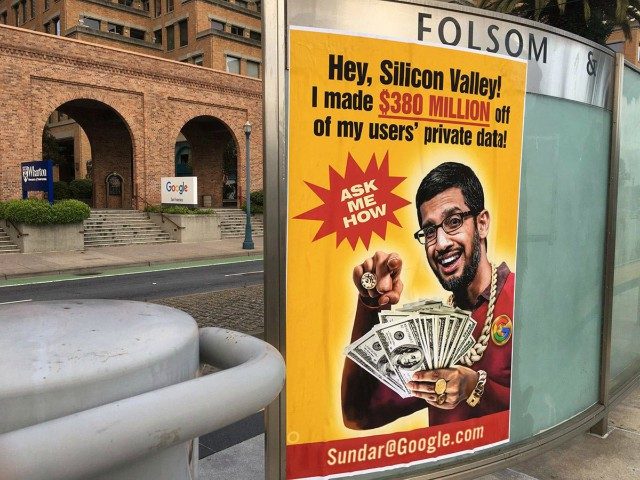 Conservative street artist Sabo has been banned from PayPal, which will withhold funds from him for six months, according to a post on the artist’s Facebook page. The artist claimed in an email to Breitbart News that Etsy has also blacklisted his online store from its platform.

“PayPal canceled my account with all of my money in it,” wrote Sabo. “They are holding my funds for the next 6 months.”

“I explained to them that I live in a city with 60,000 homeless people, and that they are about to make me and my wide join their ranks,” wrote the L.A-based artist. “They apologized. F*** them!”

“We’ll find an alternative way to generate income and I’m sure they will work to hit that as well. And then we’ll find another.”

“2020 is right around the corner and they are doing everything they can to silence our side.”

Sabo’s ban from PayPal appears to be another case of financial blacklisting, in which the left target the capacity of conservative activists, journalists, and organizations to earn a living. Echoing previously blacklistings, Sabo also seems to be experiencing some measure of coordinated efforts, as he claims Etsy also shut down his online store.

Over the past two years, the number of conservatives and right-wingers who have been banned from online funding platforms and even bank and credit card services has grown.

PayPal alone has banned Laura Loomer, InfoWars, and the free-speech focused YouTube alternative BitChute among others. In an interview with the Wall Street Journal earlier this year, the CEO of the online payment processing company has admitted that his company works with the Southern Poverty Law Center (SPLIC), a far-left outfit notorious for making false charges of racism against critics of progressivism.

The digital rights group Electronic Frontier Foundation (EFF) has spoken out against the rise of financial blacklisting. In a comment to Breitbart News last year, a spokeswoman for the organization said banks and payment processors were becoming “de facto internet censors.”