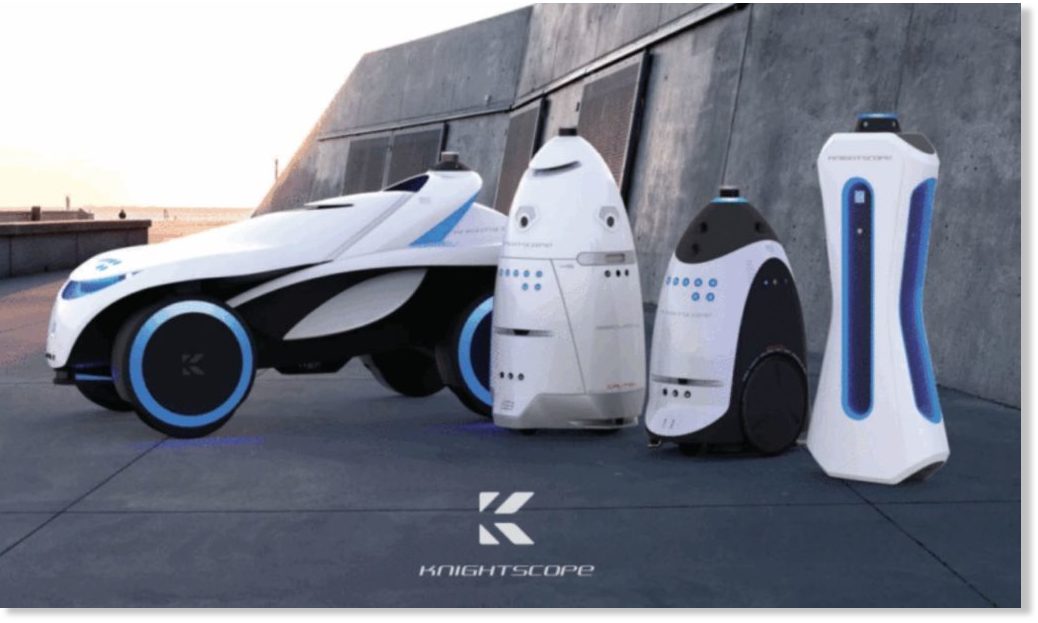 It has been six months, since I informed the public about the dangers of police Knightscope robots that look an awful lot like Doctor Who’s infamous Dalek’s.

In my article I warned people that police would use Knightscope’s thermal imaging cameras to identify what is under everyone’s clothes. (To learn more about public imaging scanners click here.)

A recent article in One Zero revealed that Knightscope has turned their Robocop’s into mobile facial recognition devices that can also blacklist people.

“One presentation slide features the company’s facial recognition capabilities, indicating that the company can surface a known person’s name, the similarity of the person’s face compared to a known image, and a log of other identities that the robot has seen.”

It is bad enough that the Feds and police use secret blacklists but it is an entirely different story when private companies like Knightscope use facial recognition to do the same thing.

What we are seeing is a total transformation of our legal system run by corporate interests.

One Zero revealed that Knightscope can label someone a person of interest with terms like, “causes trouble or sketchy dude.”

Thesaurus.com describes ’causes trouble’ as, “challenging the status quo, to disagree or to protest.”

If law enforcement is using Robocops to blacklist people for challenging the status quo or disagreeing with our government then we all need to sit up and take notice.

Giving corporations access to court records and license plate information at the touch of a button is like opening all the flood gates of the Panama Canal at once and hoping nothing catastrophic happens.

Police Robocops and Robot Dogs are doing much more than flagging people that cause trouble and taking images of suspicious devices.

One Zero’s article also revealed that Knightscope’s, Robocops can discreetly scan wireless devices and match a person’s face to their cell phone.

“This capability allows the robot to discreetly track individuals in its proximity, regardless of whether it can identify their faces. The presentation details how a person’s cell phone can be matched to their identity, and be used to track every time they come in proximity of a Knightscope robot over the course of several days.”

This is flabbergasting, not only are police using Stingray devices to intercept everyone’s cell phone calls, texts and pictures, but now can use they can use Robocops to secretly identify people’s phones.

The North Central Texas College Police Department claims their Robocop “will help minimize parking lot incidents” and it can use strobe LED lights on people.

Knightscope’s reach into our private lives appears to be growing; they recently announced that their Federal Government Initiative would put Robocops in the Pentagon, Intelligence Community and U.S. Military Forces.

“After years of developing Knightscope’s security robot technologies, we are excited to leverage our expertise to help the Nation better secure federal facilities, bases, and assets, which we view as a significant growth opportunity in the coming years,” said William Santana Li, chairman and chief executive officer, Knightscope, Inc.