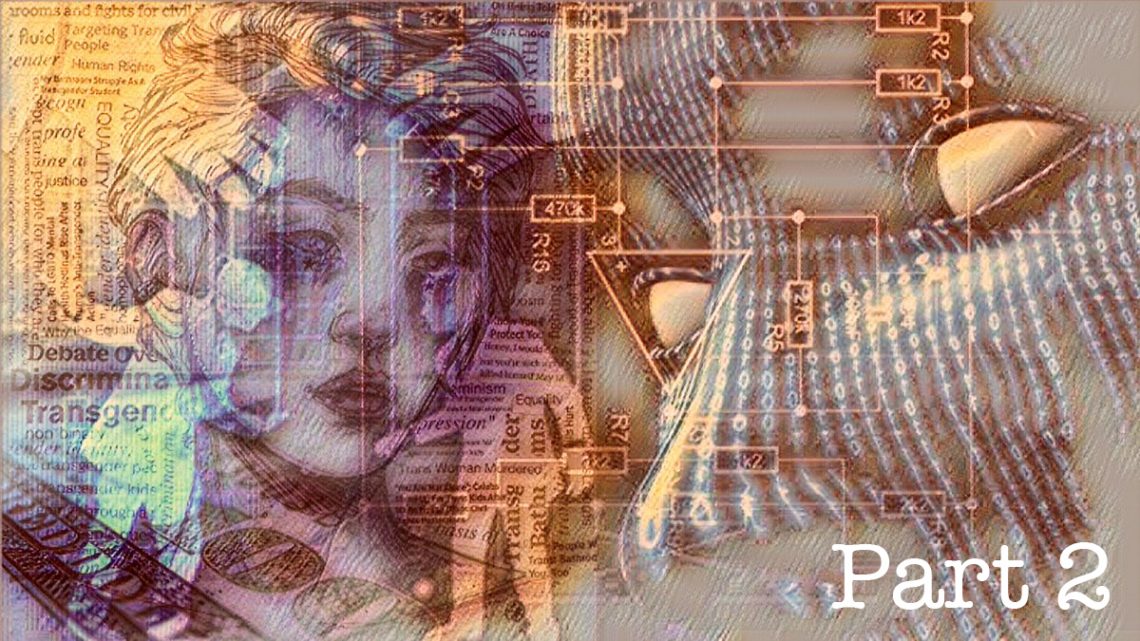 The manufacturing of an industry by those exploiting transgenders, far exceeds what most could have conjured up in their wildest imagination. A historical timeline and the social engineering is detailed in part one of this report, and is absolutely mandatory reading before continuing below. What is happening in our country and all around the world has already crossed into dangerous territory, with children as their target. This is a billion dollar industry growing at rapid pace, and if people don’t see the writing on the wall, there is no turning back.

Puberty blockers are being used by physicians around the globe to transition children, which can lead to chemical castration and sterilization as well as a myriad of other side effects. This is the precursor to moving toward gender reassignment surgery. Where did these puberty blockers originate from, are they FDA licensed, and how did science play their role in this?

“Many people are doing what amounts to an experiment on these young people without telling them it’s an experiment. You need evidence for that and this is a very serious treatment. It is comparable to doing frontal lobotomies.

I believe it will be something like how we think of eugenics now. We will come to regret it when we discover how many of the young people that were injured regret it themselves.”

In 1969, Marshall and Tanner published the results of their study of 192 white British girls. They claimed that the average age of thelarche (onset of secondary breast development, whereas the initial growth occurs in fetal development) was eleven years and they defined “precocious puberty” in girls if this began before age eight. For boys, it’s if pubertal development occurs before age 9. What does this effect? Primarily, ones height. They could have a growth spurt to grow taller more quickly, then it stops, so when full grown they may be on the shorter side. It certainly wouldn’t put them out of the “norm,” but they’ve programmed a society based on vanity, so being slightly shorter is unacceptable. With girls, they may begin to develop breasts a few years earlier than their friends. With boys, their penis may begin to grow slightly faster than the average boy. In all cases, NONE of this has a negative health impact on the child. It doesn’t physically harm them, their organs, their bones, or their tissue. It comes down to vanity. Being as 1 in 5,000 – 10,000 children allegedly have “central precocious puberty,” it would seem that society would look upon this as “normal,” especially considering there are a lot of fairly short people in this world. Who really cares? They do, because they can monopolize on it, by suggesting it is a disorder. What happened next?

Immediately, scientists set out to find the genes to prevent this from happening. Miraculously, just two years later, in 1971, there was a discovery and synthesis of gonadotropin-releasing hormone (GnRH) by two research teams, Andrew Shally of the New Orleans Institute Laboratory, and Roger Guillemin from the Salk Institute in California. They devised analogs that led to a Nobel Prize in 1977. This is what is used for puberty blockers, under the guise of a “disorder,” so it could be used for transgender transitioning in the future.

Sound Crazy? This is How The Mayo Clinic Depicts “Central Precocious Puberty:”

Precocious puberty signs and symptoms include development of the following before age 8 in girls and before age 9 in boys.

When to see a doctor: Make an appointment with your child’s doctor for an evaluation if your child has any of the signs or symptoms of precocious puberty.

There is “central precocious puberty” and “peripheral precocious puberty.” The difference is, if it’s central, puberty starts too soon, but the majority of children have no medical problem and no identifiable reason for early puberty, whereas with peripheral, it is caused by estrogen or testosterone in the child’s body. Of course, they toss in extremely rare medical conditions that are separate issues that require treatment of their own, and could possibly be the culprit for why a child may be displaying signs of “precocious puberty.” They list horrifying, scary “rare causes” such as; a tumor in the brain or spinal cord, radiation to the brain, injury to the brain or spinal cord, exposure to external estrogen or testosterone, McCune-Albright syndrome, and ovarian cysts or tumors, which would make any parent want to rush their child to the hospital upon seeing an unusual growth of acne on their face, right?

Here is what they indicate to be the “complications” if a child has this “problem.”

• Short height. Children with precocious puberty may grow quickly at first and be tall, compared with their peers. But, because their bones mature more quickly than normal, they often stop growing earlier than usual. This can cause them to be shorter than average as adults. Early treatment of precocious puberty, especially when it occurs in very young children, can help them grow taller than they would without treatment.

• Social and emotional problems. Girls and boys who begin puberty long before their peers may be extremely self-conscious about the changes occurring in their bodies. This may affect self-esteem and increase the risk of depression or substance abuse.

So in short (no pun intended), all of this hoopla over CPP was to make parents feel that their children would feel inferior unless the parents stepped in and got treatment for this “problem.” ABSURD! Instead of letting the body take it’s natural course, they are suggesting that parents are incapable of raising their children with self-esteem, and this is because the health industry and agenda pushers have done everything they can to break down the family unit. They want you reliant on them. The health industry has long created labels for alleged problems and disorders to line their pockets, while shaming society into keeping quiet about their newly-found disorder that makes them a “broken” person and a “victim.” Instead of everyone simply accepting we are all different, with varying heights, color, and features, they have programmed society to feel inferior so they can come to the rescue with their “cures.”

How much do these potential future complications cost to diagnose? They would like to do a physical exam, hormone tests, blood samples, possible thyroid testing, an MRI, x-rays and ultrasounds. Once they assess that your child has CPP, they want to do a monthly injection into their muscle, using puberty blockers such as Lupron Depot-Ped (approved since 1993) or Trelstar (just approved in 2017) until your child reaches the normal age of puberty.

How much do these treatments cost? A lot! The monthly injections run over $1500 a month. Mind you, puberty blockers for CPP is often covered by insurance, only they are now being used on children for transitioning purposes, which may or may not be approved by insurance. If a parent prefers their child to get the Supprelin LA subcutaneous implant that is surgically placed under their skin, for a 12-month period, that could run them as much as $39,000 according to Drugs.com.

What are the side effects to these puberty blockers? Let’s look at Lupron Depot-Ped as an example, since they claim to be the number one prescribed treatment for CPP. In 2011, they  listed few side effects on their label, approved by the FDA.

In 2016, the FDA required changes to their warning labels.

Lupron wasn’t the only medication that was required to update their warning labels due to seizures and serious psychiatric adverse events. Supprelin and Synarel were also required to make these updates. In this 109-page approval package for Lupron Depot PED, they repeatedly state that the medicine is for children with “central precocious puberty.” The FDA and Department of Health and Human Services also state this. Nowhere in any of their documentation or FDA approvals does it state this medicine can be used in children to block their puberty for purposes of transitioning their gender. Even though “central precocious puberty” is a manufactured “disorder,” it still limits the use to those purposes. With the dangers these medications present, why isn’t the FDA stepping in? Better yet, why isn’t the Bureau of Consumer Protection under the FTC knocking down doors of these clinics, hospitals, and universities for false advertising and marketing, and clear misuse of these products? I’ve seen them knock down doors for a fraction of the manipulation game these folks are running. Yet, they are silent.