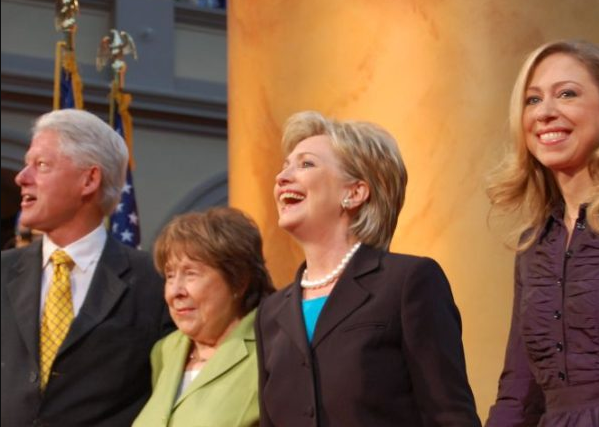 The saga of pedophile Jeffrey Epstein, who may or may not have committed suicide in his jail cell in August, goes on and on as cover stories and out-and-out lies continue to surface, mostly coming from the alternative media which clearly do not share the reticence of their mainstream competitors. The most recent revelation concerns ABC news, which had the goods on Epstein and his activities three years ago but refused to run the story, apparently due to pressure coming from some of those prominent individuals who were implicated in Epstein’s procuring of young girls for sex.

The tale of cowardice and cover-up goes something like this: ABC anchor Amy Robach did an interview in 2015 with Virginia Roberts Giuffre, one of Epstein’s victims. Giuffre revealed that she had been forced by Epstein and his procurer Ghislaine Maxwell to have sex with numerous men, including Prince Andrew, Britain’s Duke of York. She claimed that she had had sex with the prince three times while underage. She also apparently provided photos and other documentary evidence to back up her story. The piece was set to run on ABC News but the network’s editors and senior management intervened at the last minute to stop it.

That would have ended the tale but for the fact that Robach complained to a colleague about the killing of her interview, apparently shortly after the Epstein story became nationwide news earlier this year. She did so in front a live microphone and video camera, which recorded her as she vented. A clearly frustrated Robach said “I’ve had this story for three years. I’ve had this interview with Virginia [Giuffre]. We would not put it on the air. First of all, I was told, ‘who’s Jeffrey Epstein? No one knows who that is. This is a stupid story.’ Then the Palace found out that we had her whole allegations about Prince Andrew and threatened us a million different ways.”

That recording recently surfaced at alternative media site Project Veritas, apparently having been provided by a former ABC employee. Robach’s claim that her story had been suppressed due to pressure coming from Britain’s Royal Family was emphasized in the subsequent media coverage of the recording. For what it’s worth, Prince Andrew has denied having “any form of sexual contact or relationship” with Giuffre and ABC News has said that there is “zero truth” to the claim. Buckingham Palace has responded by avoiding a response, stating that “this is a matter for ABC.”

Now it is true that the allegations about Prince Andrew would have been a huge embarrassment for Buckingham Palace, but the prince has not long been referred to in the British media as “randy Andy” for nothing, so the damage was certainly containable. And it is also apparently true that ABC News President James Goldston has something of a close relationship with Britain’s Royal Family, but somehow the story is not completely credible.

One should pay attention to the fact that Robach also said that her interview with Giuffre had included allegations regarding former US President Bill Clinton and litigious Harvard Law Professor Alan Dershowitz. She said “I tried for three years to get it out to no avail, and now these new revelations and — I freaking had all of it. I’m so pissed right now. Like, every day I get more and more pissed, ’cause I’m just like, ‘Oh my God! It was — what we had, was unreal.’ ”

Now consider this: Robach might well believe that her story was scrubbed because of the British Royal Family, which is quite possibly what she was told by her bosses, but unless she was on the phone with a talkative butler at Buckingham Palace, how could she possibly know that that was true? The Brits are hardly so esteemed in the United States that any editor would pull a sensational story because it might be considered offensive to a Royal. If one thinks about it, it is far more likely that the story was deep sixed due to the involvement of someone dear to the hearts of every Democratic Party leaning media editor in New York City, and that would be Bill Clinton, who flew on Epstein’s Lolita Express 26 times. If there is one thing that is for sure it is that even if the House of Windsor is capable of getting back at you a million ways, you could multiply that number by ten in reckoning how lethal crossing the Clintons can be.

And there was also pressure from Dershowitz, one of Epstein’s legal advisers, who contacted ABC News in 2015 before the interview was set to be broadcast. He pressured the network to cancel the program and was able to speak to several producers and an attorney in a series of calls.

And sure enough, the cover up of the cover up started immediately after the video surfaced. Robach explained that she had been “…caught in a private moment of frustration” when the Epstein story hit the mainstream media during the summer. And she even went so far as to scold herself with what must be the line of defense being pursued by ABC Corporate’s lawyers, saying that she had been “upset that an important interview I had conducted with Virginia Roberts didn’t air because we could not obtain sufficient corroborating evidence. My comments about Prince Andrew and her allegation that she had seen Bill Clinton on Epstein’s private island were in reference to what Virginia Roberts said in that interview in 2015. I was referencing her allegation – not what ABC News had verified through our reporting. The interview itself, while I was disappointed it didn’t air, didn’t meet our standards. In the years since no one ever told me or the team to stop reporting on Jeffrey Epstein, and we have continued to aggressively pursue this important story.”

To the casual observer, Robach’s venting and her subsequent apologia sound like two different people talking and only one might be telling the truth. The reality in the national media is that some stories are just too hot to touch for political reasons, which explains why the three Clintons continue to get a pass on their own behavior and are even given platforms in the press to spew nonsense like Hillary’s recent demented attack on Tulsi Gabbard.

How Democrats Are Deceived