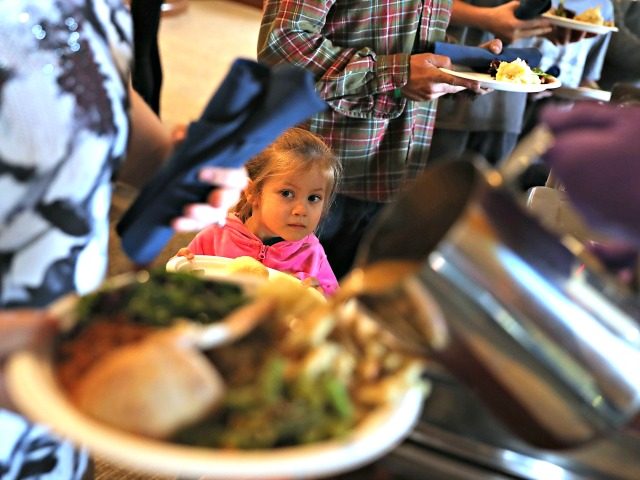 Before you sit down for your Thanksgiving feast or unwrap this year’s gifts tucked under the Christmas tree, environmentalists want you to know that your holiday traditions are contributing to climate change and hurting the planet.

Media reports on this bad news are popping up everywhere online as Turkey Day arrives, including on the Earth Day Network website under the holiday-themed headline: “Don’t let consumerism consume your holiday” and the subhead “It’s (not) a wonderful life:”

One study published in the Journal of Industrial Ecology showed that individual household consumption — not businesses, government or industries — accounts for more than 60 percent of global greenhouse gas emissions and 50 percent–80 percent of total land, material and water use.

The problem, researchers from the Norwegian University of Science and Technology reported, lies mostly in the carbon-emitting ways we produce and transport all the stuff (including food) we buy. And when we consider all the new stuff we’re going to buy (and all the additional food we’re going to eat) this holiday, that carbon footprint is only going to grow.

The article directs readers to change behavior to save the planet, including ending online shopping.

“Sure, it’s convenient, but all the packaging and transportation that goes into delivering that gift (next day!) to your doorstep leaves a way bigger carbon footprint than just going to the store yourself.”

But if you have to travel, make it a short trip and use public transportation or car pooling. The article admonishes:

The bottom line is this: We’re in a climate emergency, and emergencies don’t align with business-as-usual habits. In fact, business as usual will throw us deeper into a climate catastrophe.

And don’t forget the Thanksgiving and Christmas feasts, what the Earth Day Network has dubbed a “carbon foodprint,” should be considered – ideally “transitioning to a plant-rich diet.”

According to research done by Carnegie Mellon University, the carbon footprint of a 16-pound turkey creates a total of 34.2 pounds of CO2 — the same amount produced by turkey gravy, cranberry sauce, roasted Brussels sprouts, mashed potatoes, rolled biscuits and apple pie combined. But Paul Fischbeck, who worked on the study and a professor in Carnegie Mellon’s department of Social and Decision Sciences, noted that turkey is better than other meat, such as beef: “Turkeys themselves are pretty efficient in getting them grown.”

Want to get into the nitty gritty? On the hierarchy of vegetables, asparagus and celery produce the highest quantity of CO2 per pound, with 7.33 and 7.09 respectively. They’re still much better for the planet than the turkey, but squash and pumpkin only create 0.10 and 0.11 pounds of CO2 per pound, respectively. So instead of more turkey, help yourself to an extra slice of pumpkin pie or an additional serving of squash soup.

And forget more exotic culinary fare like artisanal cheeses or out-of-season fruits from distant places “can also be a major culprit of excess CO2 emissions” because of the pollution of transporting those foods.

But people are an even bigger problem at Thanksgiving, according to Huffington Post:

The biggest carbon impact is caused by people, not food, traveling extensive distances. Researchers at Carnegie Mellon determined that four people flying a 600-mile trip produces 10 times the emissions of the Thanksgiving meal. Driving is less detrimental, but American cars emit close to a pound of CO2 per mile driven. Orchi Banerjee, a recent graduate of the department of Social and Decision Sciences at Carnegie Mellon, said, “It may help the environment if [your guests] stayed home and cooked their own meal.”

Mask Meltdowns Show How Crazed The Media Has Made Americans – From Screeching About People Not Wearing Masks To Arresting Those That Refuse, The...