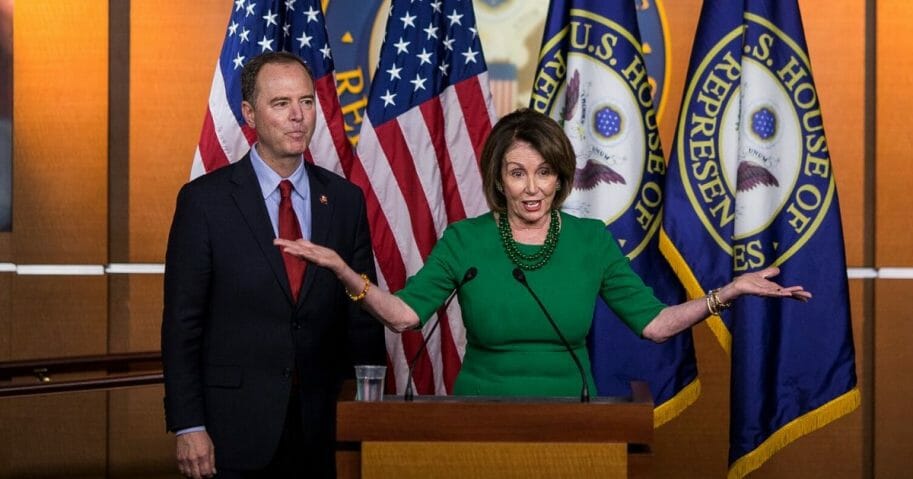 It has been asserted by some, perhaps jokingly, that House Democrats have long intended to file articles of impeachment against President Donald Trump and have simply been waiting to find a specific crime with which they can fill in the blanks of a pre-drafted resolution.

As it turns out, such assertions may not have actually been a joke after all, as it has now been revealed that the latest impeachment accusation buzzword that Democrats and the media have repeated ad nauseam in recent days — “bribery” — only came about as the result of focus-group testing conducted by a major Democratic organization in recent weeks.

That revelation was buried toward the end of a lengthy article by The Washington Post about the latest impeachment news published on Thursday.

With “bribery” mentioned in the headline and a note that the word was the “most aggressive language yet” from Democratic House Speaker Nancy Pelosi, The Post made it clear that this particular word would replace the Latin “quid pro quo” term that has been bandied about over the past two months.

“Among the questions put to participants was whether ‘quid pro quo,’ ‘extortion’ or ‘bribery’ was a more compelling description of Trump’s conduct.”

Two anonymous sources said to be “familiar” with the focus group results said that “bribery” had been chosen from the selection of terms because the focus group participants found it to be the “most damning” of them all.

The first Democrat to introduce the new buzzword was apparently Rep. Jim Himes of Connecticut, who sits on the House Intelligence Committee that is heading up the impeachment inquiry charade. In a Sunday appearance on NBC’s “Meet the Press,” Himes said that “it’s probably best not to use Latin words” to describe the alleged “abuse of power” perpetrated by President Trump, and suggested that “bribery” was a more fitting descriptive word.

“Abuse of power is not necessarily a concept that most Americans run around thinking about,” Himes told reporters on Thursday, according to The Post. “In this case, the abuse of power was some combination of bribery and extortion.”

That talking point was echoed by Pelosi on Thursday during her weekly news conference when she said that “quid pro quo” and “bribery” mean the same thing.

Pelosi told reporters that a term like bribery would be easier for the average American to understand.

“Talking Latin around here: E Pluribus Unum — from many, one. Quid pro quo — bribery. And that is in the Constitution, attached to the impeachment proceedings,” she said.

It is true that “bribery” is listed as one of the few impeachable offenses listed in Article II of the Constitution. But simply repeating a particular word over and over again — after carefully focus-group testing it — doesn’t prove that it happened.

Pelosi also used the term in reference to Wednesday’s testimony from diplomats Bill Taylor and George Kent — neither of whom had firsthand knowledge of the events they testified about.

RELATED: Only Thing Better Than Look on Schiff’s Face Is Stefanik Reading His Comments Back to Him

“The devastating testimony corroborated evidence of bribery uncovered in the inquiry and that the president abused power and violated his oath by threatening to withhold military aid and a White House meeting in exchange for an investigation into his political rival,” she said.

Again, excessively repeating the favored new phrase in place of an outdated one doesn’t necessarily mean it is true, as Republican Rep. Brad Wenstrup of Ohio seemed to imply when he told The Post that “[Democrats are] trying a different narrative to see if that works.”

“‘Quid pro quo’ was squashed. If it wasn’t, they would still be saying it, right? And, so, now they’ll try a different term.”