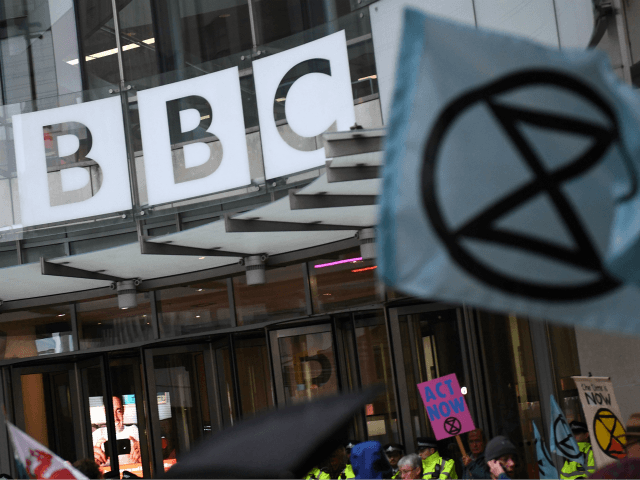 This month marks the tenth anniversary of Climategate — the biggest scandal in the brief, ignominious history of “climate science”. So naturally, the left-wing media has commemorated the occasion with a series of articles and a documentary which could all have been titled: ‘Move along, nothing to see here.’

The most egregious offender was a BBC4 documentary, Climategate: Science of a Scandal.

This examined the evidence with about the same diligence and objectivity of Stalin’s formal investigations into the massacre of Polish officers by his NKVD at Katyn in 1940 and reached much the same conclusion: the perpetrators were completely innocent.

Not only were they innocent but, furthermore, they were heroic, wronged, and martyrly.

It began with Michael ‘Hockey Stick’ Mann describing his shock and upset on being sent a package of mysterious white powder in the post and went downhill from there.

The take-home points of this shoddy, dishonest propaganda exercise were:

The Climate Industrial Complex, as we know, operates like a giant tag team. Which is why a compliant media was ready and waiting to give this complacent piece of tosh the favourable attention it didn’t deserve.

Here is Guardian reviewer Lucy Mangan. (I love Lucy: she is my touchstone of wrong. If ever she writes favourably about something — be it the wokefest travesty that is the BBC’s His Dark Materials, or the PC atrocity that is Watchmen — you just know it’s going to suck, big time.)

Is it pure arrogance that makes laypeople think they know better than scientists who have spent their lives painstakingly researching an issue? Or a desperate insecurity that makes them unable to stand the respect accorded to experts?

Yes, Lucy. Amateur psychoanalysis of your ideological enemies is so much easier than doing basic journalism, like, say, asking: “Do the claims in this TV documentary stand up?”

Unsurprisingly, Lucy can’t even get her basic facts right.

She dismisses Steve McIntyre, probably the most rigorous and scrupulous investigator of climate science shenanigans, as “Steve McIntyre, who worked in the fossil fuel industry.”

Not quite, but I can understand why young Lucy made this mistake. The documentary heavy-hinted that this was the case by captioning him — in order, of course, to slyly to discredit his testimony — “former minerals exploration executive”.

Here’s a bit more Lucy, just because I think it’s quite helpful to see how the left are busily spinning Climategate:

It is a story we are now depressingly familiar with, and it induces the same incredulous rage. Beyond the trolls, who have their own revolting pathology, who are these people who feel justified to try to undo a life’s work? Who feel able to set themselves up in judgment? What have they added to the sum of human knowledge?

Yeah — denying deniers with their wicked denialism! How dare they criticise such giants of intellect and integrity as Michael Mann and Phil Jones!

Meanwhile, the Evening Standard — a London freesheet read mainly as a last resort by desperate commuters when their mobile phones have run out of juice — went one further, by attempting to discredit one of the true heroes of the Climategate story, the guy who actually broke it in the mainstream media.

The mainstream media ran with the story just ahead of the UN conference on climate change in Copenhagen that December. James Delingpole published a piece in the Daily Telegraph, headed “Climategate: the final nail in the coffin of ‘Anthropogenic Global Warming’?” —  “climategate” being a  term he had picked up from an Australian blogger.

Delingpole was crowing about this “scoop of a lifetime” again this week, as “the first solid proof that the scientific establishment wasn’t being altogether honest about man-made global warming”. Except it wasn’t.

Hmm. I like the sound of that Delingpole guy. So much so that I’m going to tell you more about his side of the story in a Climategate special article tomorrow.

Finally, the Financial Times — a rampantly Europhile rag, highly favourable to the crony capitalism which gorges, leech-like, on the Potemkin industry of greenery. So, naturally enough, it too had kind words to say about the BBC’s Climategate whitewash.

Measured, circumspect, cautious, these were unlikely men to be at the heart of a global storm of controversy and invective. Although in a sense, global storms were their métier. 10 years ago, the scientists of the Climatic Research Unit (CRU) at the University of East Anglia were accused of withholding and manipulating data after more than a thousand emails were hacked in a malicious attempt to deny their findings on climate change. Police investigating the breach classed it as a Category A crime, as serious as terrorism: the perpetrator was attempting to sway the decisions of nations on an issue of global concern.

The hacker was never caught, but this documentary rounds up other key players to lay out the instructive tale of “Climategate”. It did indeed derail the 15th UN conference on climate change in Copenhagen, convening just a fortnight after the leak. Even more significantly, it sowed doubt in the minds of the public about the reality of global warming. And it all began with a simple, elegant image.

Actually, that claim about Climategate derailing the UN’s Copenhagen conference isn’t true: it’s a misleading claim made by the documentary in order to muddy the waters. In fact, Copenhagen fell to pieces because the Western nations (led by then U.S. President Obama) could not find an accommodation — and vice versa — with the emerging BRIC nations. Correlation is not causation; anyway, it ought to be obvious that all the delegates at a UN climate conference are fully on board with the environmentalist programme. It’s hardly as though the release of a few emails, however discrediting of the alarmist cause, were ever going to derail the climate gravy train or deter those travelling on it.

At the beginning I mentioned Stalin. I’m going to end with him too by recalling this habit he had of airbrushing inconvenient people and events out of history.

Fauci Under Fire! What You Won’t See On The Idiot Box Or Trending On Twitter!