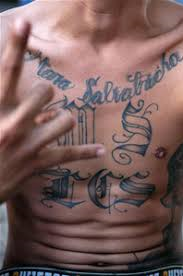 “My people perish for a lack of knowledge.” But take heart, all is in the process of being revealed and the news is not good.

America is the subject of a George Soros inspired takeover which is well underway.

The Relevant Background of Fast and Furious

The bulk of infiltration of America by subversive forces, headed by the cartels, and backed by Communist China, really gained their foothold under the Obama administration

Back in the early days of the Obama administration, I documented how Obama’s former Attorney General had been involved in an operation known as “Fast and Furious” What was known to the public is that Border Patrol agent, Brian Terry, was murdered as a result of Holder’s criminal actions. Holder authorized the shipment of guns to the cartels in Mexico and he used Arizona gun dealers to perpetuate this crime against the American people as these actions were designed to promote border chaos.

In many cases Fast and Furious was an attempt by the Obama administration to negate the growing power of Communist China in regard to their control over the cartels. If this was as far as this operation would have extended, one could argue that Holder’s illegal actions would be a misguided attempt to defend American national security interests. However, the real reason behind the action was to choose winners and losers in the cartel wars by arming them. And of course, we now know that many prominent Democrats directly benefit from the drug business in Mexico. Who is responsible? The list is long and carry’s many household political names (eg Pelosi, Feinstein, etc).

As this activity unfolded, it became clear that the cartels have been exported to America. The cartels leaders are not just child-sex-traffickers and drug dealers. They are being trained in insurrection techniques accomplished by intimidation, murder and infiltration. The fruits of past and furious has come to American communities. As this article will detail, Del Rio, Texas is one of the prime destination points and what has happened to that community is destined to happen to most of our cities and towns.

Today, Eric Holder is the spokesperson for the Calexit movement which is the unconstitutional plan to remove California from the USA and the net effect would be to cause a food shortage, food inflation and collapse the retail industry which would have a catastrophic effects on the overall US economy.

Prior to Fast and Furious, I also covered how the cartels criminalized Del Rio, Texas. Guns from planes would leave Del Rio and they would return with trafficked children for distribution in the United States. The CSS has learned, and it is not surprising that this was an Epstein operation.

That Was Then, This Is Now

Earlier in the year, I reported, via a federal law enforcement agent, that Del Rio, Texas had been the site of some very disturbing incursions from foreign powers which has penetrated national security and has impacted local law enforcement. Further, these events serve to perpetuate a model of civil unrest that does not represent the usual and customary pattern related to an angry citizenry.

In the previous story, it was reported that cartel members dressed as Border Patrol and DHS went to the homes of real Border Patrol agents and physically abused the agents and their families. The US government immediately placed a gag order on any discussion of these events, which took place within a few days.

In that time frame, it was previously reported on the CSS, that over 2,000 illegal immigrants were deposited in Del Rio, Texas, without food, water or money. Eventually, these migrants assimilated into the community. However, with their assimilation came organized crime classically associated with the cartels.  The problem is so bad that a senior law enforcement agent and a member of the DEA told me that all federal agents have been advised to avoid restaurants and filling up their gas tanks in Del Rio, because it is not. Here we have the intimidation of an entire community. By the way, this is not uncommon practice. California is replete with this takeover plan for communities such as LA, San Francisco and Sacramento are well known for these cartel incursions and subversive takeovers of local communities. It is not just the large urban centers. Lesser known communities such as Humboldt County, CA., and the surrounding areas are well known for their cartel activities and their subsequent paralyzed inducing impact these organizations have on local government.

The infiltration is not just confined to law enforcement and judicial intimidation. Earlier this year, I wrote an article based upon an article written by the US Forest Service. They complained that cartel influence involved the protection of their drug growing operations in Humboldt County. The protect their piping needed for irrigation of their drug fields the cartels were poisoning the pipes. This poisonous residue, according to the US Forest Service, was running downhill and contaminating water supplies and impacting the entire environment. After several months, there has not been one follow-up on this story. Somebody killed this story and what is disturbing about this event is that involves the intimidation and control of an entire federal agency by the cartels. And who controls the cartels? As has been documented many times on the CSS, the Communist Chinese control these cartels.