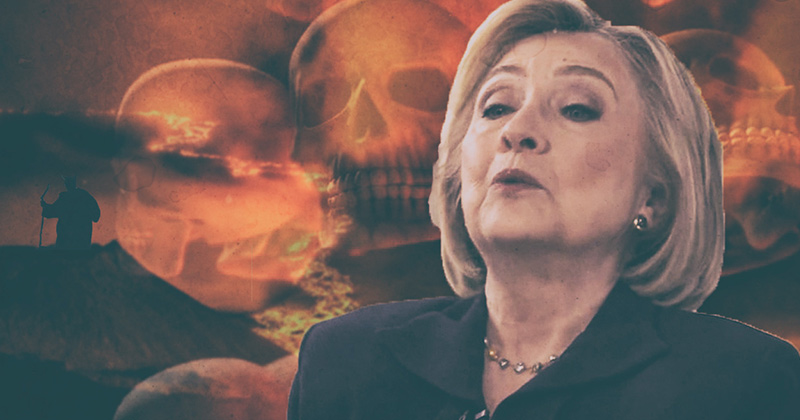 Hillary Clinton’s name is pure poison and no one in their right mind wants anything to do with her.

This is evidenced nowhere more in the fact that the Clinton Foundation has gone from turning over a revenue of almost $400 million in 2013, to actually LOSING almost $33 million since Donald Trump wiped the floor with Hillary in 2016.

Newly released tax records show that the foundation reported a loss of almost $17 million in 2018, to add to the net loss of $16.1 million the previous year in 2017.

Total revenue reported for 2018 was just $30.7 million, less than a tenth of what was being pulled in While Hillary was Secretary of State.

Only $24.2 million was posted in grants and contributions, which constitutes a record low for the “charity.” Expenses amounted to $47.5 million, hence a loss of $16.8 million.

In total, during the eight years of Obama’s presidency, the Clinton Foundation reported total revenue of more than $1.1 billion

Then Hillary coughed and collapsed her way to the election, and America was ‘made great again’,

We learned about hammers and hard drives, and a many of the Clintons’ donors realised that the optics of giving money to a ‘crooked’ family are not good.

I think that Crooked Hillary Clinton should enter the race to try and steal it away from Uber Left Elizabeth Warren. Only one condition. The Crooked one must explain all of her high crimes and misdemeanors including how & why she deleted 33,000 Emails AFTER getting “C” Subpoena!