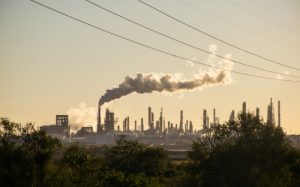 Comparing the raw data that was adjusted in Australia, what has emerged is part of the worldwide conspiracy to reduce population. The original data at 60 of the oldest sites across Australia illustrates that the number of very hot days (40 degree c/104 F) is no different today than it was about 100 years ago. These people are determined to use climate to create hysteria in order to reduce population. What’s next? Castrate men for minor crimes and sew up women for parking violations or speed traps?

These climate extremists managed to get China to claim it would stop building coal-fired electrical plants, as they announced that they would cancel more than 100 coal power projects intended in the future. China has been the world’s largest greenhouse gas emitter. However, in the Shandong Province coastline, the once-suspended coal power projects have been revived. All the climate hysteria seems to be accomplishing is the fall of Western society. They have spread their propaganda to Europe, Australia, New Zealand, and North America. They have even told girls not to have children for they will have no future. It is curious that our model shows the shift in the financial capital of the world from the USA to China, but after 2032. This climate hysteria is probably part of this shift.

This climate hysteria is not being taken seriously outside Europe, Australia, New Zealand, and North America. Other nations see it as a plot to prevent them from joining the modern world where this technology they hate so much has increased the life expectancy and led to our more comfortable living conditions.