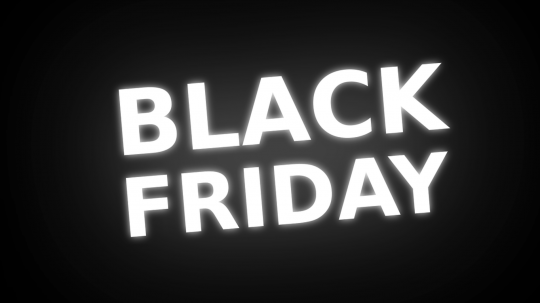 The biggest shopping day of the year is almost here, and marketers are working hard trying to extract as much money from U.S. consumers as possible.  Unfortunately, it is becoming increasingly difficult to get consumers to open up their wallets, because many of them are already drowning in debt.  As a society, we have been trained to think of this as “the happiest time of the year”, and for many Americans the most important part of the holiday season is opening presents on Christmas morning.  So there is a tremendous amount of pressure to spend a lot of money on presents, but this often leads to high levels of credit card debt.  In fact, a survey that was just released discovered that 48 million Americans “are still paying off credit card debt from last holiday season”…

Overspending, however, is too easy. In fact, about 48 million Americans are still paying off credit card debt from last holiday season, according to a NerdWallet survey conducted by The Harris Poll.

Sadly, some of those consumers will end up paying the credit card companies more than twice what those Christmas presents originally cost, and it can be exceedingly difficult to ever get ahead when you are trapped in a seemingly endless cycle of debt.

So why do people do it?

Well, according to one financial therapist many Americans are chasing an “emotional experience” this time of the year…

Gift-buying requires money, time and energy when you may already feel overwhelmed, says Los Angeles-based financial therapist Amanda Clayman. During the holidays, “we’re chasing a sort of emotional experience,” she says. Think: the love and happiness of a Hallmark movie.

But feelings of grief or longing may be more realistic. “This is a sad and lonely time for many people,” says Sarah Newcomb, behavioral economist for Morningstar. Shopping (for anything or everything) can be a convenient coping mechanism.

In the end, many Americans leave the holiday season feeling deeply disappointed, because what they were chasing was just an illusion.

Yes, some wealthy families will literally have hundreds of presents under their Christmas trees this holiday season, but most American families are deeply struggling these days.

In fact, over two million of us are actually living without basic necessities such as “running water or indoor plumbing”.  The following comes from Daisy Luther…

A new report says that more than 2 million Americans in West Virginia, Alabama, Texas and the Navajo Nation Reservation in the Southwest are living without clean running water or indoor plumbing. They’re drinking from polluted streams. They’re carrying buckets of the same water home for washing. They’re urinating and defecating outside with no wastewater treatment.

That is a recipe for societal disaster, and it is getting worse with each passing year.

A big reason for this is because the Federal Reserve has been artificially pumping up the financial markets, and on Monday stocks hit yet another all-time high…

Earnings in the S&P 500 index SPX, +0.75%  are now projected to decline 1.51% in the fourth quarter from the year before, according to a FactSet computation of analysts’ average forecasts for individual companies. An earnings recession is defined as two quarters or more of consecutive year-over-year declines, and earnings for S&P 500 components dipped in the first two quarters of 2019 and are all but certain to do so again in the third quarter — with nearly 95% of calendar third-quarter reports posted, earnings have dropped 2.34%, the biggest decline so far this year.

And about 75 percent of the time, an earnings recession leads into a full-blown recession for the economy as a whole…

Three-fourths (75%) of earnings recessions since World War II have morphed into economic recessions, said CFRA Chief Investment Strategist Sam Stovall, who told Market Watch that he has been “scratching his head” trying to reconcile analyst pessimism around earnings with continued stock-market rallies.

So the truth is that those that are celebrating what the stock market is doing are not likely to be celebrating for too much longer.

And every day we continue to get more bad news from the real economy.  For example, we just learned that the largest maker of truck engines in the United States will be laying off about 2,000 workers…

Those market trends are now impacting Cummins, a Columbus, Ind., manufacturer of heavy equipment. It’s the largest manufacturer of Class 8 truck engines, claiming a 38.3% market share in 2018 over competitors like Daimler and Volvo/Mack.

Cummins spokesperson Jon Mills confirmed to Business Insider that the company, which employs some 62,610 globally, will reduce its global workforce by about 2,000. Those layoffs will be complete by the first quarter of 2020, he said.

As a “perfect storm” overtakes America, many believe that this will be the last “normal” holiday season that Americans will be able to enjoy.