from Watts Up With That:

“The further society drifts from truth, the more it will hate those who speak it.”

Did you catch the usual gullible mainstream media (MSM) “news” outlets pushing the recent climate alarmism, coming from 11,000 so-called and supposedly knowledgeable scientists? Naturally, these platforms were particularly keen to propel the propaganda, with their usual blusterous fanfare of hot air and evocative imagery masquerading as journalism. ‘Climate Crisis’ and ‘Climate Emergency’ being the alarmist phrases. For example, our very own biased, £5 Billion organisation of left-wing agitprop BBC ran the unequivocal headline,“Climate change: ‘Clear and unequivocal’ emergency, say scientists”. Notice also the emotive imagery to nicely round off their ‘fake news’:

Reading the ‘Most Popular’ comments on the BBC article also highlights the climate change GroupThink perfectly, with the actively-uninformed already regurgitating nonsense about ‘Donald Trump’ along with usual rabid socialist slurs of ‘Climate Change DENIER’ and ‘Flat-Earthers’. One KoolAid-sipping commenter even dares a suspicious reader to look at the list of signatories; knowing full well most people won’t bother scrutinising the latest sermon from the quasi-religious, climate change death cultists I blogged about last month! Well I have, and ‘Steve’ will soon be feeling very stupid…

We live in worrying times! THE END IS NIGH!!  Well, that is until you look beyond the headlines with the most minimal of effort. For example, here is a typical example of who qualifies these days as a ‘scientist’ these days in the thoroughly-discredited field of Climate Change:

Professor Micky Mouse, from the Micky Mouse Institute for the Blind, Namibia.

Yes, that is true, I shit you not. A screengrab of the relevant page of Version 1 of the public list of signatories is shown below, before they corrected it through embarrassment.

Should you want to read the original article (sick buckets at the ready!), the original “research” is located here. Naturally the alarmist MSM won’t link to it directly, as they don’t want you to scrutinise for yourself and highlight their abject failure of journalism. I attach their original published list of signatories to this page for your convenience/scrutiny.

Notably, it is in the ‘Viewpoint’ section of their chosen journal, BioScience. This is defined by the journal themselves as a non peer-reviewed opinion piece, i.e. not actual new or published scientific research. Here’s their first paragraph, fully laden with unscientific and baseless assertions, as a taster of the subsequent alarmist disinformation:

“Scientists have a moral obligation to clearly warn humanity of any catastrophic threat and to “tell it like it is.” On the basis of this obligation and the graphical indicators presented below, we declare, with more than 11,000 scientist signatories from around the world, clearly and unequivocally that planet Earth is facing a climate emergency.”

So, Did ‘11,000 Scientists’ Actually Declare A Climate Emergency?

“The very concept of objective truth is fading out of the world. Lies will pass into history.”

That is of course, unless you live in a make-believe world where ‘Micky Mouse’ is a scientist, like the activists pushing their climate-alarmism opinion piece did! Lolz! Not the first time I’ve personally discovered and analysed the outright lies of the climate change propaganda machine, such as with the ‘97% Consensus’ myth.

Although this addition of fictional and cartoon characters generated a lot of ridicule of the authors, again showing up the lax quality control and so-called ‘peer review’ in the politicised field of ‘Climate Science’, the Micky Mouse was just the tip of the incredible iceberg.

I was inquisitive (and boring!) enough to go and read the original publication and download their list. I suspected foul play, mindful of it being the 10-year anniversary of ‘ClimateGate’ which exposed the careful deception behind-the-scenes of the climate research machine.

The list of signatories is published in a torrid PDF format that makes replication and reanalysis of their results very difficult; an ironically typical trick of climate “science”! Here’s the original file, try and put THAT into Excel (any ideas welcome). I found when trying to copy the table, it put all data, page by page, into just one column. So I sampled all individuals on the first 14 pages of the signatory list. This sample included 469 of the 11,258 named signatories, so is well above that needed to be representative of all signatories (link to check for yourself) at the 95% confidence interval and accurate to within a 5% margin of error. 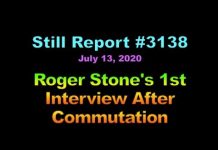