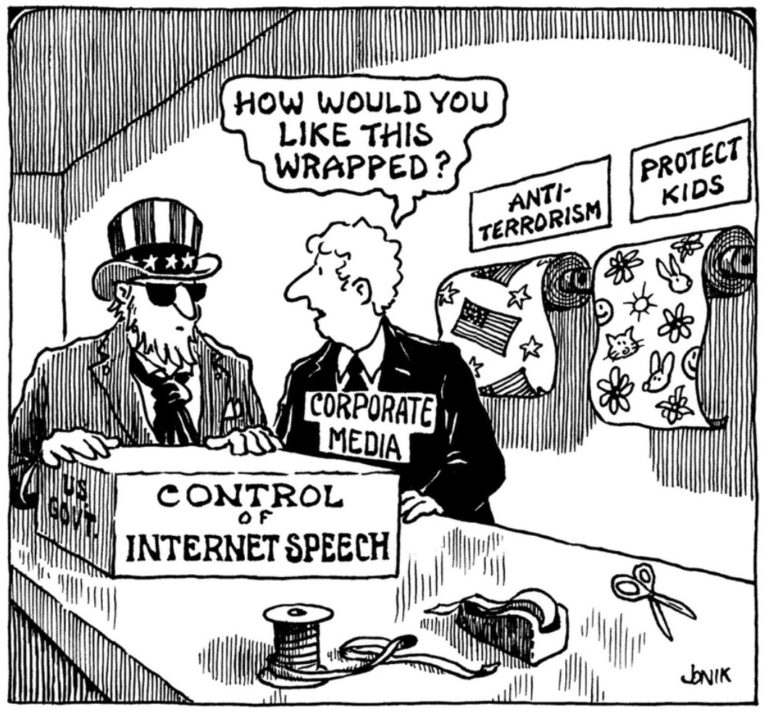 U.S. Attorney General William Barr, along with co-conspirators in the UK and Australia, recently wrote a letter to Mark Zuckerberg requesting he not move forward with a plan to implement end-to-end encryption across Facebook’s messaging services. A draft of the letter was published earlier this month by Buzzfeed, and it’s worth examining in some detail.

What immediately strikes you is the letter’s emphasis on “protecting the children,” a talking point universally used by authoritarians throughout history to justify both a reduction of public liberty and a transfer of increased power to the state. Though this tactic is transparent and well understood by those paying attention, it’s nevertheless disturbing to observe Barr’s disingenuous and shameless use of it (the words ‘child’ and ‘children’ appear 17 times in the course of this brief letter).

Here’s just one example from the letter:

Companies should not deliberately design their systems to preclude any form of access to content, even for preventing or investigating the most serious crimes. This puts our citizens and societies at risk by severely eroding a company’s ability to detect and respond to illegal content and activity, such as child sexual exploitation and abuse, terrorism, and foreign adversaries’ attempts to undermine democratic values and institutions, preventing the prosecution of offenders and safeguarding of victims. It also impedes law enforcement’s ability to investigate these and other serious crimes. Risks to public safety from Facebook’s proposals are exacerbated in the context of a single platform that would combine inaccessible messaging services with open profiles, providing unique routes for prospective offenders to identify and groom our children. 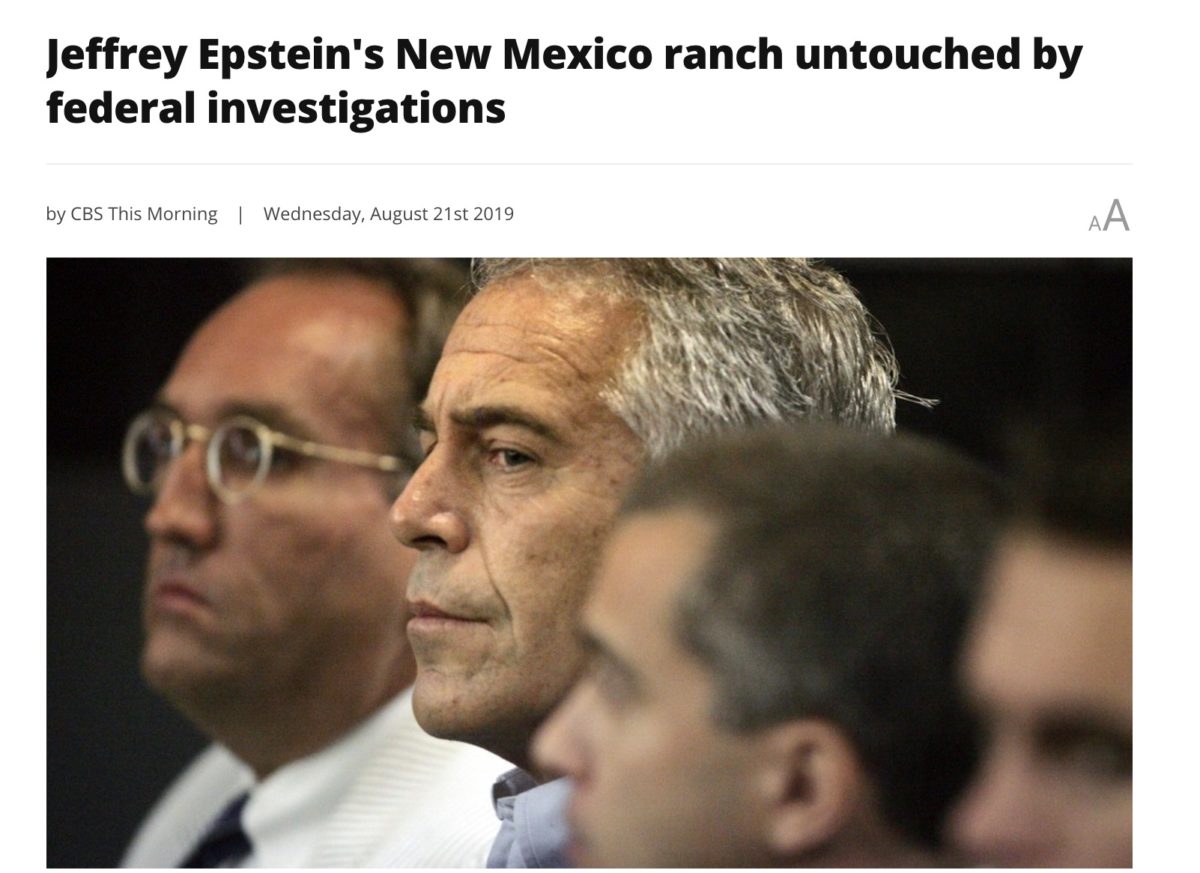 Allegations of sex abuse against Epstein in New Mexico date back to the mid-1990s. An affidavit filed in April alleges Epstein and his supposed ex-girlfriend Ghislaine Maxwell told a 15-year-old girl to “take off all of her clothes” and then “touched her inappropriately” on a massage table at the ranch in 1996.

In a lawsuit filed Tuesday morning, an accuser claims Epstein coerced the girl to engage in sex acts at Zorro Ranch between 2007 and 2010.

How stupid do they think we are?

Moreover, there are several reasons aside from the clearly corrupt and dishonest handling of the Jeffrey Epstein case that should lead to distrust in William Barr. Despite all the empty talk of Trump “draining the swamp,” there are few individuals alive today more swampy than Attorney General Barr.

"Bulldog"? William Barr joined the CIA right after college. He was also the AG under Bush 1, who was previously the head of the CIA. His father, Donald Barr was in the OSS (precursor to the CIA). Barr is consummate swamp thing and the last person on earth who will provide justice https://t.co/zKODorL2bu

Naturally, there’s more. Here’s some of what the man was up to while Attorney General under the first Bush.

The Justice Department under Attorney General William Barr launched a vast surveillance program that gathered records of innocent Americans’ international phone calls without first conducting a review of whether it was legal, the department’s inspector general concluded Thursday.

It happened in 1992, the last time Barr served as attorney general.

The secret program, run by the Drug Enforcement Administration, ultimately gathered billions of records of nearly all phone calls from the United States to 116 countries, with little oversight from Congress or the courts, a USA TODAY investigation found. It provided a blueprint for far broader phone-data surveillance the government launched after the terrorist attacks of Sept. 11, 2001.

It appears the entire unconstitutional mass surveillance apparatus we have today was actually birthed via secret actions taken by Barr nearly three decades ago, and he’s now come back to finish the job. This man has a long and well-documented track record of despising liberty and human privacy.