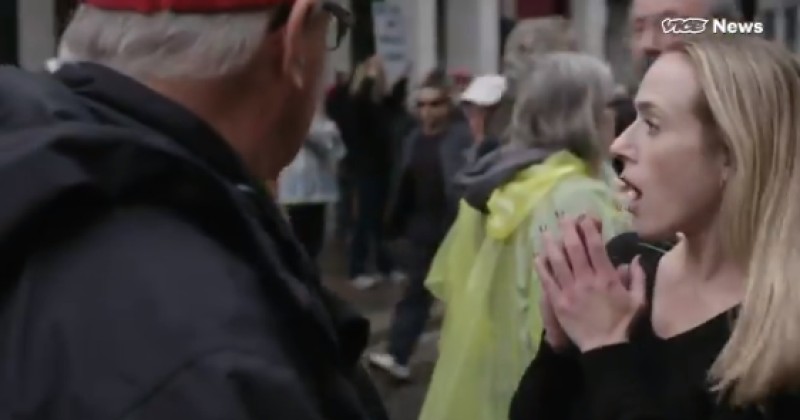 A video clip shows a protester spitting in the face of a Trump supporter wearing a MAGA hat during a VICE interview.

Footage shows the elderly man talking listening calmly to the interviewer’s question before he is spat at.

One of the protesters apologizes to the man, but then another one confronts him and basically argues that he deserved it because of his hat, remarking, “That shit is disrespectful.”

Elizabeth Landers, the woman who was conducting the interview, commented on the incident via Twitter.

“I interview a lot of the President’s supporters at rallies & have never seen this before. (My reaction gives that away quickly),” she said.

Meanwhile, the volume of material for Trump’s 2020 campaign videos grows by the day.