Sen. Ed Markey, D-Mass., brought up several issues with facial recognition technologies and warned against moving forward without sufficient protections for data being collected, during a hearing held by the Senate Committee on Commerce, Science and Transportation’s Subcommittee on Security on the use of biometric tech, Nextgov reported.

“As we work to keep pace with emerging threats to aviation travel, civil liberties cannot be an afterthought,” Markey said. “The public lacks enforceable rights and rules to protect travelers’ privacy and address unique threats that TSA’s biometric data collection poses to our civil liberties.”

“Do you agree that any collection of Americans’ biometric information at airports should always be voluntary?” Markey asked.

“Yes, I do,” McLaughlin replied.

“Do you agree that TSA should enact enforceable rules and take all necessary steps to ensure that biometric data it collects is secure?”

“Do you agree that TSA should enact binding safeguards to ensure that its use of biometric technology does not disproportionately burden or misidentify people of color?”

“I agree with you. I agree with all of your answers,” Markey said. “We’re, however, quickly moving toward a point of no return when it comes to the deployment of facial recognition technology.”

Markey called on TSA to halt deployment of facial recognition technology given these lack of protections to Americans’ civil  liberties, problems with misidentification and accuracy which has failed numerous tests from local police to federal law enforcement.

“TSA should stop using these invasive tools in the absence of formal rules that reflect our values and protect our privacies,” he said. “I call upon the agency to formalize these rules. It’s absolutely essential. We should not be moving forward until we’ve decided what those protections are going to be.”

Some of the biggest airports in the U.S. — estimated at 16 airports across the nation — are now scanning us as we board international flights. CBP (Customs And Border Protection) expects to scale up the program to cover more than 97 percent of passengers flying outside of the U.S. by 2021 according to Nextgov.

It’s all a part of U.S. President Donald Trump’s “Biometric Exit” agenda, which was originally signed into law under the Obama administration, BuzzFeed News reported.

In 2017, Homeland Security clarified their position on domestic spying stating that Americans who don’t want their faces scanned leaving the country “shouldn’t travel.”

Italy To Put up All Government Buildings as Collateral for Loans? 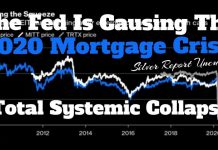