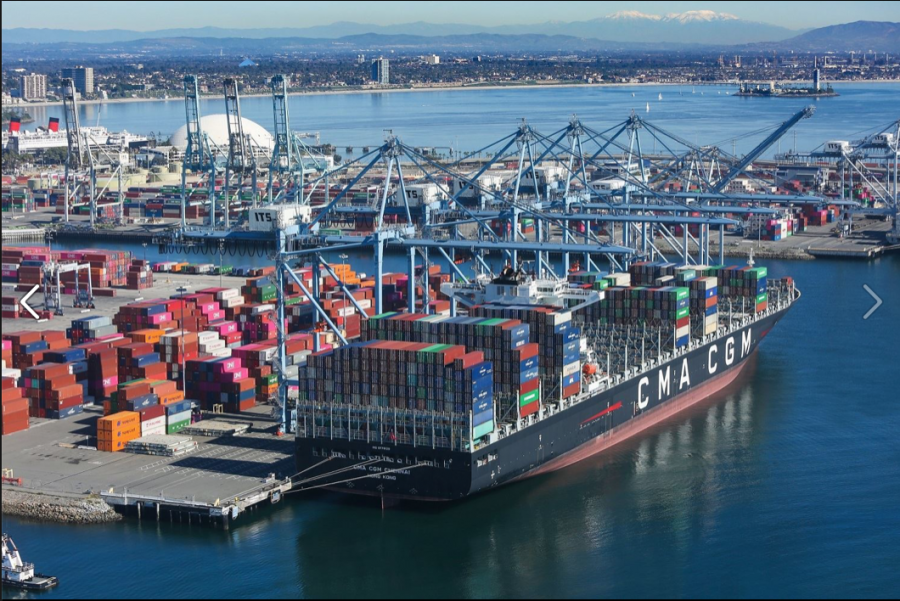 The port is being sold to an Australian company in a “tremendous feat and a huge victory for U.S. national security”…

China may be waltzing into the US gold futures market tomorrow, but they’re packing their bags when it comes to the communist nation’s control of the second busiest container port in the United States.

From Judicial Watch (bold and bold added for emphasis):

Under a long-term deal sealed by the Obama administration, a Chinese Communist company was set to control the second-busiest container port in the United States. In an unreported Trump administration victory, the Communists are out after a drawn-out national security review forced a unit of China-based COSCO Shipping Holdings Co. (Orient Overseas Container Line—OOCL) to sell the cherished container terminal business, which handles among the largest freight of imports into the U.S.

It all started with a 40-year container terminal lease between the Port of Long Beach in southern California and Hong Kong. The Obama administration proudly signed the agreement in 2012 giving China control of America’s second-largest container port behind the nearby Port of Los Angeles. One of the Trump administration’s first big moves was to get the Communists out of the Port of Long Beach. After a national security review and federal intervention, the Long Beach terminal business, which handles millions of containers annually, is finally being sold to an Australian company called Macquarie Infrastructure Partners. That essentially kills China’s decades-long contract with the Obama administration.

The deal never should have been signed in the first place considering the facility’s size, significance and the national security issues associated with a hostile foreign government controlling it. The southern California port is the premier U.S. gateway for trans-Pacific trade, according to its website, and handles trade valued at more than $194 billion annually. It is one of the few ports that can accommodate the world’s largest vessels and serves 140 shipping lines with connections to 217 seaports around the world. The facility encompasses 3,200 acres with 31 miles of waterfront, 10 piers, 62 berths and 68 post-Panamax gantry cranes. In 2018, the Long Beach port handled more than 8 million container units, achieving the busiest year in its history.

Removing Chinese Communists from this essential port is a tremendous feat and a huge victory for U.S. national security. You’d never know it because the media, consumed with the impeachment debacle, has ignored this important achievement. The only coverage of the finalized transfer is found in Long Beach’s local newspaper, which published a brief article omitting important background information on the Trump administration’s work to take back the terminal from the Communists. The story makes it seem like a regular business transaction in which “a Chinese state-owned company, reached a deal to sell the terminal, one of the busiest in the port, for $1.78 billion.” The piece also quotes the Port of Long Beach’s deputy executive director saying that the transaction process was intricate and involved one of “our most valuable port assets.” Buried at the bottom of the article is a sentence mentioning that the U.S. government, which regulates mergers for antitrust and security reasons, stepped in and required COSCO to sell its rights to the container terminal.

In the last few years China has bought cargo ports throughout the world, including in Latin America, the Indian Ocean and Mediterranean Sea. Chinese-owned ports are located in Greece, Italy, Spain and other European locations. In sub-Saharan Africa there are dozens of existing or planned port projects funded or operated by China, according to a study that highlights the threat the Chinese investments present to U.S. influence in the region. One troubling analysis points out that “COSCO’s commercial expansion has created leverage for Beijing — leverage that has already resulted in countries that host COSCO ports adopting China’s position on key international issues.”

On Friday, I said that gold is arguably the most important national security concern for any nation, the United States included.

Anybody who doesn’t understand how gold is the ultimate, last-ditch tool could ask Venezuela or Iran about gold.

Somebody once said something like “I don’t care who is in government as long as I control the money”.

Yet when it comes to the very most important thing to a nation’s security?

I’ve already proven Trump will never do anything “good for gold”.

In fact, he’s letting China waltz into the US gold market.