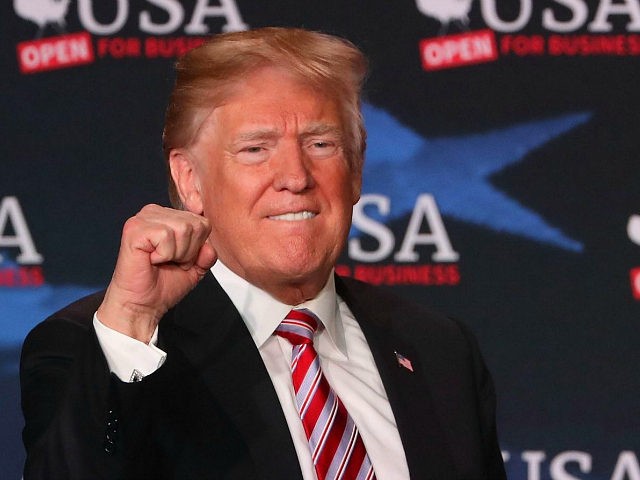 “This has the president’s supporters and also independents engaged and in the campaign and supporting President Trump in ways that they were not doing before to this level of intensity, and we have Nancy Pelosi and the impeachment inquiry to thank for that,” Trump’s campaign communications director, Tim Murtaugh, said during a call with reporters on Monday afternoon.

Since Pelosi announced the impeachment inquiry, Trump’s reelection campaign and the Republican National Committee raised $15 million dollars in 72 hours, according to the campaign, about the same amount Joe Biden raised in the entire third quarter.

Previously, the campaign’s biggest surge of support was after the Robert Mueller report was released in April, according to Trump campaign staffers. The campaign recalled raising a million dollars from supporters in just 24 hours. After Pelosi announced the impeachment inquiry, the campaign experienced five times the support — raising $5 million in 24 hours.

“It’s not just limited to Republicans, we don’t think. This is the sort of thing that gets Americans really fired up,” Murtaugh said, “attempts to undo a legitimate election because of strictly political motivation.”

The campaign noted that since the impeachment inquiry was announced, donations from 50,000 first-time online donors came in.