– With Warnings Of A Global Protein Shortage Ahead, Prepare Now While We Still Can

Back on October 14th, Michael Snyder over at the Economic Collapse Blog put out this story titled “40 Million Americans Already Don’t Have Enough Food To Eat – And Here Is Why It Will Soon Get A Lot Worse” within which he reported this sign of trouble ahead: Local food banks are really pressing hard for donations right now because things are starting to get really, really right.

Reporting within his story that ‘Feeding America‘ serves roughly 4 billion meals each year through 200 different food banks and 60,000 meals programs, Snyder asks a great question: “What happens when the need for food dramatically escalates and the food banks start running empty?”

And while some have doubted the legitimacy of warnings of a coming food crisis, as we hear from US Republican Congressman Ted Yoho from Florida in the must-watch video we’ve embedded directly below, a global food crisis is indeed unfolding this very moment with the massive spread of African Swine Fever throughout Asia killing off as many as 1/4 of the pigs around the planet, leaving a tremendous hole now expected in the meat-protein global supply chain.

In fact, as Kurt Nimmo had reported at Infowars all the way back in 2011, even Barack Obama’s government knew of ‘food trouble‘ ahead (‘manufactured‘?), with Stewart Rhodes of the Oathkeepers warning in that 2011 story of FEMA’s connection to Obama’s Executive Order 10999: “DHS/FEMA wants to know which Americans have food storage so the federal government can at some future point confiscate that food. Just as with lists of gun owners, compiling such lists is the first step toward future confiscation“.

And with the United Nations now dictating to residents of Utah as this story over at the Washington Standard reported, the UN kicked American journalists out of a US taxpayer funded venue, claiming it was now ‘international territory‘, we’ve been warned that executive order ensures that EVERY food storage facility in each city and town in America, along with every food storage warehouse, packing plant and distribution center, hospital, convenience store and even schools have been carefully catalogued by FEMA/UN and could be taken over within days should a dire food crisis hit America.

So before we continue, this video is a must-watch for anybody who thinks America might not be affected by what’s happening around the world with US farmers already hit by an early October blizzard, drought conditions happening around the world and the globalists ‘geoengineering‘ programs wreaking havoc. And as we hear from a top farmer in a new video from ‘Ice Age Farmer‘ at the bottom of this story, a massive cover-up is being carried out to hide this information from the masses. We thank Congressman Yoho for having the courage to speak out on this.


With the previously mentioned story by Michael Snyder warning that ‘normally’ there wouldn’t be too much reason for concern, but this has definitely not been a ‘normal’ year, as we’ve reported time and again on ANP, crops have been failing across the globe with an early October blizzard in America’s ‘breadbasket‘ having farmers expecting massive crop losses with one politician in North Dakota claiming that the crop losses will be “as devastating as we’ve ever seen” as also heard in the video above.

And while North Dakota state lawmaker Jon Nelson blamed the weather that showed no mercy to farmers and ranchers for the unfolding disaster there, and leftists continue to blame ‘global warming‘ for any so-called ‘abnormalities‘ with the weather, as videographer ‘Ice Age Farmer‘ points out in the next video at the bottom of this story, it’s actually ‘grand solar minimum‘ wreaking havoc with the weather along with the globalists ‘weather modification programs‘ putting the world’s agriculture at risk as heard in the final video below from Dane Wigington.

As this October 3rd story over at Physics World had reported, half the world’s wheat supply may be hit at once by a devastating drought that is still hammering locations around the world according to the Global Drought Information Systems and even left world famous Victoria Falls suffering water shortage as seen in the side by side image below.

While ‘geoengineering‘ programs were long called ‘conspiracy theory‘ by the mainstream media, ‘geoengineering‘ and ‘weather modification programs‘ have now been fully exposed with John Brennan speaking before the Council on Foreign Relations back on June 29th of 2016 and uttering the following.:

Another example is the array of technologies—often referred to collectively as geoengineering—that potentially could help reverse the warming effects of global climate change. One that has gained my personal attention is stratospheric aerosol injection, or SAI, a method of seeding the stratosphere with particles that can help reflect the sun’s heat, in much the same way that volcanic eruptions do.

As promising as it may be, moving forward on SAI would raise a number of challenges for our government and for the international community. On the technical side, greenhouse gas emission reductions would still have to accompany SAI to address other climate change effects, such as ocean acidification, because SAI alone would not remove greenhouse gases from the atmosphere.

On the geopolitical side, the technology’s potential to alter weather patterns and benefit certain regions at the expense of others could trigger sharp opposition by some nations. Others might seize on SAI’s benefits and back away from their commitment to carbon dioxide reductions. And, as with other breakthrough technologies, global norms and standards are lacking to guide the deployment and implementation of SAI. 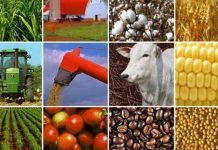