by Vicki Batts, via The Common Sense Show: 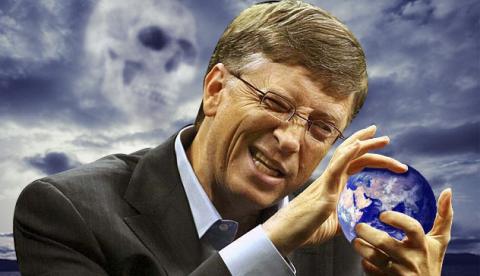 Carbon Engineering, a company owned by Bill Gates and backed by Big Oil, wants to tackle climate change by pulling carbon dioxide right out of the air and using it to manufacture gasoline. Big Oil’s most fervent pipe dream is undoubtedly turning gasoline into a renewable  (but expensive) resource — but there are substantial concerns about the environmental ramifications of such a process.

First and foremost, carbon dioxide (CO2) is literally essential for life on earth. Plants need CO2 for energy, it is an integral part of the photosynthesis process. Without CO2, plants will starve and die. There is also the moral quandary of using CO2 to create gasoline — which, if you believe climate alarmists, is basically the sole driver of climate change and CO2 emissions.

So basically, Carbon Engineering wants to use CO2 to make…more CO2. And this, they claim, will solve climate change. While Carbon Engineering has been focused on creating the technology to pull CO2 from the air, it seems as though they’ve neglected the practical reality of using CO2 to make gasoline, of all things.

As CNBC reports, Carbon Engineering has just announced that their first commercial plant is in the works. This Bill Gates and big-oil backed company wants to fight climate change by sucking CO2 from the air —and making gasoline from it. The company, which is partially owned and funded by Bill Gates, is pairing up with Occidental Petroleum to help bring the technology to market.

The Canada-based company says they can remove one metric ton of CO2 from the atmosphere for just $94. Past research on DAC (direct air capture) technology suggested it would cost $600 per metric ton of CO2 removed, making the concept unaffordable.

Carbon Engineering worked with Harvard scientists to create a new technology for the process. Relying on limestone, hydrogen, air and not much else, the team says they can remove CO2 from the atmosphere to create liquid fuel.

This sounds all well and good — until you realize that sucking CO2 from the atmosphere isn’t going to do our planet any good.

CO2 is good, climate alarmists are not

There is a fundamental flaw with Carbon Engineering’s scheme that even the liberal media can’t ignore: Pulling CO2 from the atmosphere and using it to create fuel will not reduce overall emission production.

In other words, changing where we get the fuel from will not change how much of it people are using. Regardless of your views on climate change, climate change alarmists have been squarely focused on the effects of “emissions” like CO2 — and mostly that which comes from cars. Turning CO2 into fuel that will ultimately be used to produce more emissions doesn’t seem like a very efficient way to combat climate change. Even if you believe in climate change, this idea just doesn’t hold water.

Consider the fact that CO2 is actually essential for plant life to thrive, and suddenly Gates’ company seems a lot more menacing. Pulling CO2 from the atmosphere will have a devastating effect on virtually all life on Earth. Without it, plant life cannot continue — and once the plants die, everything else will follow suit.