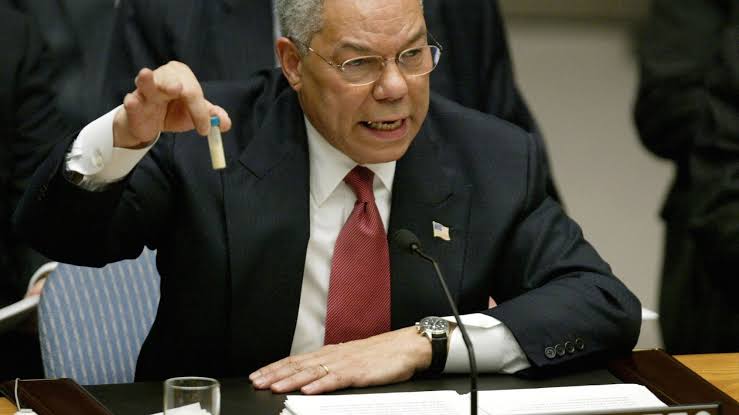 The same crowd who have made a recent career of slamming President Trump have some explaining of their own to do.

The Bush cabal are, simply put, Professional liars, according to CIA documents made public long after the Bush presidency. We travel back to when Trump announced his campaign for president while at the same time, the CIA threw Bush under the Iraq bus:

Some 17 years ago, the intelligence community concluded in a 93-page classified document used to justify the invasion of Iraq that it lacked “specific information” on “many key aspects” of Iraqi President Saddam Hussein’s weapons of mass destruction (WMD) programs.

But that’s not what top Bush administration officials said during their campaign to sell the war to the American public. Those officials, citing the same classified document, asserted with no uncertainty that Iraq was actively pursuing nuclear weapons, concealing a vast chemical and biological weapons arsenal, and posing an immediate and grave threat to US national security.

Congress eventually concluded that the Bush administration had “overstated” its dire warnings about the Iraqi threat, and that the administration’s claims about Iraq’s WMD program were “not supported by the underlying intelligence reporting.” But that underlying intelligence reporting — contained in the so-called National Intelligence Estimate (NIE) that was used to justify the invasion — has remained shrouded in mystery until now.

The CIA released a copy of the NIE in 2004 in response to a Freedom of Information Act (FOIA) request, but redacted virtually all of it, citing a threat to national security. Then last year, John Greenewald, who operates The Black Vault, a clearinghouse for declassified government documents, asked the CIA to take another look at the October 2002 NIE to determine whether any additional portions of it could be declassified.

The agency responded to Greenewald this past January and provided him with a new version of the NIE, which he shared exclusively with VICE News, that restores the majority of the prewar Iraq intelligence that has eluded historians, journalists, and war critics for more than a decade. (Some previously redacted portions of the NIE had previously been disclosed in congressional reports.)

‘The fact that the NIE concluded that there was no operational tie between Saddam and al Qaeda did not offset this alarming assessment.’

For the first time, the public can now read the hastily drafted CIA document  that led Congress to pass a joint resolution authorizing the use of military force in Iraq, a costly war launched March 20, 2003 that was predicated on “disarming” Iraq of its (non-existent) WMD, overthrowing Saddam Hussein, and “freeing” the Iraqi people.

A report issued by the government funded think-tank RAND Corporation last December titled “Blinders, Blunders and Wars” said the NIE “contained several qualifiers that were dropped…. As the draft NIE went up the intelligence chain of command, the conclusions were treated increasingly definitively.”

An example of that: According to the newly declassified NIE, the intelligence community concluded that Iraq “probably has renovated a production plant” to manufacture biological weapons “but we are unable to determine whether agent research has resumed.” The NIE also said Hussein did not have “sufficient material” to manufacture any nuclear weapons and “the information we have on Iraqi nuclear personnel does not appear consistent with a coherent effort to reconstitute a nuclear weapons program.”

One of the most significant parts of the NIE revealed for the first time is the section pertaining to Iraq’s alleged links to al Qaeda. In September 2002, then-Secretary of Defense Donald Rumsfeld claimed the US had “bulletproof” evidence linking Hussein’s regime to the terrorist group.

“We do have solid evidence of the presence in Iraq of al Qaeda members, including some that have been in Baghdad,” Rumsfeld said. “We have what we consider to be very reliable reporting of senior-level contacts going back a decade, and of possible chemical- and biological-agent training.”

But the NIE said its information about a working relationship between al Qaeda and Iraq was based on “sources of varying reliability” — like Iraqi defectors — and it was not at all clear that Hussein had even been aware of a relationship, if in fact there were one.

“As with much of the information on the overall relationship, details on training and support are second-hand,” the NIE said. “The presence of al-Qa’ida militants in Iraq poses many questions. We do not know to what extent Baghdad may be actively complicit in this use of its territory for safehaven and transit.”

The declassified NIE provides details about the sources of some of the suspect intelligence concerning allegations Iraq trained al Qaeda operatives on chemical and biological weapons deployment — sources like War on Terror detainees who were rendered to secret CIA black site prisons, and others who were turned over to foreign intelligence services and tortured. Congress’s later investigation into prewar Iraq intelligence concluded that the intelligence community based its claims about Iraq’s chemical and biological training provided to al Qaeda on a single source.