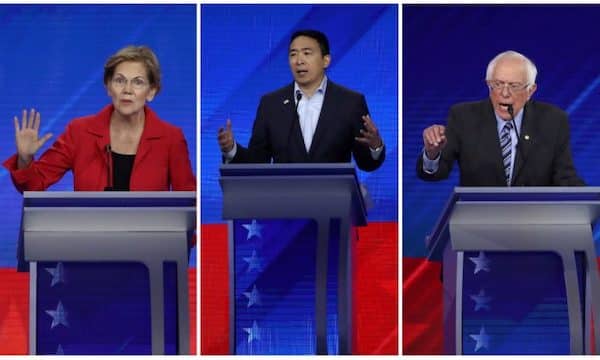 International Man: Elizabeth Warren proposed an annual tax on a person’s wealth. What do you make of this?

Doug Casey: When you tax something, you discourage it. If Elizabeth Warren wants to tax people’s wealth, that’s going to encourage people to hide their wealth. And discourage them from getting wealthy. So, it’s poison from an economic point of view.

But it’s even worse from an ethical or spiritual point of view. It sends a signal that wealth is evil. That it has to be kept under control and limited. That a political priesthood should determine how much is enough and who should get it. It’s especially perverse in that people like Warren act like they have the moral high ground. When in fact, they’re in the moral gutter.

She says she’s pushing it to keep people from getting “too wealthy,” which is actually insane. It’s exactly the opposite of what we should want. We want to encourage everybody to become very wealthy so that everybody’s a capitalist. Worse, the proceeds of a wealth tax go to the state—the worst place it can go. It will increase the size of government, and the capital will be dissipated, at best. Perhaps it will be redistributed to a well-connected crony capitalist or used to further corrupt the poor with handouts. Bad news all around.

The hatred of the rich is, however, somewhat understandable. Why? Because so many of them became incredibly wealthy by becoming cronies and gaming the political system. Most of their money was gained through theft, not production. The way to prevent that is to get the state out of the economy. Not make the state and its cronies bigger and stronger by directing more tax revenues to it.

But there are other consequences of a wealth tax.

Every American is going to have to file a balance sheet with the government, not just an income statement the way we currently do for the IRS. They’ll know, under penalty of perjury, not just what we earn, but what we have.

A wealth tax is extremely anti-freedom. Plus, it will require the hiring of thousands more IRS agents, just the opposite of what we want to do. We want to abolish the IRS, not make it larger.

A wealth tax is a completely insane idea, from absolutely every point of view. It has no positives.

International Man: Initially, the government would hit only the rich with the wealth tax. But that’s precisely how proponents sold the federal income tax to the American people, and look at the monstrosity it has grown into today. Do you think the same thing could happen if someone like Warren institutes a wealth tax?

International Man: Cory Booker wants reparations for descendants of slavery. What are your thoughts on this?

Doug Casey: Another completely insane idea. It’s guaranteed to create much more antagonism between the races—where just by virtue of being black, you receive lots of money from white people. Even though no American blacks have ever been slaves.

Nor their parents. In fact, no black person in the country today has anything closer than a great-great-grandparent who was a slave. The idea is criminally insane. It’s all about theft based on race. So it’ll only create more antagonism between whites and blacks. In addition to opening up questions like, “What percentage black do you have to be?” 100%? 50%? A quarter? An eighth?

Would you lie like Elizabeth Warren to capture a benefit based on your possible racial background? This opens up a Pandora’s box filled with race hatred, corruption, and millions of lawsuits

Entirely apart from that—although it’s perverse—blacks in the United States should be happy their ancestors were stolen from Africa. As bad as things were for slaves in this country, they would have been even worse off in Africa—where they would also have been slaves. Africa is full of de facto slavery even today, even though it was legally—cosmetically—abolished in 1982 in the last country to have it, Mauritania. And their descendants would have been much, much worse off. They would have had none of the myriad advantages of being in a Western country.