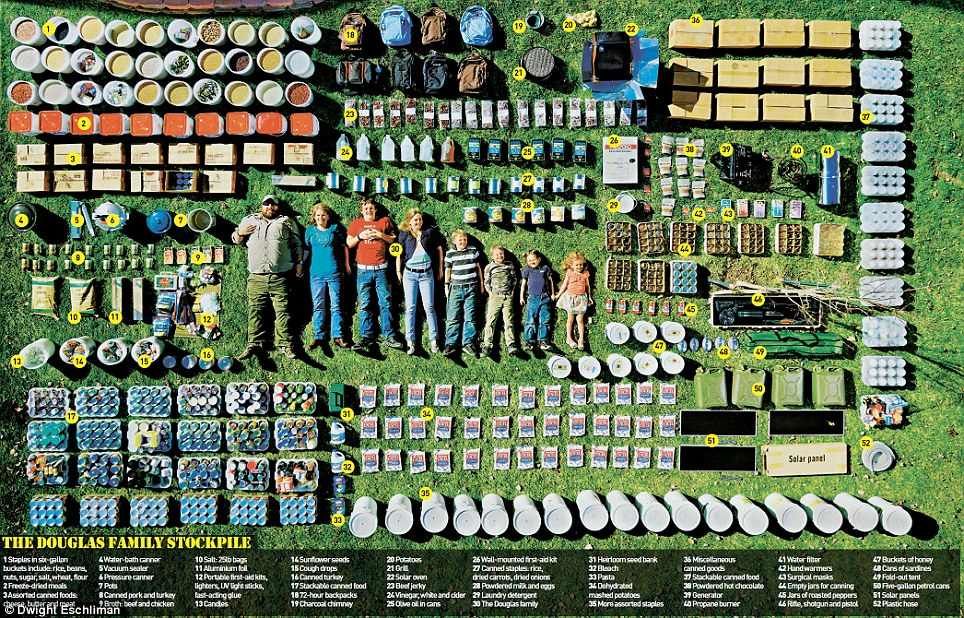 I live in the UK and have been prepping for twelve months. Two things worry me: Brexit and Grid Down. I’ll mention Brexit, but this article is about testing my plan for Grid Down.

Brexit is the plan for the UK to leave the European Union (EU). Most of what we consume comes from Continental Europe and we are told that the UK government has got effective contingency plans to cope with leaving the EU. There is nothing in place, however, to import food. Panic buying will empty a supermarket within hours and the distribution hubs only hold food for 5 days. Day 6 could see us very hungry.

Since the fiasco of March 2019, it is estimated that a third of UK households have stockpiled three months of food, just in case. As a committed Prepper, I have gone beyond just three months of food: I have a few basics for water filtration, security, hygiene etc. We also practice meals based on dry and tinned food, with minimal washing up.

The UK has one National Grid, built in the 1960s. It is maintained, but has not been upgraded. We get power failures every few years, usually for about 24 hours or so and it is this scenario I wanted to test. Our last significant power failure, when we lost power for three days, was five years ago. For my wife and I, and two teenage daughters, it was an unmitigated disaster. As soon as my daughters realised that they couldn’t wash their hair or charge their phones, they left! I wanted to do better next time.

I must also mention that 90% of people in the UK live in suburbs, and the UK is too small and too densely populated for “bugging-out”. Even if I owned a farm house in Wales as a second home, the locals certainly wouldn’t welcome our arrival.

Houses in the UK are very different from those in North America:

PREPARING TO TEST THE PLAN

Since the last power cut, and during the last twelve months in particular, I have given a lot of thought, (and watched a lot of YouTube videos) about preparedness. I did three specific things to prepare for the test:

So, last Thursday we did the weekly shop and filled up the car, and 6pm on Friday I flicked the switch for the 72 hours of Grid Down. With two adjustments – I kept on the power to the deep freezer (but not the fridge). If the deep freeze is full, the contents should stay frozen for 7 days. And I turned off the 4G on our phones. I wanted to make the isolation feel genuine. And no trips to the petrol station or Supermarket, because they both need electricity to operate and wouldn’t, therefore, be an option.

Well, not much really. We had soup and a bread roll for supper, then an early night. I read for a bit by candle light, then caught up on a lot of sleep. I also snapped a glow light and put it in the bathroom. My wife and I are both of an age when we need to go to the toilet during the night!

Next morning, I heard the kettle whistle and realised that the morning coffee was on route. And the rest of the time – the days were quiet and relaxed. I couldn’t do any DIY, because that needs power tools, but I could do some gardening. Digging borders and raking leaves uses muscle, not electricity. Apart from that, we went for walks, read a lot, and talked to each other. All things we haven’t really done in decades. For Saturday night, we sat at the kitchen table, and did a crossword until 10pm by candlelight. It was idyllic.

There were, however, three odd events. First, a neighbour came round to ask a question – I didn’t know the answer, so she whipped out her mobile to check something. Oops, no internet. I had to explain that I had problems with my wireless connection, while she muttered about the inconvenience of having to turn on her 4G and use her data. I certainly didn’t want to admit that I am a prepper in case she lays siege to my tins of spaghetti hoops on Day 6!

Second, one evening we came home from a walk in the dark. There were candles in the hallway, but the lighters were in the kitchen. So I had to crash through the house, falling over shoes, slippers and shopping trying to get to the kitchen and find a lighter. The lesson – know where your candles are and keep a Bic lighter as part of your EDC.

Third, my wife cheated! Sunday morning, she woke up at 7am, crept downstairs, turned the iron on and did an hour of ironing. After 30 years of marriage, I have learnt when to keep my mouth shut. Personally, I wouldn’t have a problem with turning up to work in an un-ironed shirt, but she couldn’t cope with looking at a load of un-ironed washing for more than 48 hours. Only the English could lose sleep about not doing the ironing! Best that I can say is that we are all different.

WHAT DID I LEARN?

Quite a lot: we have gas central heating, so the hot water wasn’t heated at all during the 72 hours. By limiting our use to sinks for either washing up or personal hygiene, we still had plenty of hot water after 3 days.

With regard to our mobiles, by limiting our use to telephone calls and texts (no Apps), the battery didn’t drop below 50%.

A stovetop kettle is a must (if you are used to an electric kettle), and a glow light in the bathroom is pure genius.

I learnt a lot about candles – Price’s household candles are excellent – they burn slowly and with a bright light. Tea lights are okay for background, but don’t help you see. Scented candles in glass jars are variable, but tend towards useless. For a prolonged period, I estimate that I’ll need 4 household and four tea lights/ day. For my long term preps – three months (worst case?), this is 360 of each. Tea lights are cheap and cheerful, but this is a significant investment for household candles.