Seismic activity in California appears to be heating up again.  Could it be possible that the swarm of earthquakes that has hit San Francisco over the past couple of days is a precursor to a larger seismic event?  The California coastline sits directly along the infamous “Ring of Fire”, and scientists assure us that it is just a matter of time before “the Big One” hits the state.  Of course most of the time when we talk about “the Big One”, most people immediately envision a geography-altering earthquake in southern California, and we have been warned repeatedly that such an event is coming someday.  However, northern California is quite vulnerable as well, and a repeat of the horrific 1906 San Francisco earthquake is definitely not out of the question.  Today, the real estate in the San Francisco Bay Area is some of the priciest in the entire nation, but much of that real estate could potentially be reduced to rubble in just a matter of moments.  Millions of Californians are literally living on a ticking time bomb, and at some point time will run out.

Late on Monday, a magnitude 4.5 earthquake in the Bay Area made headlines all over the nation…

A magnitude 4.5 earthquake was felt widely in the San Francisco Bay Area at 10:33 p.m. Monday, with the epicenter in the Walnut Creek and Pleasant Hill areas.

A quake of that size is definitely newsworthy, and it was immediately followed by more than two dozen aftershocks…

Three foreshocks preceded the quake (the largest measuring 2.5) and 26 aftershocks followed, according to Keith Knudsen, deputy director of the USGS Earthquake Science Center in Menlo Park.

But the USGS assured us that there was only “a 2% chance” that we would see an aftershock greater than magnitude 4.5 over the next seven days…

The USGS said there was a 2% chance of one or more aftershocks larger than magnitude 4.5 over the next week, and as many as four aftershocks of magnitude 3 or higher. “The number of aftershocks will drop off over time, but a large aftershock can increase the numbers again, temporarily,” the USGS said in its aftershock forecast.

So what do you think happened next?

Yes, just a short while later the San Francisco Bay Area was hit by a magnitude 4.7 earthquake…

A magnitude 4.7 earthquake shook the ground in Salinas around 12:42 p.m. local time Tuesday, according to the U.S. Geological Survey. It came hours after a magnitude 4.5 quake hit the San Francisco Bay Area.

So what should we make of the fact that the USGS has been dead wrong in their forecasts time after time?

Later on, seismologist Lucy Jones insisted that the two large quakes were not related…

According to Dr. Lucy Jones, a southern California seismologist, Tuesday’s quake is not connected to Monday’s quake in San Francisco.

And she knows that how?

The truth is that the behavior of earthquakes remains a great mystery for our top scientists, and they really can’t tell us what is going to happen in the future with any sort of accuracy whatsoever.

The “experts” would have us believe that massive quakes like the one that struck San Francisco in 1906 happen “about every 200 years”, but they don’t really know.

To a large degree, many believe that all of this talk about “earthquake intervals” is just a bunch of nonsense.

But what everyone agrees on is that it is just a matter of time before more giant earthquakes rattle the state.  The following description of the horrific 1906 earthquake comes from the official USGS website…

The California earthquake of April 18, 1906 ranks as one of the most significant earthquakes of all time. Today, its importance comes more from the wealth of scientific knowledge derived from it than from its sheer size. Rupturing the northernmost 296 miles (477 kilometers) of the San Andreas fault from northwest of San Juan Bautista to the triple junction at Cape Mendocino, the earthquake confounded contemporary geologists with its large, horizontal displacements and great rupture length. Indeed, the significance of the fault and recognition of its large cumulative offset would not be fully appreciated until the advent of plate tectonics more than half a century later. Analysis of the 1906 displacements and strain in the surrounding crust led Reid (1910) to formulate his elastic-rebound theory of the earthquake source, which remains today the principal model of the earthquake cycle.

At almost precisely 5:12 a.m., local time, a foreshock occurred with sufficient force to be felt widely throughout the San Francisco Bay area. The great earthquake broke loose some 20 to 25 seconds later, with an epicenter near San Francisco. Violent shocks punctuated the strong shaking which lasted some 45 to 60 seconds. The earthquake was felt from southern Oregon to south of Los Angeles and inland as far as central Nevada. The highest Modified Mercalli Intensities (MMI’s) of VII to IX paralleled the length of the rupture, extending as far as 80 kilometers inland from the fault trace.

As our planet continues to become increasingly unstable, California will eventually be hit by much larger quakes than that.

Following the earthquakes that just struck San Francisco, some residents commented on social media that they had just gotten a preview of “the Big One”…

One person, Evie, wrote on the social media site: “That was the biggest earthquake I’ve felt so far in California. Wow. A taste of what the ‘big one’ is going to be like. Pretty scary.”

Another local, Gary, said: “These earthquakes are becoming more frequent lately. We’re due for the big one and I feel like it’s coming.”

No, actually the quakes that just happened are not even worth comparing to what “the Big One” will be like someday.

According to the USGS, a magnitude 9.0 earthquake would release 2,818,382 as much energy as the magnitude 4.7 earthquake that we just witnessed.

So let’s not get carried away. 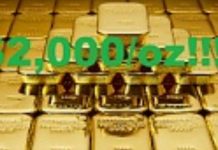