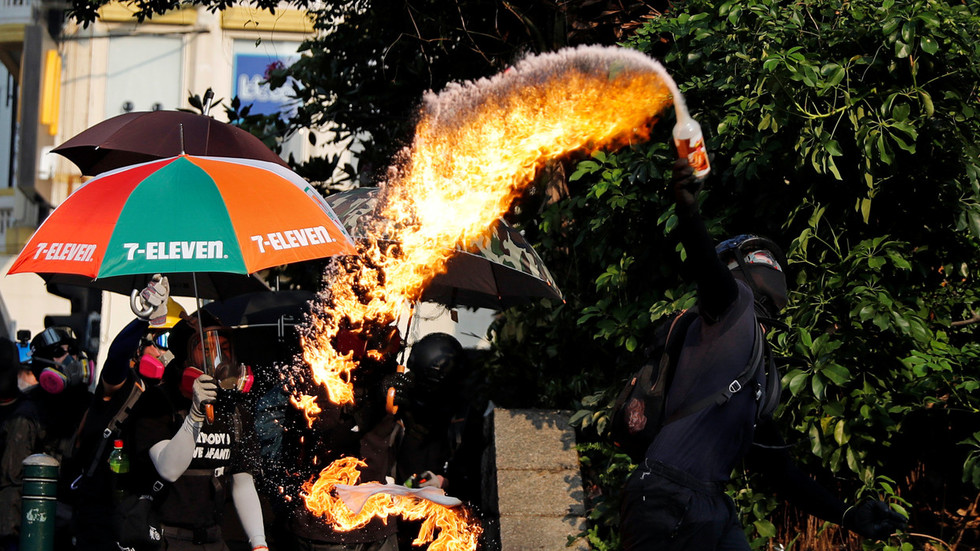 Footage released by Ruptly shows several protesters hurling petrol bombs over the fence around the Tsim Sha Sui police station, resulting in several small blazes around the compound. Police were quick to put out the fire, and deployed tear gas and water cannons in an attempt to disperse the mob.

The harrowing scenes were part of a massive demonstration that saw tens of thousands take to the street on Sunday.

The moment a Molotov cocktail hit the riot police frontlines from above on Sunday. #hongkong #hongkongprotests #antiELAB #china Vid: HKFP.

In another video, protesters throw a Molotov cocktail at a group of riot police, setting fire to the footwear of several officers. The cops are then seen trying to frantically put out the flames.