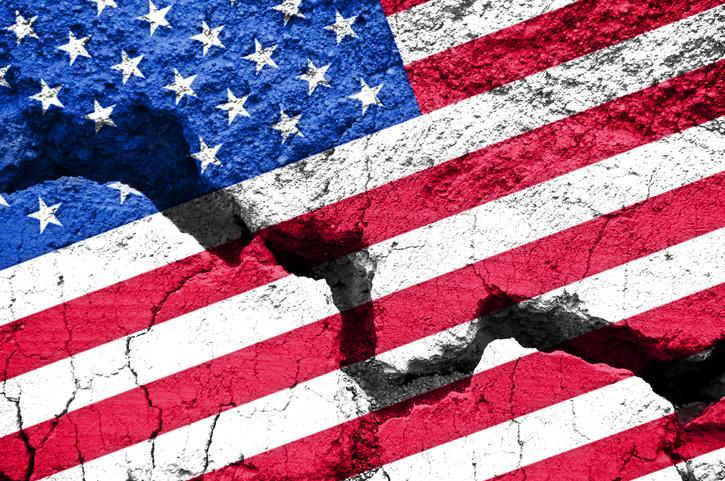 Can the increasing politicization of life in America be stopped, or even slowed?

by Jeff Deist via Mises

Can the increasing politicization of life in America be stopped, or even slowed?

To be sure, average Americans do not want this. Most people prefer not to lead overly political lives, beyond perhaps voting once in a while and grumbling about taxes or potholes. Most people prefer to focus on work, family, hobbies, sports, or a million other pursuits instead of politics. We watch the game instead of attending the Tuesday night city council meeting. But increasingly we all feel the pressure, drawing us inexorably into a highly-politicized world which demands we take binary “sides” on Trump, impeachment, abortion, guns, climate change, and far more. This politicization seeps into our jobs, family lives, neighborhoods places of worship, social interactions, and even our sports and entertainment.

The most salient feature of national politics in 2019 America is its lack of pretenses. The two political Americas, represented by Red and Blue teams, no longer pretend to share a country or any desire to live peaceably together. Much has been made of this cold civil war on both the Left and Right, and much of what has been made is probably over-hyped. Americans, after all, are materially comfortable, soft, addled, diabetic, and rapidly aging; the over-65 population is set to double in the coming decades. Hot civil wars require lots of young men with nothing to lose who are not busy playing Fortnite. But the overall mood of the country is decidedly hostile and suggestive of irreconcilable differences.

So how does our political system address this? By throwing gasoline on the fire, in the form of another national election in 2020. That looming contest already tells a story, it’s not about healing or coming together. Today the political class is more open about its desire to hurt and punish opponents; in fact, revenge and punishment feature prominently in the political narratives that fill our media feeds.

Hillary Clinton recently quipped that maybe she should run against Donald Trump in 2020 and “beat him again,” openly positioning her personal vendetta as the rationale for seeking the presidency. “The issues,” such as they are, take a distant backseat to her more pressing goal of defeating both Trump and his voters in a visceral way. Her 2020 candidacy, should it materialize, will coalesce around revenge: voters failed her not once but twice, in 2008 and 2016. Her campaign, almost by necessity, will be a scorched-earth exercise in revenge against the Deplorables.

Her potential Democratic primary rival Elizabeth Warren, meanwhile, appeared last week at an LGBT equality town hall—organized by CNN for the express purpose of further politicizing sex and sexuality (so much for pre-political rights). In response to a softball question about gay marriage (likely planted), Warren sneered that a hypothetical religious man should marry a woman “if he can get one.” Needless to say the audience loved it, which tells us less about Warren’s safe, vanilla views than it does about the setting and mood of attendees. Identity politics is required, not optional.

These presidential aspirants, like Trump, no longer care to maintain a facade of representing all Americans or smoothing over divisions when elections are over. Nobody runs for president to represent all Americans, and of course, nobody could in a far-flung country of 330 million people. Candidates who give lip service to the idea, as Tulsi Gabbard and Andrew Yang have, gain little traction in the media-driven bloodsport. The presidency is about winning either Red or Blue America, not both, and presidential candidates will be far more open about this in 2020—and with their hostility for the Electoral College. They are in the business of winning at all costs, not persuading. 51% of the electorate will do, and the rest deserve to suffer for not going along with the program.

The standard explanations and justifications for politics are breaking down. Democratic consensus and needful compromise and good governance were always empty bromides, but today our political overlords understand and pander to an altogether different mood. The Trump presidency, like the Brexit vote, was never accepted by the same elites who spent the early 21st century gushing about the sanctity of democracy. The entire pretense for democratic politics, ostensibly the peaceful transfer of political power and the consensual organization of human affairs, now gives way to new and uncomfortable questions. What if we cannot vote our way out of this? What if the structural problems of debt and entitlements and central banking and foreign policy cannot be solved politically? What if the culture wars are unwinnable? What if we have reached the end of politics as an instrument for keeping American society together?