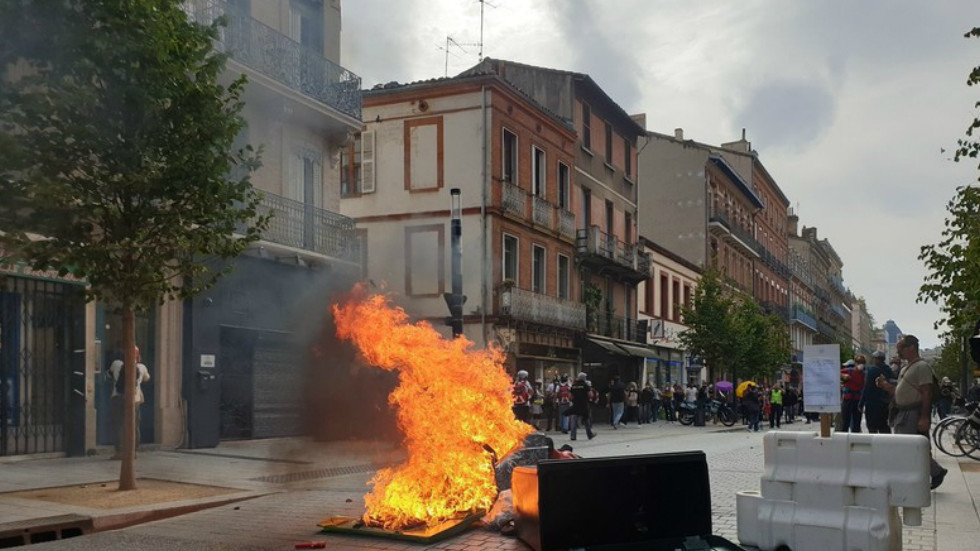 Police in the French city of Toulouse have deployed tear gas and water cannon as Yellow Vest protesters took to the streets for the 48th weekend of mass demonstrations across France.

The city in the south of France has routinely been the scene of large anti-government rallies for the political movement which is nearing its first birthday.

It again saw large crowds gather on Saturday and tensions soon boiled over with police clamping down heavily by using tear gas and water cannon to disperse the gathering.

Demonstrators erected barricades to inhibit the movement of security forces and the makeshift impediments were soon set alight. Clashes broke out, and Rue d’Alsace-Lorraine and other smaller streets in the city center were soon soaked and filled with tear gas, La Depeche newspaper reported.

The Yellow Vest demonstrations began last November as a protest against a planned fuel tax hike, which was set to be introduced by the government of President Emmanuel Macron. The protests were successful in getting Macron to scrap the mooted tax but the movement has since evolved into a wider display of anger at the government’s policies.